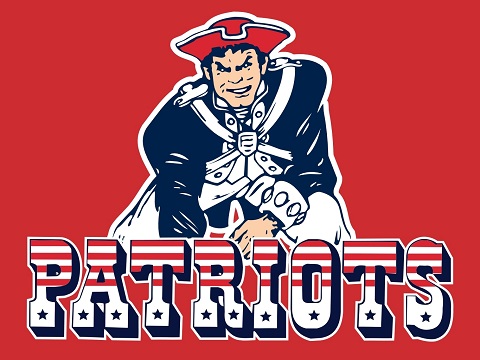 For a sixth straight season, Razzball will be interviewing NFL-team blogs and site contributors for some actual in-depth football knowledge to shed some additional light on our fantasy football knowledge. Keep your eye out for an interview for every NFL team for our Team Preview Series through the summer. This installment comes courteous of our very own Jennifer Warner.

It is all going to depend on Gronk and whether or not he is able to stay healthy and how the knee holds up. Brady is a solid safe pick for any fantasy team and is very easily considered a top 10 QB. Despite being plagued with injuries to his receivers last year, Brady managed to pass for 4,343 yards but only totaled 25 TD’s. Brady has the same fraternity of receivers coming back this year and if they can stay healthy, I would not be surprised to see him to hit the 4,000+ passing yard mark, or hit 30+ TD passes. I will more than likely try to pick him up in my leagues.

Brady’s supporting cast is very interesting again this year. Do you see Julian Edelman as the top target receiver? Where do you feel comfortable drafting both Edelman and Gronkowski?

Brady seems to be going to Edelman a lot in the preseason practices. He hit 11 of 14 passes to him on the 8/4 joint practice with the Washington Football Team. Edelman snagged in a team high 105 passes last year and I would expect to see those numbers equaled or surpassed. Gronk has always been a favorite receiver for Brady, but it is going to depend on his knee, how it holds up, and if he can stay healthy. I am hesitant to grab Gronk simply because of the knee. I am torn though because Brady relies so heavily on Gronk but I am not sure he can play all 16 games after coming off an ACL tear. I will be looking more at Edelman than I will at Gronk simply because I don’t trust that knee fully. I would go early on Edelman and save Gronk for later rounds, but I have been wrong before.

New England is continuing to have a crowded backfield. How well do you believe Stevan Ridley will perform this year? Is Shane Vereen again a worthwhile flex option? Is there anything else we should know about this backfield?

I am not looking too intently at Stevan Ridley this year. After having a horrible case of fumbleitis last year, he has a chance for a fresh start this year with the Blount trade, but I am just not feeling him. It seems like James White may be shouldering most of the workload on early downs as he’s been taking a lot of repetitions in practice and has been doing a lot of goal line work. Reports do state that Ridley is lighter and faster this off season and that he has been focusing on his fumbling problems, but fool me once…I just don’t trust him. I expect to see White cut into a big part of Vereen and Ridley’s workload. If Vereen can stay healthy, I would expect to see numbers trending heavier toward him over Ridley, but the keyword there is if he stays healthy. Another player to keep an eye on would be Brandon Bolden. He could potentially earn some significant playing time if Vereen and Ridley end up with a massive fumbleitis outbreak again.