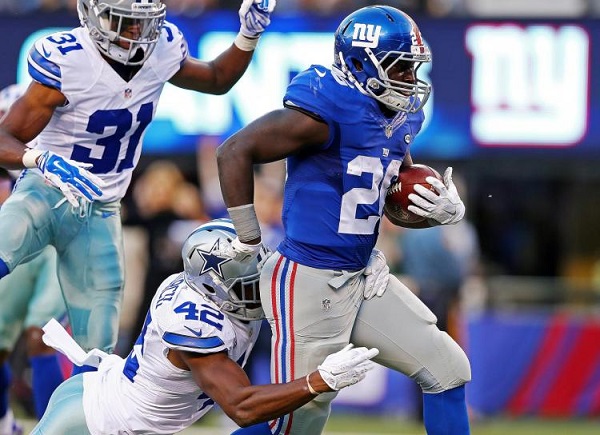 Well, hello my lovelies! Have you missed me over the past two weeks? I know I missed all of you. Being an international sex symbol and all around catch has been exhausting. My Sugar Daddy decided to fly me all over the world for the past two weeks and hence, no time to pay attention to any of you. Well, not really, but it sounded good in my head as I was writing it. How are we faring? It seems none of us can escape a week without the loss of one of our beloved on our rosters and right now our teams are so ugly you wouldn’t even f**k it with your buddy’s d*ck. It’s understandable. Eventually, the lights have to come on after last call and no matter how much you try to convince yourself that you are looking at a winner, there isn’t enough tequila in the world to make that team look sexy enough to bang. Well, that’s where I come in. Let me be your bartender and slip you a roofie or two as we journey into Week 9 of the 2017 season. Ladies and gentlemen, convicts and perverts, I give you Hit it or Quit it, Week 9!

Orleans Darkwa, RB, New York Giants – Okay, I know what you are thinking. Remember that friend’s d*ck and not wanting to touch anything with it? I get it. The Giants have the Fantasy Football equivalent of the Herpes. They have been stricken with some serious Black Widow Curse action this season and most people want to avoid them like the plague. Well, luckily, you aren’t most people and luckily you have low standards (I love you for that, by the way) so this is what you get. Owned at about 20% in most leagues, you could do a lot worse than Partytown Orleans. He played 21-of-59 snaps in Week 7 against Seattle and touched the ball dive more times that Wayne Gillman (hee hee hee, touched the ball). I know that he is not going to be a major fantasy option heading down the stretch of the season, but guys, you are looking at a solid RB3 here in Week 9 coming off a bye. You need action. He can give it to you. Unfortunately, you can throw beads all you want, but you won’t see any boobs in this Orleans. Don’t let that distract you. You and I both know that all of our standards are suspect and we can all see boobs on Cinemax after dark, so go on and do what you know you need to do. Hit it.

Bobby Anderson, WR, New York Jets – What the Hell? Am I in a New York state of mind here tonight as I sit and plug away over these keys? Who knows, but one thing I do know is that with the amount of injuries we have seen already this season, and if they keep up, pretty soon my entire article will be picking up scraps from a single team. Anyhoo, back to business, shall we? Anderson caught 6-of-6 targets for 104 yards and a touchdown in the Jets’ Week 8 loss to Atlanta. What is worth a nod here is the fact that Anderson did quite a bit of damage against Desmond Trufant including blowing by him for a 32-yard touchdown. Sure, like most men he is not consistent, but that is one thing us women have come to expect anyway. Despite this, Anderson has managed 75 yards and/or a touchdown in four of his last six games. The Jets get the Bills in Week 9 so don’t expect constant satisfaction. You can get enough though. Hit it.

Alex Collins, RB, Baltimore Ravens – Okay, so he may not be that pretty to look at, but this monster definitely can satisfy your needs. Collins rushed 18 times for 113 yards and added two receptions for an additional 30 yards in the Ravens Week 8 win over Miami. He has been consistently pumping for 5-6 yard gains and has single-handedly been keeping the impotent Ravens offense out of 3rd-and-long problems. He is currently averaging 5.97 yards per carry and has been begging for more work. The man is a horse and has just been plugging away. He has also been out-touching Buck Allen (oh, that sounded dirty). Don’t let his decreased load in Week 8 scare you. It was purely score-related. Collins is more than on the radar for RB3 and has a pretty sexy/tasty matchup against the Titans in Week 9. Is there really anything more I need to say about this? Do it babes…Hit it.

Tyrell Williams, WR, Los Angeles Chargers – Sometimes you are on the top of everyone’s “Wanna Hit” list, and sometimes you are a walking cold sore. Unfortunately for Williams, he is said cold sore. Figure in limited targets with a bunch of bonehead mistakes (like roping in a long pass only to have it negated because he stepped out of bounds) and you have the perfect reasons to stay away from Williams and leave him where he belongs; on the waiver wire. As if you needed anymore ammo for my argument to convince you to avoid this one, he now has just two pathetic catches over the past two games and has hit 30-yards receiving just once over his past six games. There is nothing for you here and you certainly won’t be satiated at the end of the work on this one. You deserve so much more and so much better than someone who won’t satisfy you. Move on, lover. Quit it.

David Njoku, TE, Cleveland Browns – Okay, let me list this one out for you, just in case playing for Cleveland wasn’t enough for you to stay away: Njoku has yet to have more than three receptions in any game yet this season, he roped in 2-of-7 targets for an impotent 19 yards in Week 8, and was called for pass interference in the fourth quarter. I know what you are thinking, “but Jen, he is a rookie, he has so much potential.” I know. I agree with you. I am just not convinced that potential is going to happen while he is in Cleveland, that’s all. If you want to hold onto him and stream him in reeeeeeaaaaaalllllly deep leagues, then go for it. Anything outside of that and well, you are just asking for a set of blue balls. I am sorry, loves. You gotta Quit it.

Elijah McGuire, RB, New York Jets – What? More Jets? WTF??!! I saved this one for last, because we have all been there. You were the one and only and everyone loved you. Someone gave you all the attention, you were their bae, and they only had eyes for you. Then someone else comes back into the picture and you are all but forgotten. This is the life of Elijah Moore. While Bilal Powell and Matt Forte were out, McGuire was the man and the one to own. He had so much potential, but now that potential is all but forgotten since he barely played at all in Week 8 due to Forte and Powell sharing time at the front of the committee. Unless he pulls some Black Swan shit and takes one of them out (which I would totally do, but that’s just me) he should not be owned in 12 or 16 team leagues. He does retain some potential in deep-league Dynasty leagues, so the choice is yours. Me, I have to Quit it.

There you have it, my loves. Another week of Hit it or Quit it is in the books. As always, remember to follow me on Twitter @Soxfan012 for all of my musings and overall awesomeness. Until next week, stay out of trouble and remember to always…ALWAYS wear a rubber!