So I’ve been looking at different ways to look at this season’s strength of schedule against the rush and pass. What players really have the toughest rows to hoe?  I’m guessing the weediest ones, but I digress.  So I started looking at last year’s team stats and decided to just compile the ones I found most telling.

Soon I will take these compiled rankings and look at the schedules for each team.

The numbers are where each team ranks in that specific category.  Here they are for rush defenses: 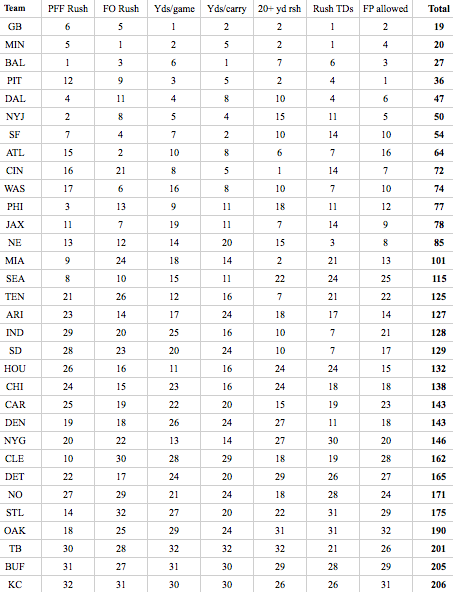 20+ yd rsh: Rankings for number of times an opponent had a run over 20 yards