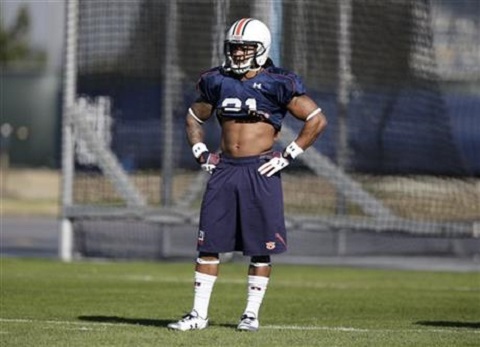 Pfft, what is that? Just a four-pack? I got a six-pack son, and mine are drinkable. ADVANTAGE ME.

There’s a whole lotta talking going on about Tre Mason and his eventual coup against Zac Stacy. While this tandem has held some of the pre-season fantasy football spotlight since the NFL draft, I think we should be more concerned about a coup in St. Louis. What are the global economic ramifications here from this shift in power? And will this historic event cause an intrinsic shift in the geopolitical system that St. Louis is not at all part of? What about the Ozarks in general? Are they no longer going to be highlands full of abandoned El Caminos? I have no idea, but I will say that Zac Stacy’s impending doom seems to be blown way out of proportion lately. But not by me. Totally not. I mean, there are an average of 258 coup’s a minute. (Note: I’m not good with numbers.)

A 5’8″, 207-pound back, Mason clearly has talent. Yes, I do admit this. WE COOL? He has a low center of gravity with above average vision and good quickness. From what I’ve seen, his cuts look good as well (though not as good as Ray Lewis’). And so we could probably assume that his ceiling is Ray Rice, and if that’s the case, hide your fiancée’s. His career at Auburn consisted of 2,979 rushing yards with 32 touchdowns, 1,816 yards and 12 of those touchdowns being produced in 2013. He was a Heisman Trophy finalist, broke Bo Jackson’s single-season rushing yardage school record, and won the SEC Offensive Player of the Year honors. These are all fantastic things, no doubt. They are even more fantastic when you think about how athletic you yourself are. Or maybe that’s just me. But I’m too busy eating this bucket of ice cream, so I don’t have time to think about physical activity.

So what’s the deal? You just spent 200 words hyping the guy… And apparently just spent 12 words asking myself a question, which totally isn’t weird. But there are reasons why he’s overvalued, trust me. First and foremost, dat rookie hype, amiright? Also adding to his price inflation is an aspect of his game I left out above– his ability as a receiver.  He had only 19 career receptions (spanning three years), with 12 coming in 2013. And because of that, everybody is everywhere when trying to describe that part of his game. Because there’s such a wide variety of opinion, I usually just play it safe and land at the middle-ground. Which basically gives us a guy who has flashed good hands, but with such limited exposure, there’s really no telling if his ability to route-run or receiving will play at the NFL level. While this seems more PPR related, which it is, I would still point out that if this is a weak part of Mason’s game, the game planning will reflect that. Moving on, here’s Mike Mayock with a little foodth for thawought.

“The only thing I don’t like is his pass pro(tect). The next time he blocks somebody in pass pro will be the first time.”

ICE BURN. Though it doesn’t really read like Mayock due to the lack of his huge lisp, but he does have a point. While fantasy players may not care about pass blocking, I can assure you coaches do. Quarterbacks do. And if he doesn’t show improvement in this area (there are some reports that describe bad technique and not enough size to sustain contact), you have a guy that will impact your fantasy team just about as much as Christine Michael did last season. And last but not least, I have huge concerns about his ball security. He fumbled 8 times in the last two years. That’s about once every 65 touches. This would be a huge red flag for any offensive principle, especially one that is being hyped as better than Stacy now. Which is silly.

I think Tre Mason is very talented, and I’m sure there’s a bright future available to him. To be fair, most of the issues I have with him are coachable. But how quickly does he make that transition? Sure, he’s looked good in OTA’s, but everyone has. Except Marcus Lattimore, but that happens when your ankles have given up on living. But with the price tag Mason’s at right now, I just don’t see any value here. For everything positive you can say about him, there’s something equally negative, and at the end of the day, there are so many other options that I’d rather buy.