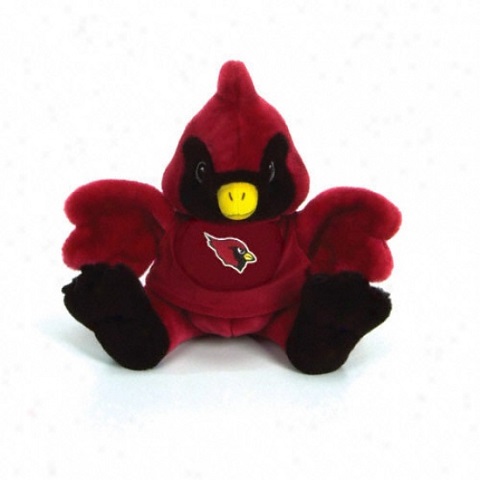 For a sixth straight season, Razzball will be interviewing NFL-team blogs for some actual in-depth football knowledge to shed some additional light on our fantasy football knowledge.  Keep your eye out for an interview for every NFL team for our Team Preview Series through the summer.  This installment comes courteous of Alex Mann from the leading Arizona Cardinals blog: Revenge of the Birds.

Andre Ellington finished as the 25th best RB in fantasy football last year. Do you feel he will finish around the same place this year? Is he going to be the main guy for the Cardinals or will they feature a running back by committee approach?

Ellington will probably do better this season. He didn’t get a chance to see a lot of the ball until their week eight match up against the Atlanta Falcons. I’d look for a top 15 finish this year. As for whether or not he’s the main guy, it’s looking like he is. Arians stated he wants Ellington to get anywhere from 20-25 touches per game. That’s not just him running the ball. He’s effective as a receiver too, so that’s added value as a fantasy player. Arians will likely use a committee approach during matches within the division, just so he doesn’t wear out Ellington against the monster defenses.

How do you view Carson Palmer? Is he a legitimate starter in larger leagues? Is he a bench quarterback? How about a bye week free agent fill in?

Palmer fits all three molds. He threw a lot of interceptions, but 14 of his 22 interceptions came during the first eight weeks of the season, and another four came during the week 16 match against the Seahawks. A year later, you can still expect a lot of interceptions, but nothing to the degree of 20+. He gets you yards, having had five games of 300+ yards, and if you’re in a league where completions count, he had a completion percentage of 63.3%. He can be a plug and play quarterback, or if you love the high reward-high risk he offers, you can roll with him all season.

Where do you believe Michael Floyd should get drafted in fantasy drafts? Do you view him as a WR2 or flex play? What will happen with his production this year?

I see Floyd going in the middle rounds of leagues with larger rosters, and being taken early in smaller roster leagues. I personally believe he’s a third to fourth round selection either way. He should very well be a WR2 on your team. His production is expected to improve from his 1041 yard campaign last year and five touchdowns. Expect he and Larry Fitzgerald to top 10 touchdowns each, and both with 1000+ yards