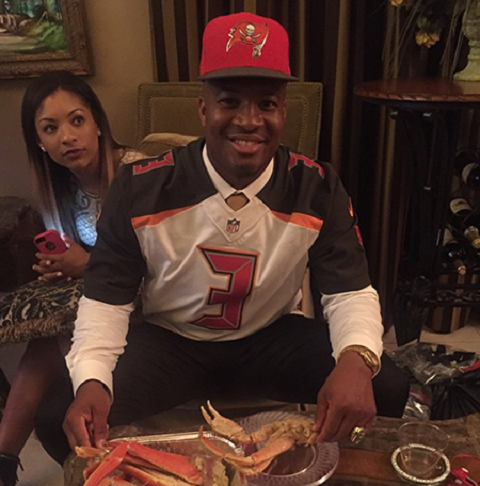 Well, the 2015 NFL Draft is finally over, and after 29 days (okay, to be fair, it was four days), we can finally get a better picture of how roles, players, teams, game-plans, etc. will take shape as we move closer to the start of the season. The draft itself didn’t have many surprises, in fact, the biggest surprise was Chip Kelly not innovating a trade for Marcos Mariota and actually concluding that Sam Bradford is the answer. He very well could be, but we’d never know as his UCL would implode before that point. Regardless, the first round went about as close to the mocks out there as could be expected, and it’s worth pointing out that the Titans will be facing the Browns in Week 1, setting up a potential match-up between Jameis Winston and Mariota. Only the hottest of takes on Winston will be accepted for that week…

As just touched on, Jameis Winston ended being drafted by the Buccaneers as the first overall pick, as was prognosticated by nearly everyone. And those same “everyone” think he’s either the best pick for the Bucs… or the worst. True, there are some major question marks (to be honest, not just major, but very serious question marks…), including some bust potential, but when talking raw athletic ability and ceiling, there was no better quarterback prospect out there. And remember, Winston has been under the spotlight for quite some time, almost two years now, and I doubt the pressure of being the number one overall selection or acclimating to the NFL will be a huge factor this upcoming season. However, playing for the Buccaneers and Lovie Smith, well… that actually might be a factor. In the long run though, the risk/reward here isn’t a detriment (and even if he does go worst case scenario, JaMarcus Russell will continue to show his support, always taking the brunt for all busts… what a guy), and if you are in dynasty leagues or any kind of keeper format, Winston would be a good choice, unless you’re in a redraft league. Or you’re crab legs.

And if that’s the case, Marcus Mariota may be the better quarterback prospect next year. I mean, he may end up being the better quarterback overall as well, but it’s hard to deny the ceiling has a bit more limit than Winston’s does. Despite being involved in several trade rumors, all of them with him ending up on the Eagles (and one random Jay Cutler rumor that was full of LOL), he’ll be playing for Ken Whisenhunt and the Titans. This may not be true at the end of the year if the Titans have another terrible season, but I don’t think Whisenhunt has stopped being an above-average offense-minded coach, and there are some receiving weapons (Justin Hunter, Nate Washington, and sorta-kinda Kendall Wright) that will help carry the load. I like the situation slightly more than the Bucs, but truth be told, both of these quarterbacks should be deep league or keeper league options only.

Amari Cooper was the first receiver off the board (4th overall pick), going to the Raiders. Because it’s the Raiders, I’d probably go with Kevin White (Bears), Nelson Agholor (Eagles), and maybe even DeVante Parker (Dolphins) as being more fantasy relevant going into 2015.

Todd Gurley was the first running back off the board, going as the 10th overall pick to the Rams. This essentially marked the end of Zac Stacy’s career in St. Louis (as he was promptly traded to the Jets for a seventh rounder), but I don’t think this changes the dynamic much for Tre Mason. Then again, who knows anymore with this team? Physically, Gurley is still a work in progress, and I can’t imagine the Rams abusing their first pick by running him out there ad nauseam. I mean, we’ve all seen Gurley’s workout tape…

But with the history of high half back turnover rates on the Rams, you have to wonder if another mid-season transition will occur if (granted, it’s a most definite if) Gurley shows that he’s fully healthy.

The running back that will likely have the most fantasy value, potentially out of the entire draft, is Melvin Gordon, who the Chargers traded two spots up for. While San Diego went into the draft with a plethora of needs, there was a huge gaping hold at the running back position after Ryan Matthews left for the Eagles with little left on the free agent market. The return of Danny Woodhead and emergence of Branden Oliver will certainly limit Gordon to filling the role of a two-down back, but there’s enough potential here to be offensive rookie of the year. He has the talent, the opportunity, and a great supporting cast on offense to flourish, and while this might cause some over-hype as the offseason progresses, at this moment, I’m buying in.