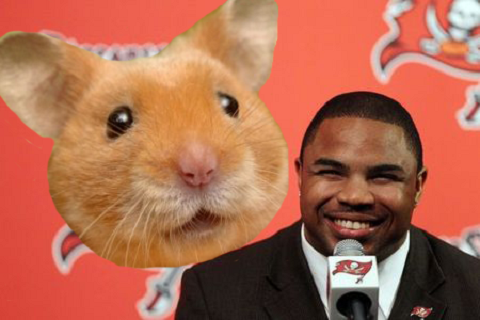 Doug Martin made fantasy owners warm and fuzzy (sorta NSFW) in 2012. After being selected by the Tampa Bay Buccaneers with the 31st overall pick in the NFL Draft, Martin exploded for 1,926 total yards on 319 carries and 49 receptions. He tallied 12 combined touchdowns and ended as the No. 3 running back in standard scoring. Then, 2013 Doug Martin happened. To say Martin was a disappointment is an understatement. Fantasy drafters were selecting him as the No. 2 running back off the board, right behind Adrian Peterson. Before Martin was shut down for the year due to a shoulder injury, he rushed 127 times for 456 yards. He caught 12 balls for 66 yards and only scored one combined touchdown. He ended up scoring 0.8 fantasy points more than Shonn Greene and 2.1 less than Brandon Bolden. So what happened?

REASONS TO BE WARY

FantasyPros currently has Doug Martin as the No. 34 running back off the board, No. 89 overall (Jay has him at No. 31, 83rd overall). That puts him in the seventh round range in 12-team leagues. For perspective, Chris Ivory and Isaiah Crowell are the two above Martin and Darren McFadden and Tre Mason are the two right below.

There has been recent buzz on Martin recently, that has seen his draft stock rise. Mike Mayock said on NFL Network that “apparently Doug Martin looks fantastic…they’re all excited that we’re going to see the Doug Martin of 2012.”

Even with the recent spike in Martin’s stock, the risk/reward remains favorable. There are enough question marks that will keep his value suppressed and Martin has shown that he’s able to be successful in the league. The events that followed his historic rookie year were…crazy.

I don’t think this is a “fool me once, shame on you; fool me twice, shame on me” situation. I’m going to reference Trent Richardson here, which would be a perfect example. After his successful rookie year, Richardson flat out flopped. He ended up getting traded to the Colts to be the running back in a Andrew Luck-led offense (fool me once): 157 carries for 458 yards with three touchdowns. One of the main excuses was that he needed time to get acclimated to a new team and system. The following year, 159 carries for 519 yards with three touchdowns (fool me twice).

The two years after Martin’s rookie year were filled with turnover and tumult. I don’t think he’s been given a fair shake to determine if he sucks or not. Because of that, I think there is reason to be optimistic for Martin’s prospects this year. If he sucks, at least it only cost a sixth or seventh round pick. If he doesn’t, then it’s all gravy.