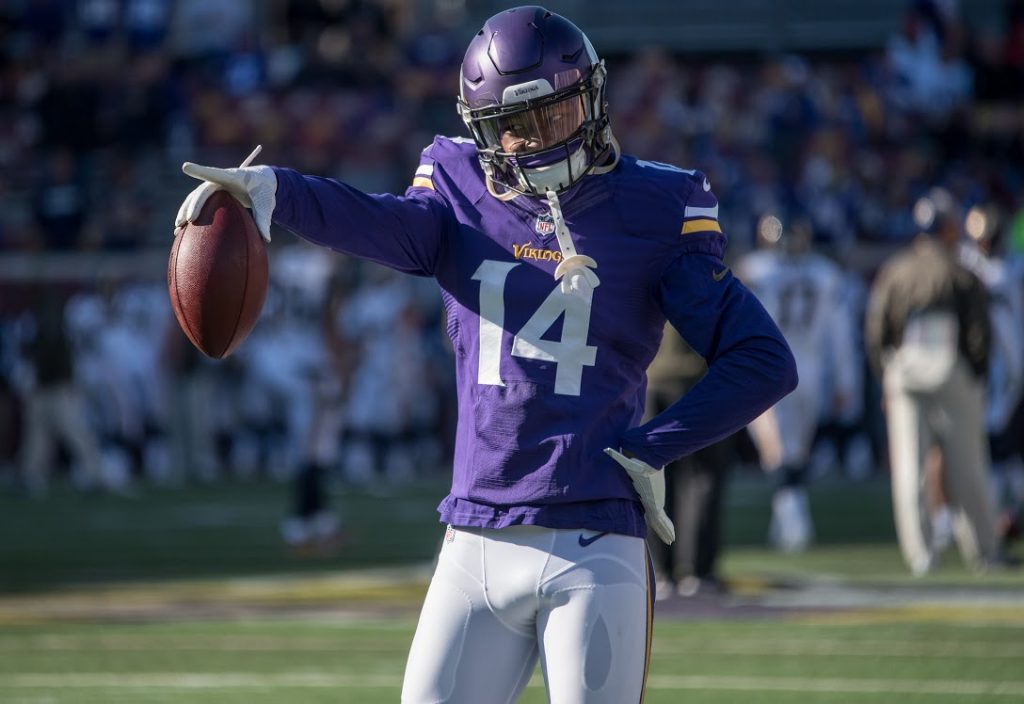 Hello everyone, and welcome to Week 10! We are at the halfway point of the season for most teams (that may not be correct. Who knows? I don’t), and what a season it has been, huh? It’s been an up-and-down, absolutely hectic nine weeks of the NFL season. It may not even be the halfway point of the season, but it sure as hell feels like it! Anyway, it is Wednesday my dudes, so let’s get to it!

*Note*: All projections are based off of standard-scoring points, with the ranking given as the Pigskinonator ranking, not my personal rank.

I like Stafford this week against the funnel defense that is the Cleveland Browns. The Browns rank 1st against rush DVOA, while ranking as 28th against the pass. The Lions do not have a very consistent running game at all, and if they want to be successful against the Browns, they’re going to have to throw it early and often against this secondary.

I can’t give obvious plays, and while I think this is a pretty straightforward week for running backs, I don’t mind Darkwa this week. Sure, the Giants look god-awful, but the 49ers don’t look much better. This is a defense that ranks 23rd against the run, fresh off a week in which they allowed Adrian Peterson to run all over them, and have to travel across the country to face the Giants. It’s shaping up to be a good week potentially for Darkwa.

First off, not sure why Diggs is so low, but I’m sure it’ll get updated either today or tomorrow for this week. Coming off the bye, this Minnesota Vikings squad has had two weeks to get ready for the Redskins, and should be looking to get the ball to Diggs as he’s had the time to fully heal. He should draw Breshaud Breeland for Washington, a matchup he can certainly beat. I’m into Diggs this week.

First off, the matchup isn’t the best individually, as the Bucs aren’t as bad against TE’s specifically as they are just bad in general, but if you thought this take could get worse, let me just be the first to tell you that the Bucs defense isn’t playing very well these past few weeks. They just don’t look inspired, and who would honestly? If I had to listen to Jameis’ pre-game “hype” speeches, I wouldn’t want to play football either. Shoutout to Mike Evans. Anyway, I like ASJ this week as he gets to face off against his old team that ended on a huge sour note with him and Dirk Koetter. ASJ should be an active threat in the redzone once again this week.

He is at home, which is a plus, but this Vikings defense again, just looks too good now that I really would just prefer starting another QB in his place this week, like Josh McCown or Jared Goff.

While the Redskins got a very good win on Sunday against the Seahawks, Chris Thompson did not play very well, and now draws another tough matchup against a very stingy Vikings defense coming off of their bye. I’d rather find someone else.

I’m not saying you should outright bench Doug Baldwin, but just be aware that there is some major cause for concern. First off, they are playing on a short week, which should hurt the offensive production for both teams, but it also doesn’t help Baldwin that he’ll likely be shadowed by Patrick Peterson, who is playing some amazing football this year. Just be aware.

Alright guys, that about does it for me. Good luck to everyone in Week 9, and as always I’ll see you guys tomorrow on the Razzblitz podcast and next Wednesday to do this all over again. If you have any questions, leave one below! Take it easy.