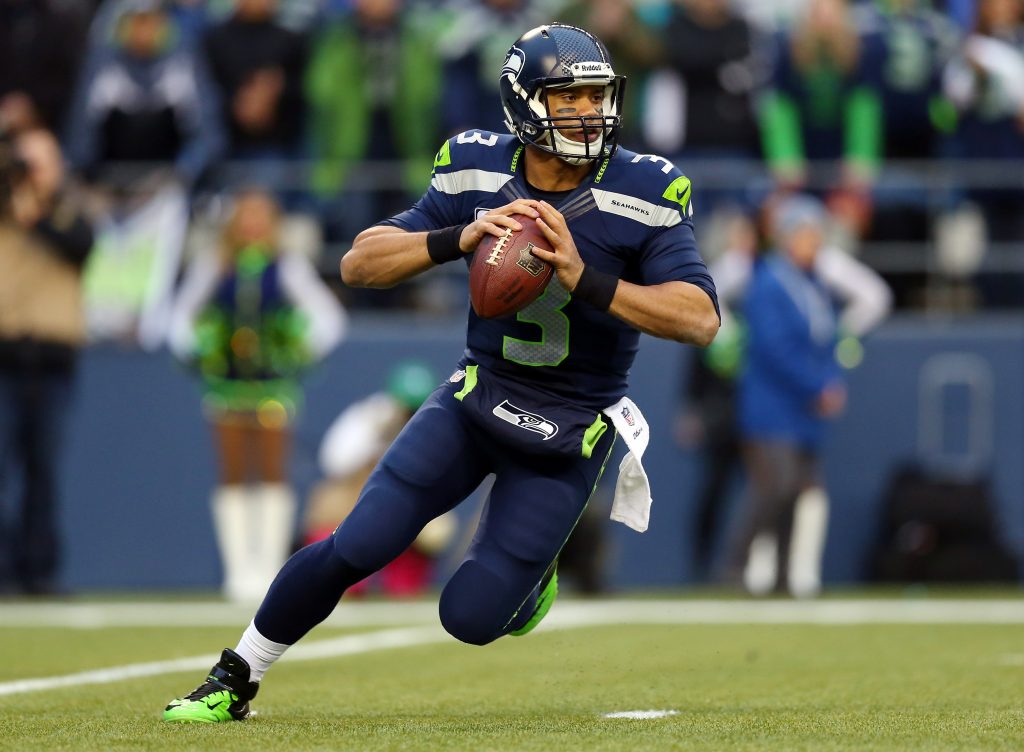 Can you guys feel it? Football is back baby! It feels forever ago that the Falcons blew a 28-3 lead, and now, for the first time in 7 months, we now can get back to meaningful football! I can’t wait! I can’t wait to fall asleep on my couch to the soothing voice of Scott Hansen, waking up and getting frustrated that my players are doing absolutely nothing, only to realize that it’s only the 2nd quarter and then falling back asleep to avoid watching Houston vs. Jacksonville.

It’s going to be a fun and hopefully very long season, so let’s jump right into it with my Week 1 rankings!

*Note* – I do not have any players from the Bucs-Dolphins game, which will be played on Week 11. Also, I do have Ezekiel Elliott in here, who will end up playing Week 1

Oh boy, the first 4:25 pm Joe Buck game is shaping up to be quite a good one! The Seahawks will go north to Lambeau to take on the Packers in what is destined to be a high-scoring affair. I don’t mind any aspect of the Packers offense, but I think the upside of the Seahakws offense is incredible. The Packers had one of the worst secondaries in the NFL last year, and haven’t really done anything over the offseason to fix this problem. They’ll still be rolling out Davon House, Damarious Randall, Quinten Rollins, Joe Thomas, Kentrell Brice, some of the worst defensive players graded last year by Pro Football Focus. Russell Wilson should tear apart this Packers defense, and I’m very confident in him, Doug Baldwin, and Jimmy Graham.

Last year, we did not see the Carson Palmer that we were hoping, and as it turns out, his season was probably doomed during last year’s training camp. Well now he’s back at 100%, and has a beautiful start to his season. Well first up on his schedule is the Detroit Lions, which is a great defense to select offensive weapons against. David Johnson should get rolling, no big deal, but I’m also really interested in Palmer himself, and while we’re at it, his number 1 target, Larry Fitzgerald, who not only plays very well in the beginning of the season, he should line up in the slot against CB Quandre Diggs, another poorly-rated defensive back last year by PFF.

This isn’t the sharpest pick in the world, but something just tells me that they’ll force feed AP against his old team in Minnesota. Willie Snead is already out for this game and the next two, which leads to Michael Thomas and Coby Fleener as their next top two targets, which leads me to believe that Peterson should get his workload. The Saints have a quitely solid offensive line with rookie Ryan Ramczyk, Max Unger, Larry Warford, and Zach Strief, and I love the revenge game narrative for Peterson’s return to Minnesota.

I understand that the 49ers are not the Falcons, but there is a very good chance that we’re watching the best offensive mind in the NFL right now in Kyle Shanahan, and it wouldn’t shock me to see this San Francisco team out and slinging it early. Garcon should have an excellent year, and should draw a favorable matchup in Week 1 versus Carolina in rookie CB Daryl Worley. Brian Hoyer is a solid QB, and Garcon is a solid starter that you can rely on for Week 1.

I’ve spoken about this before, and without Julian Edelman, Hogan should be 3rd in the pecking order for Josh McDaniels’ offense. I may be a bit high on him out of the gate in Week 1, but he should be productive against Philip Gaines, one of the worst CB’s according to PFF. Again, it’s anyone’s guess to see what his production will be out of the gate without Edelman, but he has a great matchup to start the season off.

Like I mentioned before, without Willie Snead, Fleener should have an increased role in this offense. We saw a ton of targets go his way in the 4th preseason game, and he isn’t a bad flier play at the TE position if you punted on the position in the draft

Sure, I think he has a fine matchup Week 1 against San Francisco, but I just think there are better options, and again, I’m really low on him for the year, so my weekly rankings will reflect this.

Elliott is back. No thank you.

Again, I’m really low on him for the year in general. For this week, I’m not completely sold on him because this Raiders-Titans game has a high chance to be a real barn-burner, which should not work in Beast Mode’s favor.

Alright guys, that about does it for my Week 1 rankings! As always, if you have a question or comment, or disagree with any player mentioned above, please do not hesitate to leave a comment below!