I want to take you back to a simpler time. A time, let’s call it, the era of Blockbuster. Now, do you remember having to drive to an actual brick and mortar store, spend 20 minutes walking up and down several aisles, carry around 4 boxes so nobody took the last copy of whichever movie you decide to take home and watch…Then, the world changed.

Netflix delivered movies to your door, but only 1 at a time unless you paid extra, and heaven forbid you lose the damn DVD or envelope. Well, that was a mess and while an interesting concept, still didn’t quite push out the era of Blockbuster.

Eventually Netflix, among others, decided that streaming movies directly into your house or phone was the way to go. No more driving, no more walking up and down the aisles only to find the 35 copies of the one movie you drove to the store for had all been checked out. You simply scroll through and click on the movie or show you wanted to watch (or in my case, scroll, scroll, scroll, keep scrolling, then watch the same shows and movies I’ve seen a dozen times).

Well, I can’t promise that the world of fantasy football will go to a full fledged streaming service, unless you count DFS, but there are a few positions that can be more easily found via streaming than others. Quarterbacks, tight ends, and defenses are the primary areas that I would recommend potentially using the streaming strategy.

This is a strategy I have long since employed as quarterbacks don’t have the same point discrepancy that exists at other positions; tight ends outside of the top few tend to be very TD dependent; and defenses are matchup based more often than not and we really only have so much information going into the season about how a defense will look. I will give a shallower and a deeper option each week… and here are Week 1 Streamers after the jump… 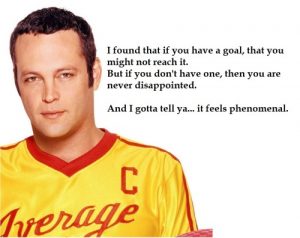 Now that you have either terrible visual images or “Hey now, you’re an All-Star” going through your mind…I want to point out that LaFleur is thought to be a throwing mechanics specialist who came over from the Rams (remember how bad Goff looked his rookie season). He also was the QB coach for one Robert Griffin III, so, I believe he understands how to use a mobile QB. Although, I admit comparing RG3 and Mariota is not exactly apples to apples.

The Titans opponent, the Miami Dolphins, were bottom 5 in pass defense last season. The safeties aren’t bad actually, but their best corner is probably their slot guy, Bobby McCain. So, let’s just say that I’m not worried about the Dolphins defense being a hindrance and I think the upshot on Mariota is worth the gamble if you’re already playing the streaming game.

Sigh…I hate myself for making Bortles a recommendation for week 1. The tape has never been kind to Bortles who can miss a dump off pass by 5 yards when it was only a 3 yard toss. However, he has somehow managed to maintain his starting role for a playoff caliber defense and I guess has to be evaluated as a starting QB in the NFL, as sad as that may be.

My recommendation of Bortles in week 1 has little to do with his ability, but rather that he will be facing one of the worst defenses against the pass, at least according to last season’s numbers. I know that last season’s stats don’t necessarily dictate what will happen this season, but what, do you want me to use preseason stats? Plus, the Giants, despite huge defensive troubles last season, did little to address the problem this offseason.

This might make me more sick than recommending Bortles. As a Chicago Bears fan, I do become slightly nauseated at the thought of playing a defense against my squad, but let’s face it, it’s probably a good idea most of the time. The last time the Bears were top 15 in points scored was in 2013 (first year of Trestman), and before that it was 2008.

They scored more than 30 points only once last season and that was against the hapless Cincinnati Bengals who allowed Jordan Howard to run for almost 150 yards and 2 TDs. The Bears offense has gotten better this year with the additions of Allen Robinson, Trey Burton, Taylor Gabriel, Anthony Miller, and Da (new) Coach, Matt Nagy. While I don’t see a bottom 3 finish in offense from the Bears again this season, let’s just say I’m a bit skeptical that the first game, under a new offensive system, with a new coach, and new offensive pieces, is going to work out smoothly.

The Packers have added a couple pieces in Muhammed Wilkerson, Antonio Morrison (leading tackler from Colts in 2017), and brought back Tramon Williams. They also got rid of long time defensive coordinator Dom Capers and brought in Mike Pettine who was on the 02-08 Ravens coaching staff, 09-12 Jets, and 2013 Bills before trying his hand at head coaching in Cleveland.

Remember even Bill Belichick couldn’t turn around the Browns. I do think there is something to a new voice in the room especially when the old coach has been there for a while. For what it is worth, the Packers Defense is projected 7th best for week 1 at Razzball, and the game is in Lambeau.

The Bills were an opportunistic defense in 2017 tied for 6th in interceptions with 18 and 7 fumbles recovered which puts them about mid pack. They are largely being ignored this season, which may have more to do with the changes to the offense than the defense. The Bills may not be able to ground and pound like they did all last season with the depleted O line they’re currently running out there, but the defense has remained largely the same, and I think has actually improved slightly.

The other reason for recommending the Bills is their opponent, the Ravens. There were only 4 games that the Ravens scored more than 30 points. They were against the Dolphins where they had 2 interceptions returned for TDs; the Lions who coughed up the ball 3 times in the game; the Steelers game was a legitimate good offensive performance; and the Raiders when Flacco completed two passes over 50 yards to Mike Wallace along with a fumble recovery for a TD.

In 2017, the Ravens put up the 6th fewest total offensive yards and the 4th fewest passing yards. So, all this is to say, I’m not worried about the Ravens offense and if you’re looking for a deep streaming defense, I think the Bills are worth consideration.

My podcast co-host, @DonkeyTeeth87, likes the tape on RSJ a little more than I do, but this is a nice matchup for week 1 and he is available in 55% of leagues per Fantrax. While Jermaine Gresham has made a pretty miraculous turnaround after the achilles injury to even be removed from the PUP list, I do not believe we see him in this game leaving the tight end receiving duties to RSJ.

In his past, we have seen Sam Bradford utilize the tight end heavily. While we have to see what this offense looks like with no Carson Palmer and a new coaching staff, I do believe RSJ will get his share of targets in this one with all the attention on Fitz and DJ,. Plus, the Redskins have long been pretty ineffective against the TE. Last season, they gave up the 4th most yards and 7th most TDs, and the 7th most fantasy points to tight ends.

Maybe not the cleanest recommendation, but is likely available in all of your leagues. As of today, 9/5/18, Vance McDonald has not been able to practice and that leaves me to believe that Jesse James will be the Steelers starting TE on Sunday.

This could all change if McDonald gets on the field for practice and feels good enough to go, but James has had the occasional nice game, and as it sounds like the Steelers could potentially be missing a very big weapon in Le’Veon Bell, they may look toward the TE to supplement some of that lost offense.

In addition, Pittsburgh plays the Browns this weekend who were tied with the 2nd most TDs to TEs, bottom 10 in TE yards allowed, and gave up the 5th most points to TEs last season. I know the Browns have made a number of changes this offseason to improve their roster, but if you listen to my podcast, Ditka, Sausage, and Fantasy Sports, you know that I don’t believe that an institutional mess like the Browns can be cleaned up by a few new faces.

Extra Note: Just in case Vance does get back to practice and it sounds like he’s going to play, I also like Charles Clay and both Tampa Bay TEs (OJ Howard and Cameron Brate).

Find B_Don on Twitter @DitkaSausagePod. Subscribe to his podcast with @DonkeyTeeth87, Ditka, Sausage, and Fantasy Sports on Itunes, Stitcher, or wherever you get your podcasts.