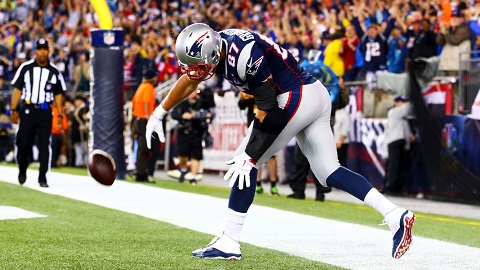 “Don’t cover Gronk. What’s the worst he can do?” – Keith Butler.

Even though the pregame show lasted about as long as a soccer game does (with all the appropriate New England circle-jerking, including, but definitely not limited to the Dropkick Murphies performing), we were soon allowed to settle in and watch the first game of the 2015 regular season. Right from the start, the Patriots offense seemed fueled by their overwhelming whiteness, as if Bill Belichick knew that I wanted to experience what it’s like to eat an entire box of saltines while stuck in traffic outside of Boise, Idaho inside a Ford Fiesta listening to the White Stripes. Speaking of Julian Edelman and Rob Gronkowski, I’d say (with my analytical prowess) they played a huge part of the Patriots eventual win. Well, almost as much as Josh Scobee (missing two field goals) and the Steelers secondary (who thought Gronk was overrated), both of which forced Mike Tomlin to go into his ‘Choke-A-B*itch” resting face for pretty much the entire night…

New to Daily Fantasy Football? I am too! I’m trying out this new free FanDuel’s contest, where half the league is guaranteed to win. If you want, you can join up with me! (Played FanDuel before? You can build a team for $5 for a chance of $100,000, part of a one million dollar prize pool!)

Dion Lewis – 15 CAR, 69 YDS, 4 REC, 51 YDS, 1 FUM. Looked pretty good. Agile, good burst… and not Brandon Bolden. He did fumble near the goal line at the beginning of the fourth quarter (leading to a Gronk recovery and then a hat trick a few plays later), but I was pretty impressed. Which is now Bill Belichick’s cue to bury the f*cker. Tread cautiously friends.

Julian Edelman – 11 REC, 97 YDS. Every year I don’t draft Edelman in my PPR league, I die a little inside.

Ben Roethlisberger – 26/38, 351 YDS, 1 TD, 1 INT. I was a bit concerned when he walked off the field like someone followed him into the bathroom (or something), near the end of the third quarter after a hit, but he ended up waving off the medical staff. Otherwise, essentially the most Big Ben type game ever. 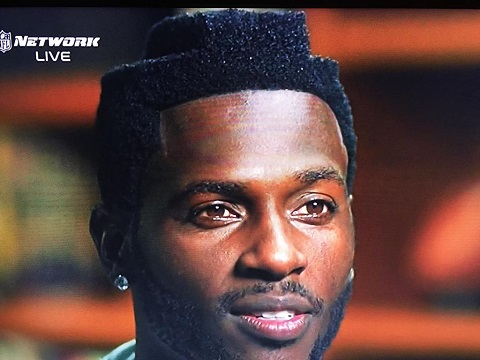 Darrius Heyward-Bey – 4 REC, 58 YDS. Ended up matching his completion totals from the entirety of last season in last night’s game. I’m not sure whether to laugh or cry for the Steelers.

Sky is blue. Water is Wet. Scobee is Scobee. And Heyward-Bey still sucks in every possible way.