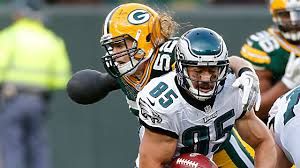 Danny Amendola, Hamstring: Somehow Amendola hasn’t missed a game all season so the fact that he’s limited in Wednesday practice means that he’ll probably be playing. My take: Will play, start him.

Robby Anderson, Ankle: Anderson missed week 10 before the bye with this same ankle injury. He didn’t practice Wednesday which makes me believe he’ll be out again. My take: Won’t play.

Doug Baldwin, Groin: Baldwin’s had up and down games since he returned from missing the first three weeks of the season. He didn’t practice Wednesday due to groin and knee issues, but I’m thinking this is just a maintenance rest day. My take: Will play, flex him if necessary. This week’s game is scheduled to be one of his down days.

Tom Brady, Knee: This is just a day of rest for the old gunslinger. My take: Will play, start him.

Randall Cobb, Hamstring: Two weeks off in a row with this injury and Cobb finally returned to practice on a limited basis on Wednesday. My take: Will play, bench him. I think he’ll finally come back, but that doesn’t mean you should start him in his first game back against a stingy Vikings defense.

Mike Davis, Knee: Limited Wednesday, but he should play. How much and in what capacity is the real question. My take: Will play, bench him. The Seahawks backfield situation is confusing and inconsistent. Davis isn’t worth your lineup risk.

Kenyan Drake, Shoulder: Drake was temporarily knocked out of his game with this injury against the Packers on Sunday, but came back to finish the game. They’re handling Drake gently in practice, but I think he’ll be okay. My take: Will play, start him. The thought of having to start Frank Gore probably has the Dolphins staying up at night.

Austin Ekeler, Neck: Unrelated, but I tried to warn everyone to not get too excited about Ekeler’s 22 fantasy point week 1 performance because he did the same thing in 2017 with a 22 fantasy point game in week 9 and then not much else after. Early reports are that Ekeler should play for the Chargers in week 12, but should he play for your team? My take: Will play, flex him if necessary. Cardinals have struggled against the run which is great news for Melvin Gordon, but Ekeler has seen his snaps limited in recent weeks.

Joe Flacco, Hip: Initial reports after the Ravens week 11 game, coach John Harbaugh said that it “might be tough” for Flacco to come back in time for week 12. My take: Won’t play. Lamar Jackson strikes again baby!

Devin Funchess, Back: No practice on Wednesday, but Panthers coach Ron Rivera is saying Funchess is “day-to-day” at practice. My take: Will play, flex him if necessary. Four straight single-digit fantasy games doesn’t inspire confidence at all. The Seahawks have been league-average against the pass so if you have better options — choose them.

A.J. Green, Toe: The Bengals are hoping Green will practice as we get closer to game day, because of course they are and so are we. Everything is looking like we’ll get Green back against the Browns. My take: Will play, start him. Hopefully he’s healthy and Greening it up all over the field.

Rob Gronkowski, Back: If Adam Schefter says Gronk will be back, I belive yo. I don’t know why but I do. He’s been out for 3 of the last 4 games and had an extra week of rest in week 11. My take: Will play, start him.

DeSean Jackson, Thumb: He left his game against the Giants, but did return to play. My take: Will play, start him. The return bodes well for Jackson.

Marcus Mariota, Neck: Mariota is always banged up, but often finds a way to make it to the field. The Titans get an extra day of rest with a Monday night game — but I’m still nervous. My take: Will play, bench him. The Texans are beasts against QBs.

Doug Martin, Ankle: Let’s just dive right into this one. My take: Will play, bench him. Martin isn’t good and no matter how healthy he is the Ravens are going to destroy the Raiders offense.

Sony Michel, Knee: The fact that Michel played in week 10 and was trusted with 11 rushing attempts bodes well for week 12 after their bye. My take: Will play, flex him if necessary.

Jordy Nelson, Knee: Even if he plays in week 12 you want nothing to do with him. My take: Will play, bench him. The Ravens offense is just a mess and Nelson hasn’t been productive in months.

David Njoku, Knee: Fresh off a bye, I’m thinking Njoku will be back in there. My take: Will play, start him against the Bengals who’ve allowed the 5th most points to tight ends.

Adam Thielen, Calf: These same injuries limited Thielen in practice last week, but he still played and performed admirably. Expect the same here. My take: Will play, start him.