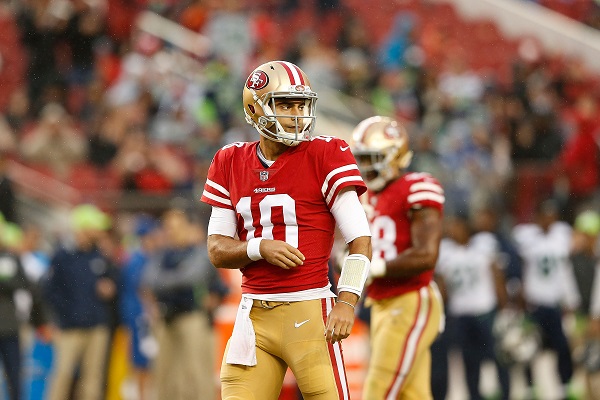 Hey gang, hope everyone had a Happy Thanksgiving with some great food and great football being played. I have some injury updates for y’all so let’s get right to them.

Jordan Reed will be out for the Redskins this week (Drink!) with a hamstring injury. I still have no idea how Vernon Davis put up a goose egg last week, but I expect some high-quality production from the TE this week against a Cowboys team that frankly looks lost.

Devonta Freeman looks to be back in action this week against the Vikings. You’re starting him if you have him (especially since he’s at home) but I think the Vikings are no easy feat for the RB this week.

Alex Collins and Ameer Abdullah both did not participate in practice on Wednesday and there’s really no indication as to why. The matchup for them was pretty atrocious to begin with, especially for Abdullah. This game should be an absolute nightmare to sit through and watch if you enjoy things like scoring or happiness.

Chris Hogan will still be out for the Patriots’ eventual win in Buffalo this Sunday (it pains me to write that) but the rest of the lineup looks good to go. Keep an eye on Mike Gillislee and whether he even fucking dresses for this one. Also, go check out the Rob Gronkowski statline when returning to his hometown and playing in Orchard Park… he should be the TE1 in every ranking and should be an easy own in DFS.

Kelvin Benjamin has a torn meniscus yet will probably be back in 2 weeks when the Bills host Miami. Again, I highly recommend Zay Jones as a sneaky play to frustrate your opponent. He had 10 targets last week and caught a TD.

Sexy Jimmy Garoppolo will get the start for the 49ers while C.J. Beathard recovers from a nasty head injury. I’m making a bold prediction here that the 49ers win with Sexy Jimmy dropping 300+ yards. Also, I will only refer to him as Sexy Jimmy from now on.

Hahahahahah. Sorry, that was me laughing at Matt Bowe and his Tampa Bay Buccaneers for starting Jameis Winston this week at Green Bay. I don’t understand the move, and I have no idea how you can start him with confidence this week. For most formats, this is the final week of the regular season, so you cannot afford to take the massive risk here. Look elsewhere for your QB.

It is looking like Aaron Jones should be back for this game (Keep an eye on it come Saturday night) which means Jamaal Williams will have his value decreased. Also that Ty Montgomery isn’t practicing is a bad sign for him this week and he should be dropped in all formats.

Everyone watching the Denver @ Miami game. Holy god is this a disaster for the viewers. I’m so sorry if you’re going to be stuck with this being one of the two games you get on T.V. Smokin’ Jay Cutler should be back under center for the South Florida Marsupials

Everyone on the Panthers: Seriously. Go look at their injury report. Devin Funchess, Christian McCaffery, Greg Olsen all did not practice on Wednesday. Cam Newton was limited as well. I expect McCaffery and Funchess to play while Olsen will likely miss this week. Look for Ed Dickson as a sneaky TE if you really need the help (or you own Jordan Reed).

Rishard Matthews still hasn’t practiced this week so it’s officially time to start worrying. If he does play, you MUST start him against the Texans who are coming off a short rest after playing on MNF.

Amari Cooper is looking like he won’t play this week against the Giants. He is dealing with a concussion and an ankle sprain right now. Not really a great combo of injuries for a WR to battle. With Michael Crabtree suspended for this game, expect Derek Carr to throw the ball to Jared Cook a lot because there’s not much else out there in terms of WR depth. Maybe this is the Cordarrelle Patterson breakout game.

Michael Davis looked above average for the Seahawks so naturally he sustained an injury in the game last week because Seattle will never have a competent running game. Russell Wilson is going to have to do it all himself this week and is likely to be my QB1 this week. Jimmy Graham is similar to Jordan Reed in that he’s always injured, but the difference is that Graham will play and see a ton of red zone targets and make himself a top-5 TE this week. Expect a shootout in Seattle on Sunday night.

Side note: Josh Gordon is going to start for the Browns this week and with him and Corey Coleman, I expect DeShone Kizer to post a 300+ yard game in a high-scoring affair at the random soccer stadium with no fans that is located really far outside of Los Angeles (I can’t believe somebody thought moving the team there was a good idea).

That’s it for this week. Post in the comments section and I’ll try and get back to everyone as soon as I can. Thanks for reading.