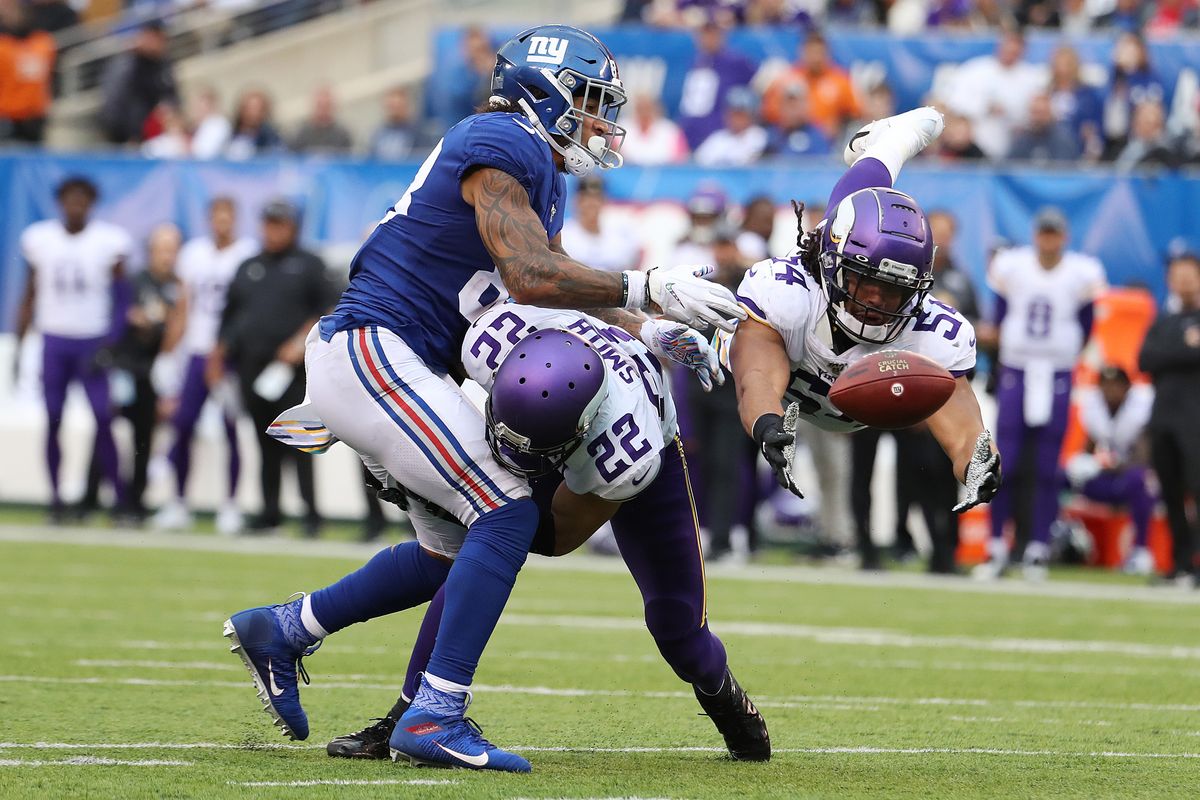 While there were some trouble spots, Week 5 was generally pretty quiet for most teams in the NFL…. except for one in particular, who are missing a bunch of offensive stars before their Thursday Night Football clash. Good thing they’re facing the… *checks notes* New England Patriots and their tough defense. That should be fun! Let’s see if we can accentuate any positives while addressing the rest of the league.

Sterling Shepard (concussion), Wayne Gallman (concussion), Evan Engram (knee) and Saquon Barkley (ankle) are all ruled out for tonight’s TNF matchup against New England. At least they have Golden Tate and…. Rhett Ellison? Oh no!

During last week’s loss against Indianapolis, Mahomes aggravated his ankle and was clearly playing at less than full health for the rest of the game. After the game, Mahomes said that he “just re-aggravated it a little bit”, but is expected to be fine. He did practice on Wednesday in full, suggesting that all is okay.

After missing the last few weeks, Sam Darnold will officially start in Week 6 against Dallas, after being cleared by team doctors. The Jets have been absolutely horrible on offense without their franchise QB, so expect their offense to get better, even if it’s by the slightest degree. Both Robby Anderson and Jamison Crowder’s fantasy ROS stock get huge upgrades.

After suffering a gruesome hit in Week 5 that saw him limped off of the field, Rudolph shockingly returned to practice on Wednesday. He’s still in the league’s concussion protocol, but it’s a good sign that he was able to go through helmet and pads for practice. He still shouldn’t be able to start in Week 6, but he should be on the fast-track to recovery and getting back onto the field.

Throughout last Sunday’s win against Cincinnati, Johnson seemed to have been battling with a back injury, saying that his back “locked up” on him. While speaking to the media on Monday, coach Kliff Kingsbury said that Johnson would be monitored all week, and would not rule out that he could miss Sunday’s matchup against the Falcons, although he did miss Wednesday’s practice. It’ll be something to keep our eyes on leading up to Sunday, and if Johnson would be unable to suit up, second-year back Chase Edmonds would take over starting duties.

Speaking on Wednesday, coach Sean McVay said that Gurley is day-to-day with a thigh contusion. He’ll have to get in at least a limited practice by Friday (after missing practice on Wednesday) in order to get a real shot at suiting up against the 49ers on Sunday. If Gurley isn’t able to go, Malcolm Brown should see an uptick in touches as the starting back.

It’s a situation that is worth monitoring up until Sunday, but Jones has had a habit of missing practices during the week, only to start the following Sunday. We’ll keep our eye on it.

Brown was held out for a majority of the game last Sunday (despite catching a TD) due to an ankle injury he suffered midway through the 1st quarter. On Monday, coach John Harbaugh stated that Brown’s ankle injury is “nothing serious”, and added that the team does not believe he is dealing with a long-term issue. After going through Wednesday’s practice as a limited participant, it is expected that the rookie wideout should be able to suit against Cincinnati. If he is unable to go, Willie Snead should see a huge uptick in targets and expected production.

According to Ian Rapoport, Hill has a “realistic” chance of playing this Sunday against the Texans. While he wasn’t able to go against Indianapolis, he did get in a full week of limited practice, which is a good sign for him being able to go this week. If he is able to play starting this week, he immediately becomes a WR1 option in fantasy moving forward.

After leaving last Sunday night with a hamstring injury suffered on the first drive of the night, Watkins hasn’t practiced yet this week. It doesn’t look good for Watkins’ Week 6 status against Houston, and with Tyreek Hill looking like he could rejoin the starting lineup, Watkins’ fantasy stock has taken a huge dive.

After exiting last Thursday night with a concussion, Cooks has been placed in the concussion protocol. While they do have an extra few days off, Cook’s Week 6 status is completely up in the air. If he isn’t able to go, Josh Reynolds should see a bump up in targets.

With a Week 5 bye, Wilson got some extra time to rest up his calf. Coach Brian Flores said last week that he is “optimistic” this Sunday against Washington. It’ll be something to monitor, but it would surprise me if Wilson is unable to go.

Dorsett suffered a hamstring injury last Sunday, and after being sidelined on Monday and Tuesday, beat writer Doug Kyed broke the news that Dorsett won’t play tonight against the Giants. Undrafted rookie Jakobi Meyers will step in for Dorsett.

After remaining sidelined at Wednesday’s practice, coach Doug Pederson said that DJax is still rehabbing but “getting close” to returning. It doesn’t sound like he’s going to play this week, which means Mack Hollins will continue to get the start in his absence.

After he was spotted working out in practice last week, and now being a limited participant at practice yesterday, it seems like Henry could be back any moment now. While coach Anthony Lynn wouldn’t rule out Henry for their Sunday night matchup against Pittsburgh, it does seem like Week 7 would be the target date for Henry’s return. He’s a great bench stash if you’re struggling at the position.