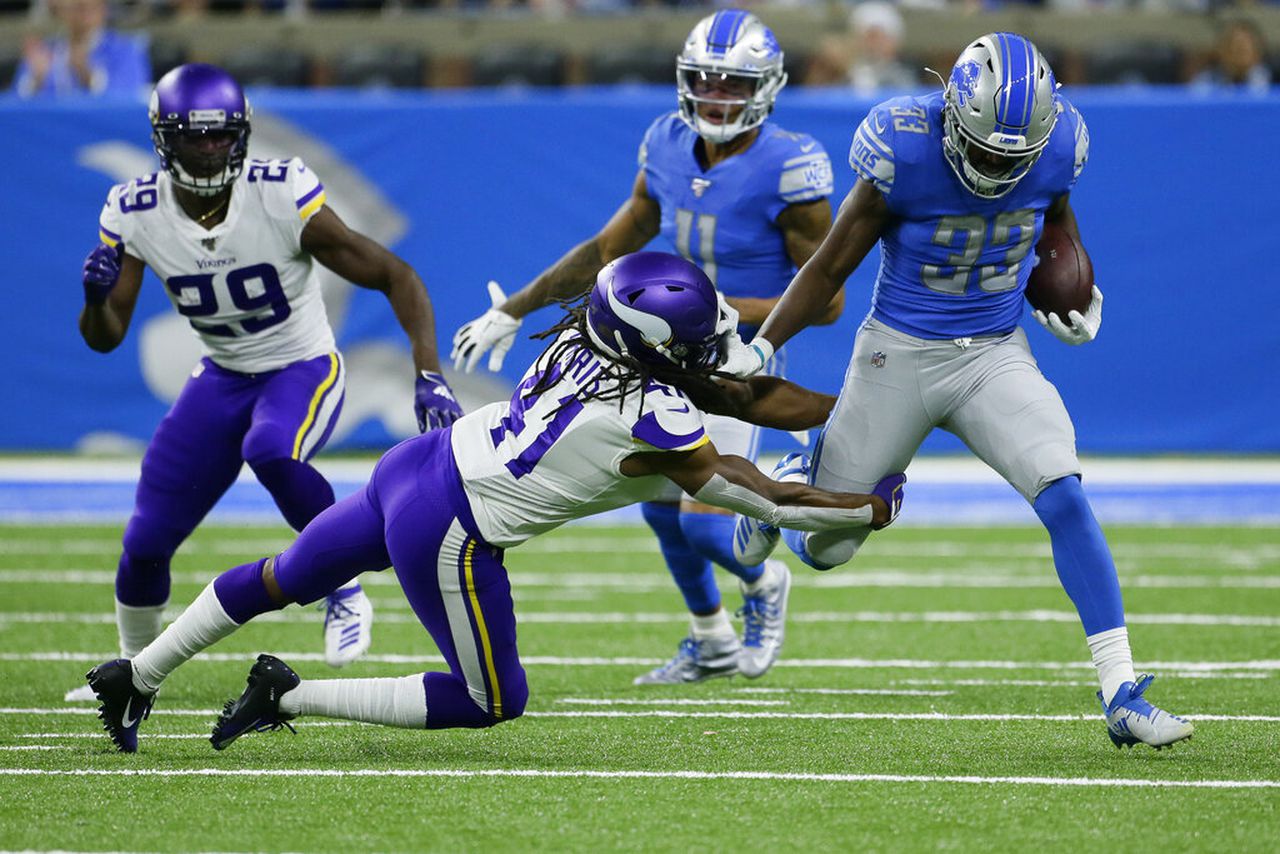 We’re more than half of the way through the NFL season, and with more star players landing on the injury report, we’re forced to spend our waiver claims on backup players that have been forced into starting roles, like Ty Johnson in Detroit (more on that below).

After exiting the game last week, Ryan was seen in a waking boot, and on Monday, coach Dan Quinn confirmed that Ryan is dealing with a sprained right ankle. He also stated that “Hopefully it’s not a long-term thing and more a shorter-term thing.” Ryan won’t practice Wednesday, but his participation throughout the rest of the week will be telling to if he can play this Sunday. If he can’t go, Matt Schaub will get the start.

Brees has resumed throwing and appears to be in the final stages of his recovery from his thumb injury suffered almost a month ago against Los Angeles, as he plans to resume practicing this week. Speaking to ESPN’s Mike Triplett, he said “we’ll see” when asked if he could play in Week 8 against the Cardinals. Either way, Brees will be returning sooner rather than later.

While no one is expecting Mahomes to play this Sunday night against the Packers, coach Andy Reid is leaving the door open, refusing to rule Mahomes out Sunday after being limited yesterday in Wednesday’s practice. It’ll be something to monitor throughout the week.

While he was active this past Sunday, DJ only had one carry before sitting the rest of the game on the sidelines. Speaking earlier in the week, coach Kliff Kingsbury said that Johnson “didn’t feel right” after a couple of plays. Johnson is likely day-to-day, but it’s tough imagining him getting anything close to a full workload this upcoming week. Chase Edmonds is a must-own while DJ works his way back.

On Tuesday, the Lions placed Johnson on injured reserve with a knee injury. While there is optimism in Detroit that he can return later in the season, the earliest he could return is Week 16 against Denver, meaning his fantasy season is practically over. Rookie Ty Johnson will move forward as the lead back, with J.D. McKissic as the change-of-pace back.

While the Steelers don’t have to release a practice report until later today, Conner had the bye to rest up and fully expects to play against the Dolphins in quite possibly the best Monday Night Football matchup this season.

After missing last week’s matchup against the Bears, Ian Rapoport reported that Kamara has not been ruled out for Week 8 against Arizona. What’s important to know is that the Saints have a Week 9 bye, so if they want to play things super safely, then they might keep both Kamara and Brees out until Week 10. If Kamara doesn’t suit up, Latavius Murray should be in line for another productive week as the lead back.

After only catching one pass for 6 yards, Fuller exited last week’s game against Indianapolis with a hamstring injury. According to Ian Rapoport, Fuller is expected to miss “several weeks”. Kenny Stills will likely take over for Fuller while he’s gone, but the rest of this Texans offense shouldn’t miss a beat.

After exiting last week against Detroit, both Thielen and Mike Zimmer are optimistic that he’ll play tonight against Washington. However, Thielen didn’t practice on Tuesday, which isn’t a good sign. It doesn’t make sense for the Vikings to try to rush him back to the field on such a short week in a game where they can easily get past Washington. He may not be able to suit up for this one.

He wasn’t able to go on Monday night against the Jets, but Gordon should be on the mend as he works his way back to full health after his knee injury in Week 6. He should be listed as Questionable for the Patriots’ matchup on Sunday versus his old team in the Browns.

(Update: Josh Gordon has been placed on the injured reserve.)

After missing last week against the Raiders, Adams continues to be sidelined with turf toe. We’ll know much more over the next few days whether or not he’ll be able to play this week, but he might be out 1-2 more weeks. The Packers do have a Week 11 bye, which may factor into when Adams returns.

Speaking on Monday, Andy Reid said Watkins is day-to-day while he recovers from his hamstring injury. Having been sidelined for the past two contests, Watkins is trending towards returning on Sunday night against the Packers.

Yesterday, Herndon was limited in his first official practice of the season after serving a four-game suspension and then injuring his hamstring at the end of the ban, forcing him to miss practice each of the last two weeks. He should be on track to start this week against the Jaguars.

Speaking on Monday, Titans coach Mike Vrabel said that Walker tried to play through the issue, but that he couldn’t operate effectively. It sounds like Walker might miss this week, as the Titans are approaching this day-to-day. If he is unable to go, then Jonnu Smith should step up in his place.