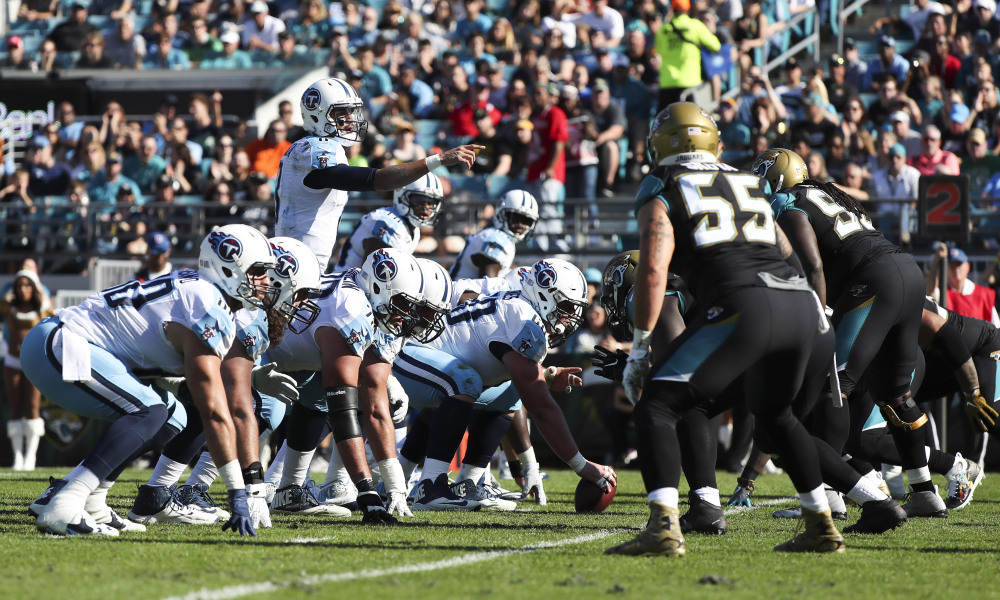 Hello everyone, and happy Saturday!

Well, we have officially started the 2018 NFL Preseason after the first few games these past few nights, which means that we are one step closer to the start of the NFL season!

Offensive lines aren’t the single most important thing in fantasy, but it certainly has a massive impact in today’s NFL, and a good unit could boost a players’ stock, while a bad unit could derail a whole season. So today, I’ll be taking a look at some of the best, and worst offensive lines in football to help you make some key decisions on draft day.

Last season, the Saints offensive line was one of the most impressive units in all of football, and all 5 of their big men will be returning in 2018. In 2017, the Saints had the lowest QB pressure rate in the entire NFL, the second-lowest sack rate, T-1st in yards before contact, and for the running backs, only 15% of total rushing plays resulted in a loss, which was the best rate in the entire league. The unit also finished 2nd in PFF’s pass-blocking metrics, and 11th in run-blocking.

This unit is also super young, as Max Unger is the only lineman above the age of 30, with the rest of the guys clocking in at 24 and 27 years of age. The key to this unit, aside from Unger, is the health of their Left Tackle Terron Armstead, as he missed 6 games last year with injuries, and has never played a full 17-game season in his entire career. Even if he does miss time, however, it might not matter, as the Saints have plenty of options to pick up the slack if Armstead has to miss time.

We’re already drafting almost every Saint we can get our hands on, but it’s good to know that they have one of the best offensive lines in football.

The Cowboys O-Line has, for years, always been regarded as one of, if not the best unit in football. However, that changed last year. The whole Cowboys team was a mess, but thanks in part to the nagging injuries of Jonathan Cooper and Tyron Smith, who played hurt in almost every game that he was apart of, their O-Line became pretty messy. When the main starters found themselves off the field, their replacements had the same efficiency as turnstiles, as Dak struggled to stay clean in the pocket all season long, especially in Week 10 as Adrian Clayborn sacked him a whopping 6 times.

However, things are looking up for the unit, and if they remain healthy, should get back to being one of the best groups in football. In addition to Smith coming back healthy, they still boast some incredible talent with guard Zack Martin, center Travis Frederick, and new 2nd-round pick from Texas, Connor Williams.

Even though Dallas has a stellar unit, it might not be enough for us to draft multiple Cowboys in fantasy this year. Although I’ll be targeting Zeke as much as I can, I don’t have any interest in Dak or any of the weapons he’ll be throwing to this season, outside of a late flier pick in Allen Hurns.

Much like the Saints, the Titans will have all 5 of their lineman from 2017 return this season. As you guys know, I’m a big fan of Marcus Mariota this season, and the fact that he’ll get all of his guys back is a real big booster for me. Although the Titans struggled offensively last season (thanks Mularkey), their O-Line was a pretty good unit. Tennessee allowed the 7th-best pressure rate in the NFL, the 3rd-best pass-block grades from PFF, and the 12th-best run-block grades.

The main weak-points for their O-Line was in run-blocking, as the Titans finished 18th in creating yards before first contact. However, with the additions of Mike Vrabel and Matt LaFleur, they should fix this problem, and new schemes will definitely help. They’ve got the talent, and with Taylros Lewan, Jack Conklin and Quinton Spain bolstering this line, the rest of the Titans should prosper.

Mariota is one of my favorite QB’s to target, I don’t mind Derrick Henry, I love Dion Lewis, I respect Rishard Matthews, and I love Corey Davis. This should be one of the better offensive units in football in 2018.

Like Tennesse and New Orleans, all 5 of their guys will be returning in 2018. However, this continuity goes past this year. This will be the 6th season that Pittsburgh will have Maurkice Pouncey, Ramon Foster, David DeCastro and Marcus Gilber, and the fourth season that they’ll have Alejandro Villanueva. And while every lineman is at or above the age of 28, this is still a very impressive unit. They ranked 1st in PFF’s pass-block grades, and 7th in run-blocking.

I’m keeping my opinions short on Pittsburgh because it’s pretty public knowledge that this offense should be very efficient in 2018, and you should be targeting everyone that you can in drafts.

Led by veterans Andy Levitre and Alex Mack, the Falcons have one of the most underrated offensive lines in the NFL. In 2017, the Falcons were very strong in both pass-blocking and run-blocking, and the addition of Brandon Fusco from the 49ers this offseason will only improve their efficiency.

In 2017, the Dirty Birds ranked 11th in PFF’s pass-blocking grades, and 3rd in run-blocking. Atlanta also finished 13th in the NFL in pressure allowed, and 8th in sack rate.

Keeping both Matt Ryan and the running game safe will be essential to their fantasy stock in 2018, and I have no doubts that the Falcons O-Line will get their jobs done. I’m all-in on Matt Ice, Julio, Tevin Coleman, Devonta Freeman and Calvin Ridley in fantasy drafts.

Thanks in part to the departures of Cordy Glenn, Eric Wood, and Richie Incognito, the Bills have some pretty big holes to fill this season. Because of the departures, the Bills will have to use 3 new starters, which isn’t good news for the run or passing game.

Even with last year’s starters, the Bills weren’t very good, as they ranked 14th in pressure rate and 31st in sack-rate. In general, I’m not to eager to draft any Bills players this year, and their mutliple question marks on the O-Line doesn’t help.

Training Camp can be a wonderful thing, but it can also be quite devastating to a team if the injury bug hits, and the injury bug has hit the Carolina Panthers’ offensive line. In addition to losing Andrew Norwell in the offseason, his replacement, Amini Silatolu, tore his meniscus in training camp. Also, starting RT Daryl Williams dislocated his kneecap, and tore his MCL just a few weeks back in camp.

The Panthers have a lot of depth to make up after losing all this talent, and will rely on Taylor Moton and Jeremiah Sirles to pick up the slack. In 2017, the unit struggled a bit on creating yards before first contact, and keeping Cam clean, so it’s not looking great in 2018.

However, I’m not going to jump ship on Cam or McCaffrey just yet. Both succeeded last year, and should succeed once again this year. However, with all the injuries, I’m not really thrilled about C.J. Anderson, and may have to look elsewhere.

Simply put, the Cardinals need to shake things up on their O-Line. In 2017, they dealt with a boatload of injuries, and it showed, rankings 6th-worst in allowing pressure, 5th-worst in creating yards after contact, and 8th-worst in sack-rate.

It helped that they added Andre Smith and Justin Pugh over the offseason, but they also lost starting Center AQ Shipley in training camp, which means that they’ll rely on rookie Mason Cole. It’s not looking too good for the Cardinals.

Even with the injuries, I’m not going to shy away from David Johnson or Fitzgerald, but I’m not too keen on targeting anyone else from this offense.

The good news for the Texans is that barring any injuries in the next few weeks before the season, they’ll have a fully-healthy offensive line. The bad news, is that they might as well all be injured.

Last year, the Texans ranked dead last in allowing pressure, 13th-worst in creating yards before contact, and 3rd-worst in sack rate. They also finished dead last in PFF’s pass blocking grades, and 2nd-last in pass blocking. They did add two pieces in the summer to help a little bit, but unless Bill O’Brien works in some serious scheme changes, this unit is going to continue to struggle in 2018.

Honestly, I don’t see myself drafting any Texans players aside from DeAndre Hopkins and Will Fuller. I don’t like Lamar Miller, and I’ve stated multiple times that DeShaun Watson’s ADP is way too high. It doesn’t help him that he’s playing behind one of the worst units in football. Just keep that in mind when his name comes up on draft day.

For as long as I can remember, the Seahawks have had terrible offensive lines, and this year shouldn’t be different. In 2017, the Seahawks ranked 30th in both pass and run blocking, and besides the firing of OL coach Tom Cable, nothing has really been done over the offseason to fix this group.

Like I’ve mentioned before, I don’t see myself taking Russell Wilson due to his rising price and the departures of Richardson and Graham. Additionally, I’m not too confident in Doug Baldwin with his own medical issues, and not really thrilled about any running backs, as they’ll be running behind one of the worst lines in football. I don’t see myself taking many Seahawks players this season.

Alright guys, that’s all my time for today, next week I’ll be back with my Running Back and Wide Receiver preview series, taking a look at some sleepers, breakouts and busts before draft season is (even more) in full swing! And as always, if you have a question or comment, don’t hesitate to leave one below!