Well we’re movin on up, to the east side. To a deluxe apartment in the sky. Movin on up to the east side. We finally got a piece of the pie. Fish don’t fry in the kitchen; Beans don’t burn on the grill. Took a whole lotta tryin’ just to get up that hill. Now we’re in the big leagues. Gettin’ our turn at bat.

The player in this week’s Bear or Bull was stuck in the Pacific Northwest his first three years in the league. Stuck behind an All-Pro, he didn’t get a piece of the pie. Things got worse when he was cut then claimed by the Cleveland Browns, but now he’s moved east and finds himself in a great situation and may get his turn at bat. Ladies and gentlemen, let me introduce you to Robert Turbin. While doing research on Turbin, I really gained an admiration for him. The Jefferson’s theme song really resonated with me when learning about Turbin’s past and personality. Here’s a brief synopsis:

(Courtesy of Tom Reed at Cleveland.com)

When learning that he was cut from the Seahawks and going to Cleveland, his response was:

Are u kidding?! There's no place I'd rather be! I embrace hardwork & its process .. Never been afraid of challenges https://t.co/kznthN19Yb

There are some great stories from Tom Reed’s article. I highly recommend that you take some time to read it. It really shows the character that Turbin possesses. Dare I say that he is the anti-Christine Michael?

Michael was supposed to be the backup Seattle running back that could make an impact for the Cowboys. Instead, he was cut after having difficulty picking up the playbook.

It took less than a week for Turbin to come in and get acclimated. Offensive coordinator Scott Linehan said: “What I have seen – it’s been 24 hours, two practices – real impressed. I think he is going to be a really good addition for our team.” Turbin has already surpassed Rod Smith and Trey Williams on the depth chart.

During Sunday’s win over the Dolphins, Turbin carried seven times for 35 yards and caught one pass for three yards. So why am I jizzing about a bit player that’s second on the depth chart?

There’s no denying that he’s been great for the Cowboys. In the last five games, he’s carried the ball over 20 times in all but one game and has eclipsed the century mark three times. He’s showing that he still has some tread left on the tires.

Herein lies the problem, though. This is what the tread on McFadden looks like:

Do you know what eventually happens if you keep driving with that?

McFadden has missed 29 games in his career. Prior to this season, he carried over 20 times in a game only 12 times. He’s already done that four times this year, with two of the games at 29 carries.

If McFadden were to go down, could Turbin be successful?

The Seahawks cut Turbin because he was coming off an injury and they really liked Thomas Rawls. If you saw what Rawls did this past Sunday, then you realize that there is no shame in that. The Browns acquired him, even though he was injured, then inexplicably cut him when he got healthy. 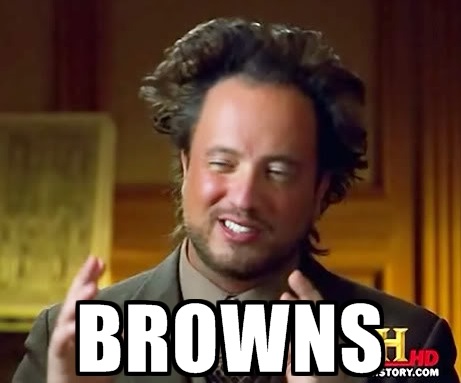 Rewatching Sunday’s game, Turbin runs hard, is decisive between the tackles and has the speed to bounce it outside. We all know about the vaunted Cowboys offensive line, so it’s an ideal situation for a running back. It didn’t look like he had too much wiggle to his game, though.

Fantasy football is all about probabilities and value. It’s difficult to predict injury, so McFadden could finish the season healthy. He did play all 16 games last year. The probabilities of that happening are not that high, especially at the rate the Cowboys are utilizing him.

The cost to acquire Turbin is very low, as he may be available on the waiver wire in many leagues. The upside is tremendous, especially with Tony Romo returning to the mix.

Rev up the Turbin engine!