There’s a gonna be some prospecting come waiver wire day this week. The allure of gold drove many in the 1800’s to pack up their wagons and head west for the chance to strike it rich. The 2015 fantasy season has uncovered a fresh mine due to the Jamaal Charles injury. Once highly thought of handcuff, Kniles Davis, has been usurped on the depth chart and relegated to the fantasy scrap heap in most leagues. The astute among us (not me), that noticed that Charcandrick West became the backup to Charles in Week 4 need to be commended. Bravo. Hurrah. Kudos. You are probably all Charles owners, but if you are not, then you are my hero. Hopefully you picked him up because there’s a gonna be some serious bidding for his services.

Who is Charcandrick West?

West played his college ball at Abilene Christian University. During his four-year career, he carried 347 times for 2,073 yards with 22 rushing touchdowns. He also caught 71 passes for 1,007 yards with 8 receiving touchdowns.

The Kansas City Chiefs signed him as an undrafted free agent in 2014, released him during the final cuts of 2014, re-signed him to the practice squad after clearing waivers, then elevated him to the active roster. He did not receive any playing time in 2014.

In the brief action he has received so far, West has carried 12 times for 48 yards with 2 receptions for 9 yards.

Blow up the Mountain for West?

Sigmund Bloom of FootballGuys, who I have tremendous respect for, said on his podcast that he views West as a 20-30% player. The opportunity is there, but he has concerns over the talent and situation. And rightfully so.

West did not play his college ball at a big time program. He’s been average in his brief pro appearances. The Chiefs still have Alex Smith at quarterback. Kniles Davis is still there, so it could turn into a running back by committee.

West received his first carry of the game with 12:28 to go in the third quarter. He was lined up to the right of Smith in a shotgun formation. It was a draw play to the right with two pulling blockers. Huge hole that he navigated for nine yards. It was a nice run but the difference between he and Charles is definitely evident.

Reid kept West in and ran from a more traditional formation, with Smith under center and a fullback leading the way. The play goes to the left side of the formation. West stumbles a bit in the backfield but gathers himself and cuts upfield for a solid six-yard gain.

Two plays after the Charles injury, West is lined up to the right of Smith again in a shotgun formation. He leaks out into the left flat for a pass, but Smith leads him too far for an incompletion.

On the next series, West lines up to the left of Smith in a shotgun formation. He receives the carry and hits the hole off the right guard for a solid six-yard gain. On the next play, Smith is under center with West in a single back formation. He receives the ball with two pulling linemen in front, going from left to right. He’s met in the backfield two yards behind the line of scrimmage, but is able to bounce off and run for the first down.

On his next carry, he’s lined up to the right of Smith in a shotgun formation. He receives the carry and goes to the left side of the line. He dances a bit waiting for a hole, but finds nothing and is dropped for no gain.

The next series opens with West offset to the left of Smith in a shotgun formation. He goes out for a pass route into the middle of the field, a little curl route three yards past the line of scrimmage. Captain Checkdown’s eyes light up and deliver West the ball for his lone reception of the game.

Kniles Davis entered the next series but didn’t do much. His first carry went for four yards, but his second went for minus two. Davis’ final line was two carries for two yards.

With the Chiefs nursing a five point lead with 3:05 left in the game, it is West that is in the game. The Chiefs come out in a heavy formation with only one wide receiver and one running back. Reid runs the same play from earlier in the game with two linemen pulling from left to right. West runs hard and picks up two yards. The next play is a counter to the left from the same formation. West picks up another two.

I do not think the Kansas City backfield turns into a RBBC. Davis had plenty of opportunities to showcase his ability, but all he’s managed in his 2 1/2 career is run for a 3.4 average. In my opinion, Davis will serve to give West a breather.

While West is not on the level of Charles (who is?), he showed some positive things on Sunday. He runs hard and has some agility to sidestep defenders. He looks like a no-nonsense runner that will get what the play is designed for. I’m thinking Reid will appreciate that.

West showed decent hands and route running ability in the passing game. While Davis has 28 receptions in 37 games, I believe Reid views Davis more as a hammer and West as a better pass catching back. Davis did not receive a third-down snap on Sunday.

That brings me to the final point of why I believe West will take over this backfield. In 16 years as a head coach, an Andy Reid-led team has targeted the running back position fewer than 100 times only twice: 2011 (70 attempts) and 2014 (98 attempts).

Since I believe West will be the primary passing back and Alex “Captain Checkdown” Smith is the quarterback with a scheme that is favorable to pass-catching running backs, I think West has good chance to run with the job and be fantasy relevant. Blow up that mine in Kansas City with a significant portion of your FAAB dollars. Make it rain! 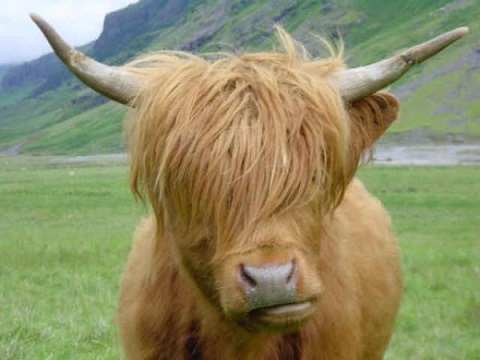