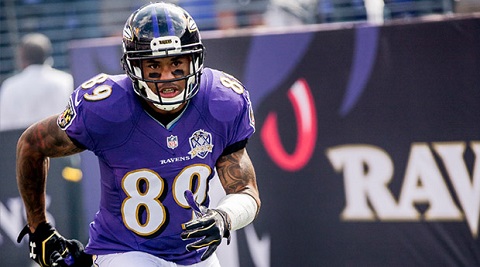 Steve Smith is one of my favorite wide receivers of all-time. Randy Moss is probably numero uno, but that’s another article for another day. 997 receptions, 14,349 yards, 78 touchdowns, and eight seasons with over 1,000 yards. Oh, he’s also taken four punts and two kickoffs back to the house and he has 387 rushing yards with two touchdowns on 57 carries. While Moss was created with a 6’4″ 210 pound frame and programmed to utilize all the buttons on the Xbox controller, Smith did everything with a 5’9″ 195 pound physical frame. The dude is/was a packet of M-1000s that could run, jump, catch, and pummel defenders. There are so many GIFs that I want to post but here are some of my favorites… (1, 2, 3, 4.)

Smith being a local boy from LA who went to high school and community college a few miles from me, definitely adds to the allure, but my favorite story of him was how he used to punk Chad Johnson everyday when they both played for the SMC Corsairs. Enough nostalgia. Why am I choosing to highlight Smith in this week’s article?

I’m an ageist, especially when it comes to evaluating sports players. Once they get into their 30s, especially mid-30s, I usually don’t want anything to do with them. There are always exceptions to the rule, though. Being an astutue fantasy player requires conviction, for sure, but flexibility is probably a more important attribute. When new information surfaces or opportunities present itself, one must be able zig and zag in order to take advantage of them.

Entering this season, I wanted no part of Smith. A 37-year old wide receiver that was coming off Achilles surgery? No thanks. As I mentioned above, I have so much love for Smith, but from a fantasty perspective, he was dead to me. He got out of the gates slow, but then had two big games in Week 3 and 4, hauling in 8-of-11 targets in each game and accumulating 198 total yards and a touchdown. Then, he suffered an ankle injury and missed a few weeks. For sure he was now six feet under now right?

The one thing I’ve observed about Smith is that he is one of the most mentally tough players I’ve ever had the pleasure of watching. When he looks into the mirror, he probably sees Hulk looking back at him. When he suffered his Achilles injury, he probably told his brain to fix it and the body complied out of fear. There’s a reason he’s been able to play in the NFL for 16 years with his physical frame, when the average career of an NFL player is 3.3 years. That number is according to the NFL Players Association. The NFL claims it is 6 years. Yeah, I think I will side with the players on this one.

So, here’s the nitty gritty. Since returning from his ankle injury, Smith has received seven targets in two games and hauled in nine pass for 107 yards with a touchdown. He’s coming back from injury so it takes time to get back up to speed. The Ravens have attempted the most passes in the league. Joe Flacco has six games with over 40 attempts and one game over 50. He has not thrown under 30 passes in any game this season. The volume is going to be there. In addition, Smith operates 40% of the time from the slot, where he will usually face the third cornerback on the depth chart. The rest of the season is not daunting:

Miami and Philadelphia are the two potential pitfalls, but Bobby McCain mans the slot for the Dolphins. PFF has him graded at 76.6. I’ll take Smith over him any day. The Eagles are definitely elite, but the one chink in their armor is in the slot. Jalen Mills has been getting a ton of play there and he grades out at 32.9. If Malcolm Jenkins plays in the slot, things would get a little dicier, as he grades out at 84. Regardless, the rest of the schedule looks favorable.

There’s risk that Smith could suffer another injury, but every player that dons the helmet and shoulder pads has that risk. As of now, Smith looks healthy and is probably available in a lot of leagues. According to ESPN, he’s owned in 66% of leagues. If you need a wide receiver, especially in PPR formats, Smith is an enticing option as he could be acquired at limited cost, is on a team that throws a ton, and should absorb a bunch of targets. I like that combo. Plus, Smith is just freaking awesome. 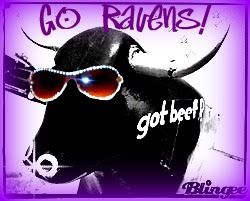