Greetings! I write this to you, loyal subjects of Beddict, from the trap-house, the one I share on lengthy drug-bingeing weekends with a pink-haired beauty named Maleficent. I’d give the skin off my balls for 20 minutes of slumber, but you know what, upsetting sweet Jay by not having a post submitted today would latch a gonorrhea burn to my soul for the remainder of my days on planet earth, and that’s something I’d prefer not to live with. Let’s proceed, shall we, aaaaaahkay!

So, I’ve noticed many an “expert” have fully turned to the “zero running back theory” this season, and much like the time I accidentally witnessed two men play hide the salami, I’m somewhat curious… Should I adopt this theory as my own, maybe even attempt to say that I invented it after witnessing a distinguished member of my home league run the table on his way to fantasy glory five years ago? I, much unlike Ralph Lifshitz, who stole my entire style and ran with it to fame and glory, don’t have the blackened soul of demon, therefore taking credit for something I didn’t actually do (even though I kind of did) just doesn’t sit right with me. Did I mention Ralph stole my soulmate and now lives with her and my children in an old trap house I used to cook meth at in Boston? WHY, RALPH, WHY?!?!? All I did was gave you a style for you to run with. Smiling in my face, glad to break bread with the God… I’m getting sidetracked here, or should I say: ” I digress”? Do people still say that? Truly got to a point where I’d become furious upon reading that statement. Anyway, “I digress” yet again, and for that I apologize. Where we we? Ahhhhh, yes, zero running back theory. Does it work? Sure, if all the receivers you draft early have monster years and the running backs you draft late all become breakout stars. Or, my goodmen, you could flip the whole game on it’s back and give it the kind of pounding Peter North would be proud of by, WAIT FOR IT, WAAAAAAAAAAAIT FOR IT… taking advantage of your league-mates going to this system, while you sit back, blow a bag to the face, and calmly select a pair of elite running backs in the first three rounds, creating a powerhouse of the likes we haven’t witnessed since the Elder Gods openly walked the earth, burning grown a** men with beams of light from their eyeballs and piping down any women of their choosing. WITNESS! 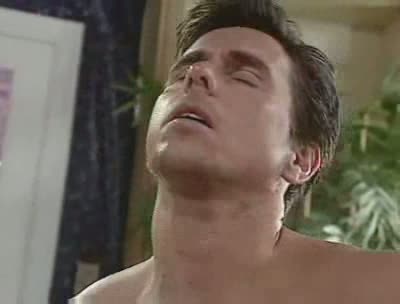 Yes, I understand that statistics show that running backs are more likely to fall off a cliff statistically or get injured, but hey, guess what? There is a bit of luck involved with Fantasy Football. SHOCKER ALERT! Or hey, how about this: you could also draft a wide receiver early that gets hurt or has a down year. DID I JUST BLOW YOUR MIND!?!?!?! My goodmen, you’ve got to be realistic about these things; even the likes of Christian Slater and Nicolas Cage have had down years, and if it can happen to them, it can happen to Antonio Brown or DeAndre Hopkins. If you go running backs early, the key is reaching a bit on high upside young wideout like Kevin White or better yet, taking a risk on Josh Gordon a round or two early, whom theoretically could easily be a top-five wideout when/if he returns after four weeks. Am I saying Gordo is going to be that? Not necessarily, I’m just giving you a couple examples to work with here. Am I totally against the zero RB theory? That’s a negative, Ghostrider. In a recent “expert” best ball draft, I went wideouts early and then gambled on Matt Jones and Jeremy Langford. Of course I had already drafted LeSean McCoy with my 2nd round pick, but I gambled on the fact that these two had just very recently gotten injured, causing them to slip quite heavily in the draft, giving me major upside at those slots. Now, if both of them work out and have the seasons I believe them capable of, I’m gonna drop more bodies than an Adderall’d out Chris Kyle. What’s the moral of this story, you ask? Other than pissing Jay off by writing and insanely long intro with no real point? The point is, my goodmen, that just as their always has been, there are multiple ways for you to win your fantasy league this season. Look for value no matter what the position, and pounce on studs like a Priest in a room full of teenage alter boys.

I am Lord Tehol Beddict and this is my Top 200 overall Standard Rankings. TAKE HEED!