Greeting and salutations! Tis I, Beddict, back from a Thanksgiving vacation full of oiled up women and turkey basters galore. I come to you rejuvenated and ready to finish the season strong. I missed my 2nd lock of the week two weeks ago with Minnesota back-dooring me at home against Green Bay, and I’m just now getting over the burning sensation in my soul that makes the savage sting from a Portuguese man o’ war seem like a nip from a 15-year-old, toothless Beagle.

I sort of made up for it with a 5-0 week during my vacation. Did that pay for my mortgage for a year or just erase my debt to the Russian Mob? I’ll never tell. The quest for the perfect week continues… I suppose I was perfect last week but that wasn’t my usual full slate of games. I’m not one to look for the easy way out… unless of course I’m locked in Sky’s basement again. In that case, I’ll always take the easy way out, for that was one of the most trying and terrifying moments of my life. Let’s get on with it before I have to blow another six figures on my therapist.

Lock of the Week: Houston (-6) @ Jacksonville – That Ryan Fitzpatrick is so hot right now. Look for J.J. Watt and company to destroy the body and mind of Blaine Gabbert, errr, I mean Blake Bortles this week and win by two touchdowns.

Baltimore (+3) @ Miami – I don’t see how this isn’t a close game between two teams who are both as maddeningly inconsistent as Nicolas Cage’s career. If Tannehill was capable of throwing the ball downfield, I’d say the Dolphins take this game, but sadly we know that’s not the case.

Pittsburgh (+3.5) @ Cincinnati – Pittsburgh’s performance levels are more challenging to predict than when Ryan Leaf’s next jail stint will occur, but they always seem to rise to the occasion when you least expect it. This one should be close.

Indianapolis (-4) @ Cleveland – Can I be Frank and still be Tehol? I respect Cleveland head coach Mike Pettine and QB Brian Hoyer about as much as I do Rob Kardashian. The revenge of T-Rich? Nah, let’s not go THAT far, but Luck will dissect this overrated secondary with the precision of Martha Stewart knitting a sweater made out of polar bear fur. 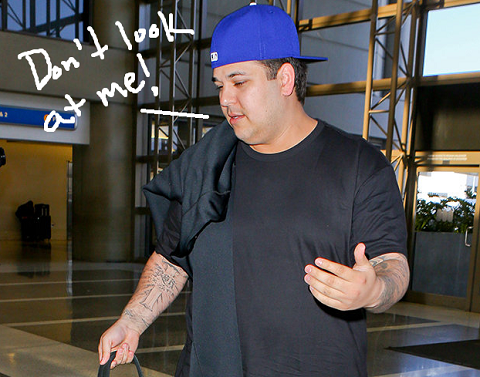 New York (-1) @ Tennessee – If there’s one thing I know in this cold, cold world, it’s never to bet on the Tennessee Titans. They’re the most disgracefully pathetic team in the NFL right now, and if the Giants lose this one, I’m firing EVERYBODY!

Carolina @ New Orleans (-10) – I’m envisioning the Panthers continuing to lay down with their ankles behind their heads like a yacked out Lindsay Lohan after she, yet again, was rejected for an acting role.

Saint Louis (-3) @ Washington – Some like it hot and some like it moist. The Rams are both hot and moist.

New York Jets (+6) @ Minnesota – Why I continue to bet on the Jets, I have no clue. Still, they have the talent to either keep it close or beat the Vikings straight up.  I wouldn’t touch this game with what little money Christian Slater has left, let alone my own cash but hey, I gots to make the call.

Buffalo @ Denver (-10) – I love Buffalo’s D-line, but I don’t see how Orton scores enough points to keep this one within double digits.

San Francisco @ Oakland (+8) – Another game I wouldn’t touch, but the Niners have been so inept that I simply can’t lay more than a TD on the road. Yep, it’s gettin uglier than a Rosie O’Donnell nude photo shoot in San Fran and with a little luck, their season ends on Sunday.

Seattle (+1) @ Philadelphia – You expect me to bet against MY Seahawks… against MARK SANCHEZ??? Pete Carroll knows this guy like the bottom of his scrotum, and fully expect the legion of boom to be the difference in this one. LeSean McCoy will have to go for two bills for the Eagles to have a shot here. Moneyline.

New England @ San Diego (+4) – The Chargers season ends with a loss at home this week, so I feel like they’ll be going all out against the infamous hoodie. Tom Brady owns Phillip Rivers’ soul and we best not forget it… but still, I like the Chargers to keep this one within reach and possibly win.

Atlanta (+13) @ Green Bay – With Sam Shields likely missing this game, I like Atlanta to either keep it fairly close in a shootout, or come up with the traditional backdoor cover.

Thanks for joining me for another edition of “Betting With Beddict,” a place where we can put our brains to the test regarding both NFL spreads and fantasy football production. Feel free to challenge my picks and make your own below in the comment section or holler at me on Twitter at @Tehol143. It’s fantasy playoff time and I wish you all the best of luck. May the Elder Gods be with you.