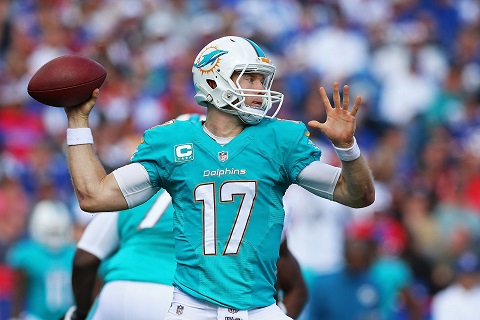 Welcome back to another action packed, fun-filled edition of By The Numbers. Hopefully you’ve had your fill of everything Thanksgiving, because the list of top-tier rushing and passing match ups this week is a bit thin. The Turkey-Day games definitely took some oomph out of the normal Sunday slate, but I’ll do my best to harvest a few gems to satisfy your fantasy football fetish. I do have to admit though, the Holidays just wear me out. I mean, the pressure of making everyone think you’ve established yourself as a normal, productive adult is a tall task. But trust me when I tell you that I’m incredibly consistent in my ability to disappoint friends and family alike. So I guess you could say this years Thanksgiving was another success?! Anyway, one other item that’s been consistent this year is the atrocious defensive play of the San Francisco 49ers. We’ll pick apart their rushing defense down below, but for the time being I’d like to discuss their 30th ranked pass defense. Yep, you know where I’m going with this… It’s Ryan Tannehill time and we should all rejoice! The 49ers are so bad they’re on my stream-against list every week. They’re giving up 19.8 fantasy points per game, which is good for fifth most in the league and they’ve allowed at least 10 points a each week to opposing QBs since Week 2. Tannehill is set up for a productive afternoon as the 49ers are allowing 252 yards passing per contest and they’ve handed out 23 passing scores (2nd most) against just seven interceptions this year. So, if you’re a fan of the 49ers, this might be a great afternoon to do something fun, like go for a bike ride or get back-out drunk and embarrass your immediate family. Anything to avoid this disaster that’s about to take place in South Florida. Until then, here’s a look at some more of my favorite plays this week:

Russell Wilson – This looks like a green-light special for Wilson owners this week. Over the last 4 games, Tampa Bay has allowed 27.7 fantasy points to opposing QBs, which qualifies for second-most and they’ve given up 11.5 fantasy points to tight ends – good for seventh-most in the league.

Carson Wentz – Let’s not over think this. The Packers pass defense has allowed at least 280 yards passing and three passing scores in three of their last four games. In fact, they’ve allowed at least three passing scores in five of their 10 games this season. If you think that’s bad, well it is……but it’s gets worse. Over the last four games Green Bay has yielded a total of 1239 yards through the air and opposing teams have put up 153 points over that same period. Yikes.

Eli Manning – The Browns are giving up 265.5 yards passing per game and they allowed the most passing scores in the NFL to date this year at 25. Running Eli out as a starter is always risky business due in part to Ben McAdoo’s infatuation with running the football, but this week’s match up is just too good to ignore. The Browns have generated just 8 interceptions and 16 sacks this year, presenting a safe floor for a high variance QB like Manning.

Wendell Smallwood – Both Ryan Mathews and Darren Sproles have yet to practice this week, so I’m expecting a sizable workload for Smallwood. If you want to dig deep for obscure stats (that’s what I do) there’s this: Whenever Smallwood receives at least 13 touches in a game, he’s totaled at least 70 yards. After what Washington did to Green Bay last week, that should be enough to turn your Smallwood into a Tallwood. Amirite?? Anyway, over the last four games, Green Bay has given up 27.7 points per game to opposing running backs.

Bilal Powell –  This is my super-sneaky, freaky-deaky  play of the week. New England gave up a receiving touchdown to Shaun Draughn last week and were dinged up for 7 catches and 87 yards the week before by C.J. Prosise. If the Jets fall behind, which they’ll likely do, the game script could heavily favor Powell. He’s scored in two of the last three games and has racked up at least 50 yards when he receives at least 10 touches this year.