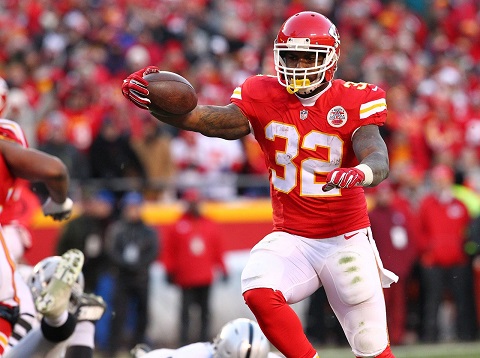 Greetings, fantasy friends… It’s your reliable internet buddy Mike Honcho and I’m here to hook you up with the best passing and rushing match ups for Week 8. I’m typing this as I listen to the new Bon Iver album 22, A Million. Hopefully some of you are familiar with the Indie Folk band from Fall Creek, Wisconsin. If not, definitely check them out. Front man Justin Vernon is a musical genius, he crosses over into many different genres of music and rarely disappoints. But let me be perfectly clear here: I might be getting too old to enjoy hat others label as “Hip.” I mean, I really like that they’re branching out again on the new release, but it contains way too much “folktronica” for my liking. Unfortunately, that’s what the young kids like so it looks like it’s here to stay for a while. Give me “For Emma, Forever Ago” or the self titled “Bon Iver” any day of the week over their current release. Just my opinion. Sue me! So while we’re talking about things that are old, let’s discuss Jamaal Charles. It seems Father Time has paid the former workhorse an untimely visit for 2016 and his fantasy owners are none too pleased about it. You know how Jamaal feels, right guys? Any given Saturday you and your “bros” head to the mall with your Affliction shirts and you try to “mack on babes” outside of the Fashion Bug. Only to remember you’re 34 years-old and the Assistant Manager of a GNC. Life is brutal at times. Anyway, A new, young feature back has emerged. Spencer Ware has absolutely beasted in his opportunity as the lead back and he’s poised for another huge week. Kansas City will travel to Indianapolis Sunday in what should be a run heavy game script. The Colts are 25th in the league in rushing defense – allowing 118.6 yards per game on the ground. They allowed  28/124/1 and 28/158/1 the last two games to Tennessee and Houston respectively. To make matters worse, Indy has allowed 24.8 fantasy points per game to opposing RBs this year, which ranks 26th overall. That’s a lot of “suck” to process in terms of the Colts’ defense, so let’s take a break and look at my favorite plays this week:

Carson Palmer – What happened to Carolina? Whew. Their pass defense was obliterated by New Orleans, as ten different Saints’ receivers caught balls. Drew Brees went for 460 yards and 4 TDs and the Panthers generated just one sack out of 49 drop-backs. The Panthers have allowed opposing QBs to score 26.9 fantasy points per week this season.

Alex Smith – The Colts rank 25th in the NFL in passing yards, allowing 281.1 per contest. They’ve also given up a 11 touchdowns through the air, while forcing just two interceptions. That’s a terrible ratio. In fact it’s worst in the league. Indy has also demonstrated no consistency in getting to the opposing QB – as their 11 sacks rank just 24th and they’re allowing opposing TEs to rack up 13.4 fantasy points per week, which ranks 30th.

Ryan Fitzpatrick – Typing Fitzmagic’s name prompts the Vince Lombardi “What the hell is going on out here” quote on loop in my head. Honestly, I’d rather have Geno Smith’s torn ACL under center, but we’re going here anyway. I mean it’s Cleveland, so get him in your lineup. The Browns are giving up 288 passing yards per game, 29.5 fantasy points to opposing QBs and they rank 26th in points allowed to receivers. This will be interesting.

Russell Wilson – Wilson is running far less this season that he has in any other year, which is good for his passing numbers. New Orleans owns the league’s 30th ranked pass defenses, allowing 287 yards per game along with nine scores. Over the last three week’s, the Saints have allowed opposing QBs to score 24.3 fantasy points per contest. The Wilson to Baldwin combo should be electric this week.

Matt Forte – Cleveland has given up 408 rushing yards and three touchdowns on the ground over the last two games. So far this season the Browns are allowing teams to average 139.6 yards a game on the ground and they’ve given out seven total rushing scores.

Latavius Murray – Over the last three weeks the Buccaneers rushing defense has allowed the fifth-most yards per game to opposing RBs (25.6) including a 28/160/1 line to the 49ers in Week 7.

Melvin Gordon – The Denver Broncos rush defense is currently ranked 22nd in the league, giving up 116.6 yards per game. While Gordon’s yards per carry (3.1) won’t light your wow candle, his 10 touchdowns on the season should keep it lit for up to 4 hours after intercourse. Wait, what!? Never mind. Wrong blog. Anyway, this is a tremendous match up for Gordon and the Bolts.

Matt Asiata – Jerick McKinnon missed practice Wednesday, so there’s a chance his role will be reduced. Matt Asiata should see the majority of carries, which already includes goal line work and he caught six passes last week making him a valuable PPR asset as well. The Bears’ rush defense has been overrated thus far, as they’ve faced Green Bay, Indy, Jacksonville and Detroit.

James White – I like White more than most this week mainly due to Buffalo giving up 8 rushing scores over the last five weeks. One other item to watch Sunday is James White and his pass catching ability out of the backfield. In Week 4 he had 5 catches for 50 yards and that was with Jacoby Brissett under center. Dreamy Tom Brady is back so White should eat early and often.