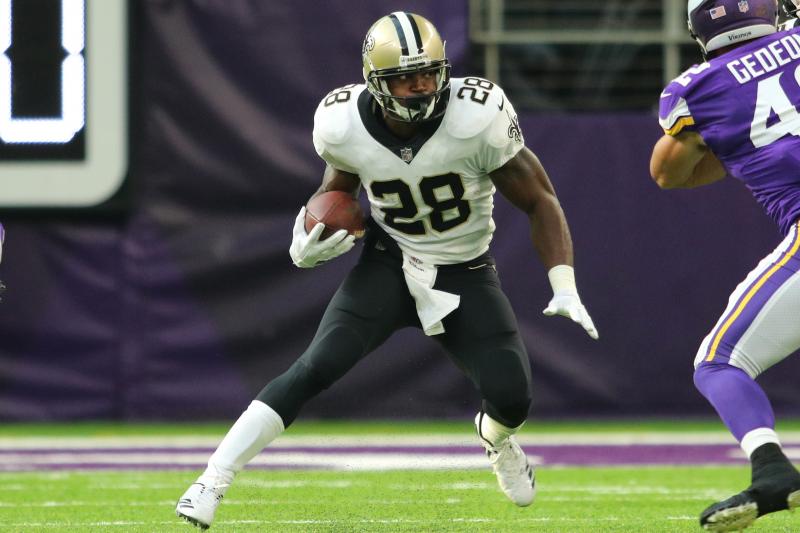 Well folks, after four games, the Adrian Peterson experiment in New Orleans has come to a close. After an offseason deal worth $7M for two years, the Saints have traded away AP to the Cardinals for a conventional draft pick. Simply put, the Saints wanted to get rid of him, and this was the fastest way, and easiest way possible. This now leaves New Orleans with three running backs: Alvin Kamara, Mark Ingram, and youngster Trey Edmunds. Meanwhile in Arizona, Adrian Peterson now jumps into the wasteland that was the RBBC with David Johnson’s injury, now competing for touches against Chris Johnson, Kerwynn Williams, and Andre Ellington.

So what does this mean for both teams? Well let’s get to it!

What This Means for New Orleans

Well it was only a matter of time before Peterson would either become nonexistent or leave entirely, right? After only playing 4 games, with 27 rushing attempts good for 81 yards and no TD’s, it’s safe to say that Peterson wasn’t being a crucial centerpiece of the offense, something we thought would occur when he signed with the Saints over the offseason. Now that he’s gone, we can finally get to the runners that actually are productive in this offense, Alvin Kamara and Mark Ingram. However, it was still a bit of a mess between these two running backs when AP was in the picture. Kamara mostly produced on passing downs out of the backfield, with Ingram mostly working in the early down scenarios, however Kamara still outproduced Ingram in terms of total TD’s and yards/rush. I can’t say with 100% certainty that without AP, the Saints coaching staff will just give Kamara the bell-cow role on both rushing and passing downs, with Ingram working as the change-of-pace back, just because 1.) Kamara has been playing better and 2.) The Saints hate Mark Ingram, apparently, but it seems like the likeliest outcome for this backfield.

What This Means for Arizona

First off, Adrian Peterson will now have more value on Arizona than he did in New Orleans, so he’s worth a waiver wire add, but just because he’ll have more value doesn’t mean he’ll be the runner he once was, or step into the bell-cow role that David Johnson left behind. When DJ first went down, we all rushed to the waiver wire to pick up Kerwynn Williams, thinking that he would be the bell-cow, and he wasn’t. We then rushed to the waiver wire to pick up Chris Johnson, and he was a bust as well. Johnson and Williams barely rushed for more than two yards/carry when they had their chances, and now Peterson will get his chance. And sure, Peterson isn’t a bad runner, and in my opinion, he’s certainly better than Williams and CJ2k, but this Cardinals offensive line is just brutal. First off, they can’t protect Carson Palmer if their life depended on it, and now they’ve lost a crucial piece in this line for the season in G Mike Iupati.

For Peterson to be fully productive in Arizona, he’ll have to get 15-20 carries each game (we thought that was going to be the case in New Orleans, and *spoiler alert* it didn’t happen). Here’s the problem though: No Cardinals back has seen 15-20 carries this season. Not even David Johnson. And although Peterson is probably better than Williams and Johnson, it’s anyone’s guess if they’ll feature him that often. My guess is that they won’t, simply due to their passing nature as an offense combined with their O-Line play.

Peterson is worth a waiver wire pick, but not the best waiver wire addition this week. Don’t take him if you have the first priority, and definitely don’t blow your FAAB to get him. I would use <5% of your budget to get him. Aaron Jones, Elijah McGuire, and Marlon Mack are all guys who I would much rather have than Peterson. And as for the rest of this Cardinals backfield, you can keep onto Andre Ellington in PPR leagues, but you can drop everyone else.