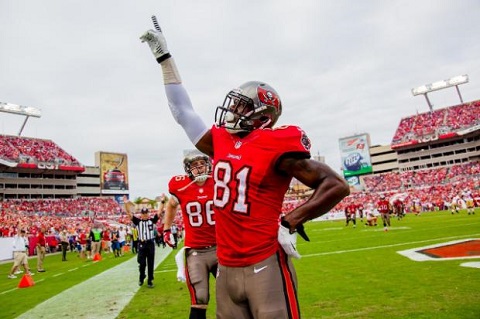 Okay, full disclosure I’m a Patriots fan and have been for a long time. The first professional sports team I can remember caring about was the Pats. My father had molded me into a football fan from an early age. The problem was the Patriots were terrible and a lot of their games would be blacked out. Even though I grew up 25 miles from Foxborough, I rarely saw a televised home game. Instead I filled my Sundays watching the 49ers and Joe Montana or the Giants in the Phil Simms and  Bill Parcells days. We’d typically get away Patriots games and almost always they’d get smoked. It got so bad there was talk of the franchise moving. A preposterous thought nowadays. At one point it seemed as though they were headed to St. Louis. It sucked being a Pats fan. Then Bob Kraft swooped in bought the team, hired Bill Parcells, drafted Drew Bledsoe with the top overall pick, and started rocking the hell out of two toned collected shirts. So what I’m getting at is, I’m sort of bias. 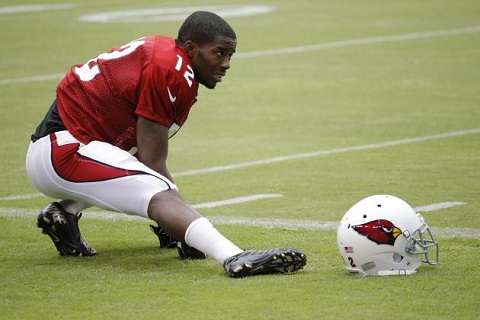 That’s a good stretch you’re getting in there helmet. Well done.

One of the biggest surprises from week one of the NFL preseason was the outstanding performance of Arizona Cardinals rookie wide receiver John Brown. Throughout their dominant preseason victory over the Houston Texans, Brown continuously ran circles around defenders on his way to an impressive 5 catch, 87 yard performance. Even more astounding was the fact that he likely would have had a touchdown catch as well, if not for Arizona’s untimely quarterback inaccuracy. Nonetheless, it was quite the rookie debut for an overlooked and largely unknown receiver, who could make a huge impact as a late-round steal in your fantasy football league. 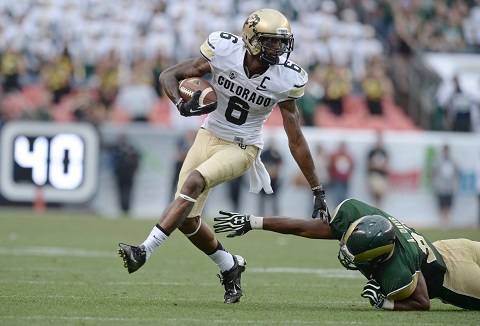 Here, let me help you up. Haha, just kidding. See ya!

The Seattle Seahawks selected wide receiver Paul Richardson in the second-round of the 2014 NFL Draft. Shortly thereafter, fantasy football owners worldwide collectively rolled their eyes with disinterest. After all, ever since the retirement of Hall of Famer Steve Largent, Seattle has been largely known as a place where quality wide receivers dramatically fade into fantasy obscurity. It’s an unfortunate fact, but an important one that has been particularly evident since the beginning of the Pete Carroll/John Schneider era in 2010. Yet, with Pro-Bowl quarterback Russell Wilson entering his third year as a starter in the NFL (and coming off of a dominant 43-8 Super Bowl win over the Denver Broncos), it’s entirely possible that Seahawks Offensive Coordinator Darrell Bevell could be persuaded to open up the passing game in 2014. That would mean the wide receiver position might once again become a valuable commodity in the Pacific Northwest. Of course, nobody is going to fool themselves into believing the Seahawks will turn from the run-first mentality that has served them so well, but it’s still fantastic news for Seattle’s receiving core. 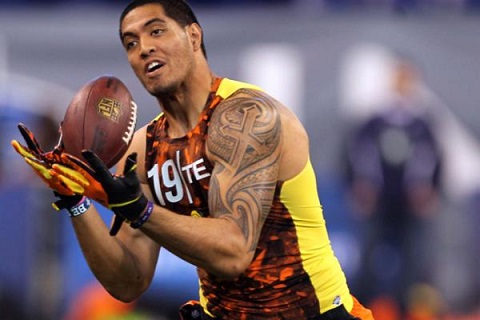 Kinda looks like when I eat a baked potato. Needs more chives though.

Levine Toilolo, or, as I often call him, Tin Foil Tofu, which sounds half-edible, is a 6’8″, 260-pound tight end. Which makes me think that his thighs are bigger than my head. While normally that would be enough to convince me to keep track of him in fantasy football this year, I feel like there should be other reasons. Not just food and thigh related, ya know? So let’s go over some superfluous reasons of why he is a sleeper for the upcoming 2014 season.

Welcome to my fourth, and last installment of my fantasy football rookie sleepers.

So far, I’ve covered the first-year quarterbacks, running backs and wide receivers who could sneak up on owners this year and are worth drafting in fantasy leagues.  These are “sleeper picks”, so you won’t see the Lions’ Eric Ebron on this list.

Not all players suggested stand to have an immediate impact, but they will be relevant in dynasty leagues for years to come.

What makes a fantasy football team come out on top?  Well, having the best roster helps.  Sure, there is some luck that goes into that — as well as good timing — but only one owner in your league would have been fortunate enough to have added a Riley Cooper or a Marvin Jones before their breakout years last season.  Those types of players don’t just fall from the waiver wire tree.  The best way to map out a favorable outcome for your team by season’s end is to do your scouting now.  This way, when draft day comes, you’re not caught off guard.

This year’s NFL Draft featured a plethora of talent from the wide receiver position.  While guys like Mike Evans, Sammy Watkins, and Brandin Cooks should be snatched up pretty quickly in redraft leagues, there are other guys worth targeting in later rounds and in dynasty formats.

I’ve already covered the top sleepers at the quarterback and running back positions, and today I’ll highlight a few of the rookie receivers I feel are ready to make an impact in the fantasy football world.  Who knows, you may have the next Cooper or Jones on your hands.

With the NFL season shortly approaching, now is the time for fantasy football owners to start preparing for their drafts.

We’re not even into the month of June, but getting a leg up on the season will go a long way.  Understanding where rookies stand is a key component of dynasty and redraft leagues.

Earlier, I discussed the top rookie sleepers to watch for at the quarterback position, and today I’ll be delving into the first-year running backs.

We witnessed an entertaining NFL draft last weekend, and with rookie minicamps starting, it’s a perfect time to evaluate what some of  this year’s freshman class will have in store for fantasy football owners.

There were quite a few big name players selected at Radio City Music Hall, but the purpose of this article is to highlight some of the sleepers that could make an impact on your fantasy teams this year and beyond.

You won’t see me hyping QBs like Johnny Manziel, Blake Bortles or Teddy Bridgewater, or even WRs like Mike Evans and Sammy Watkins.  Those players, and others like them, could and should be taken somewhat earlier in redraft leagues.  This column will feature guys who are either rosterable in dynasty leagues, or ones that are worth gambling on in the later rounds of redraft leagues.