What a propaganda piece that Vine of 2014 C.J. Spiller is.  For one thing, it could give the impression the result of the play was a TD.  It wasn’t, in fact he scored zero rushing TDs last year.  Instead it was his last snap of 2014.  Yes, that’s the play he was injured on.  This sums up why he must be one of the more frustrating running backs to own (I can’t say, I’ve never owned him).  There is new optimism for him because he has left the Bills for the Saints and with that move comes some hope that he will be utilized correctly as a committee back who can make plays in space.  In general the fantasy powers that be are ranking him about right — he’s the 23rd RB in FantasyPros ECR (expert consensus rankings).  I think many folks rank him in the 24-30 range so the bump to 23rd comes from those experts ranking him in the 15-20 range and that’s too high for me.  This post will explain why. 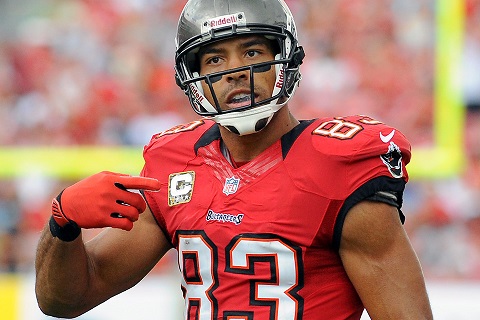 I wasn’t always so down on Vincent Jackson. In fact, it’s quite hard to be seeing as how he’s had six 1,000+ yard seasons in the past seven years, with four straight from 2011-2014. And mind you, only one of those seasons involved a quarterback named Philip Rivers. Since then, he’s had the likes of Josh Freeman (to be fair, some of it was peak Freeman), Mike Glennon, and Josh McCown throwing to him, so you’d certainly give Jackson a bunch of credit for being an above-average receiver for quite some time in fantasy football. And while the end-of-season numbers always seem to be there, the problem isn’t so much of not having a legitimate NFL quarterback (which he doesn’t), or a running game that takes focus from the defenses (he also doesn’t have this either) or even other receivers to create space (Mike Evans actually does this), the problem is consistency. 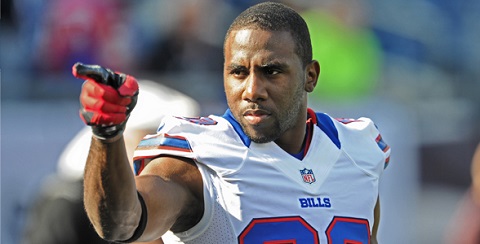 One thing’s for sure, the hype train has always been strong with this one. And deservedly so. A perpetual description of “incredible athlete on the brink of breaking out” was a yearly norm for C.J. Spiller. So much so, he’s been heralded as such for the past 581 years. Alright, so maybe it’s just four years, but still, in the NFL, that’s an average career span right there. And after dealing with another season in which ineffectiveness and injury took precedent, well, finding himself on the Saints and in Sean Payton’s offense is sure to give people some selective amnesia. In fact, it’s already happening in New Orleans as we speak. Not that I don’t like Spiller as a buy-low, but I doubt we ever see that price tag. This offseason hype train is sure to choo-choo once again, and because of that, he’ll wind up being overrated and probably overdrafted for the 2015 fantasy football season.