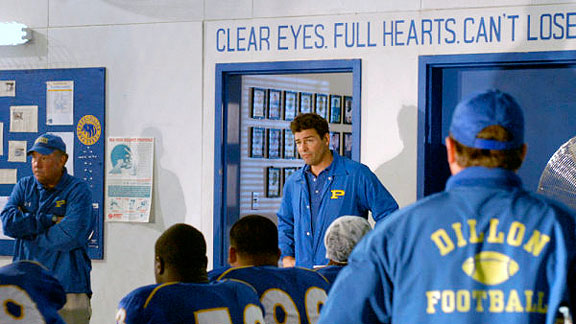 Why Razzball? Why you ask. If I really need to answer that question then I think you are in the wrong place. Perhaps you meant to visit espn.com where you could fill up on shitty advice from some overpaid, over hyped ding dong. I’ve been trying to figure a way to work “ding dong” into a post all season. Check that one off the list. But while I have your divided attention, I’ll answer it anyway. Is “undivided” attention actually a thing anymore. Heck I’m barely paying attention as I write this post. So you’ll have to forgive my randomness.

I began as reader/commenter on the baseball side of things. At first it was mostly Grey’s stache that kept me coming back. But then I realized that the more I read, the more I wanted. It was like a crack habit, or at least what I understand such an addiction to be. Allow me to sum it up with a brief anecdote. Let’s say Manny Machado dropped a routine popup allowing a run to score, tying the game and wiping out Dylan Bundy’s win. Now many mainstream websites would focus in on the fact that Machado had 19 errors last season which was the second most of any third baseman. Others will comment on the fact that his mishap cost Bundy his first major league win. While Razzball might mention both of these boring facts, you are also likely to discover that the reason Machado dropped the ball was because as he was about to make the catch, Rougned Odor who was approaching third base, let out a monstrous fart that distracted Machado, causing him to laugh, lose focus and not make the catch. And I won’t get started on the irony of Rougned’s last name and how it would be used to amplify the impact of his flatulence. In a nutshell, Razzball tells it like it is and does so in style. I wanted to say “with class”, but I know myself better than that. Political correctness is a crutch.

Now that I’ve gotten that rant out of the way, let’s turn our focus to a more important matter. With the fantasy football regular season in the books and the playoffs front and center, I thought we take a moment to look back at the last 13 weeks. Hopefully all of you have participated in the RCL (Razzball Commenter Leagues). I think we ended up with 32 leagues this year. With 12 teams per league, that comes to 384 teams. If you find yourself thinking that I am good at math, you’d be correct. But that’s not all I’m good at. Go ahead and take a look at the RCL Standings and see who ended the regular season in first place. I’ll give you one guess. You know who has two thumbs and is awesome?

383 of you tried and 383 of you failed to be better than me. I guess it’s really 382 since I had another team in the mix. At 12-1 the Dillon Panthers lived up to the hype, dominating the Razzball Writers League, outscoring the second place team by 173 points. With a receiving corp of DeAndre Hopkins and Odell Beckham Jr, it should come as no surprise that I was in contention for first place. Mid-season pickups, Thomas Rawls and DeAngelo Williams helped solidify an already stellar starting lineup. But perhaps the key to the top ranked team, was Cam Newton who scored the second most fantasy points (287.48) this season behind only Tom Brady (297.08). I’m not exactly sure how the RCL playoffs work, but as far as I am concerned, fantasy playoffs that are not two week matchups are a terrible way to decide a champion. They give way too much power to the element of luck. So for now, Tim Riggins and I are going to crush a case of beer and enjoy the view at The Landing Strip.

But before I head out, I guess we can see what The Stats Machine has to say about life.

Despite throwing for 331 yards and 5 touchdowns, Cam Newton was not the top QB in week 13. If I didn’t factor in opposing defenses he would be, but that’s not how I roll. Newton’s heavyweight performance came against one of the most generous teams to opposing quarterbacks. The New Orleans Saints defense has been nothing short of shit, giving up an average of 301 yards and 2.9 touchdowns per game. For Cam it was like taking candy from a baby. Like Clayton Kershaw pitching in a AAA game.

Instead of Newton, the top tosser was actually Russell Wilson. The Seahawks QB threw for 274 yards and 3 touchdowns against a Vikings defense that had only allowed 239.5 yards and 1.3 touchdowns per game coming into the contest. In his last three games Wilson has thrown 11 touchdown passes and 0 interceptions. Seattle has really turned it up a notch since Lynch went down with an injury.

PPR league participants might look at last week’s 10 catch-115 yard-touchdown performance and dub James White The Great White Hope. Considering he’s a Patriots running back, hope is all you can do. He gets Houston this week. The Texans’ numbers against opposing running backs are very similar to White’s week 13 opponent (Eagles). If that gives you any sneaky ideas for this week, you’re a better man than I. I have a bye this week, but I don’t think I could bring myself to start him if I didn’t. However that might be more a factor of my other options at RB.

In standard leagues T.J. Yeldon, Latavius Murray and Thomas Rawls took the top three spots. I can’t say enough good things about Rawls if I tried. He is my fantasy hero this season. I own him in every league I am in. Been sitting on him since about week 8. And for the record, I don’t own Lynch anywhere. So this wasn’t a handcuff scenario.

Keep an eye on Doug Martin this week. Just a hunch…

DeAndre Hopkins, Antonio Brown, Odell Beckham Jr and Julio Jones make up four of the top five wide receivers this season. Not one of those names should surprise anyone. The fifth name is Allen Robinson. In 12 games he has 11 touchdowns. He is averaging 5.4 receptions and 90 yards receiving per game. Combined with Allen Hurns who is averaging 68 yards and has 7 scores in 11 contests, the Allen brothers pack quite the 1-2 punch in the Jacksonville offense. Last week Robinson had 10 catches for 153 yards and 3 touchdowns. This week he gets the Colts. I like the matchup. Robinson and Hurns all the way in week 14.

Last week’s top tight end is Richard Rodgers. Here’s what I said on Wednesday, “Ignoring his hail mary catch, he still put up a nice line of 7 catches for 85 yards. With 4 touchdowns in the last 5 games, Rodgers is going to be the fancy pickup this week. I tried to grab him to backup Tyler Eifert, but missed out. It seems he and Aaron Rodgers have found some chemistry. Perhaps they’ve realized they have something in common. Rodger, rodger!”

It’s a big week for many of you. Word to the wise. Play your strengths. Remember what/who got you this far. And don’t be afraid to take a chance if the chance feels right. Pay attention to the matchups. And if it’s not already too late, look ahead at which defenses you could stream in weeks 15 and 16 and grab them from the wire now. But most importantly, do your best.