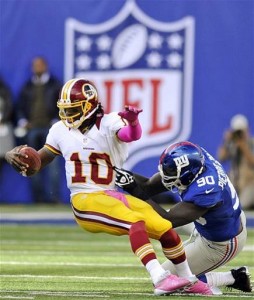 It’s easy to get lost in the 36 chambers of defensive lineman when staring into the IDP Labyrinth. The most volatile players in the IDP market require special processing to wholeheartedly understand their chess-boxing mysteriousness. To fully harness this mysterious chemistry let’s grease the weak emcee guillotine and pay homage to hip hop’s greatest group by supplying defensive line rest of season tiers via Wu-Tang compositions. These Staten Island-based track choices aren’t necessarily the Wu’s most critically acclaimed, but rather characterize the lineman occupying each tier. The rankings system combines raw snap count data (at least 60% of defensive snaps seen), upcoming schedule projections (byes and opponent pass/run blocking), and an embattled intuition embedded in my brain from about 10 years of IDP leagues (shout out to Jamie Sharper) . Defense is for the babies!

In a tier by his lonesome, Watt, not only drags the QB to the ground more than any other defensive player,  but also lands in the league’s passes defended top 10. His 10 pass deflections top elite-ish CBs Pat Peterson, Cortland Finnegan, and Rodgers-Cromartie (9 each), which showcases his ability to implode the pocket and get the hands up before QBs can bomb atomically.

J.P.P destroys blocking schemes Shaolin style (predates Gangnam Style) and makes the QB look like a drunken monk. Keep this Giant active with unbridled confidence. Jones will be able to pin his ear back and rush the passer as Brady forces opposing clubs to play catch-up. In the defensive lineman virtual football world “times is rough and tough like leather,” so I’ll roll with doodes that exhibit raw athletic prowess whenever possible.

Business in the front/party in the back has a bye coming up, but then faces a hangbanger boogie slate of o-lines to smoke up (weeks 12 – 16). If you can acquire the mullet-ed mauler from a fidgety owner as the Vikes D regresses and the bye hits, then you might find yourself “sippin’ mix drinks out of boat coconut bowls” during the fantasy playoffs, whylin’!

These ends are liable to irrupt for crooked numbers in the sack column at any point. Wake is bye free and plays with an endless chip on his shoulder. Elvis makes o-linemen look like fools as he rushes in, so don’t work with a suspicious mind; and continually start the guy (if healthy). Clemons could tally 6 sacks in 3 games following his week 11 bye (faces MIA, CHI, and ‘ZONA).

The 6-8, 300 pound Campbell seems to have suffered a calf injury during the Cards’ week 10 bye, but he’s still one of the few linemen that can give you a 10 tackle performance. Smith and Atkins pound butter pecan sundaes and hit the QB. You might say “Hey Brodes, Smith has no sacks this years!” to which I’ll respond he leads the team in QB pressures/hits. Acquire these lads and “watch these d-lineman get all up in your guts: tackles, forced fumbles and sacks the IDP flush.”

Big names, tiny stat lines to date. Suggs might not even qualify as a lineman in your league, Williams is playing hurt, Tuck disappears frequently, Cole has contributed a negative return on investment, and Peppers posted the old goose egg in week 9. We’re talking rest of season here. Low stock means buy in the fantasy arena, and to protect that premise I’ll endorse these draft- day busts. These guys are all getting snaps and can win you a week if they can FINALLY get off blocks/double teams and ruffle up the ball-hiker. Buy now or be forced to start the “Just Missed” crew creeping below. Maybe a better Wu-banger for this tier would be “Protect Ya Neck.”