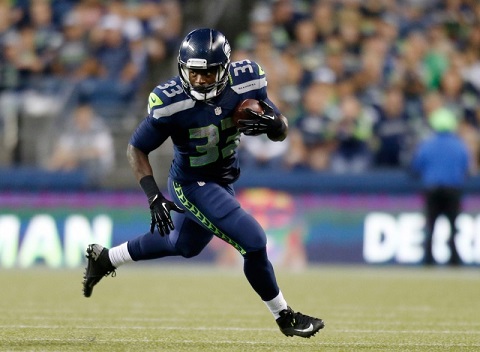 Greetings! Oh ye followers of the Lord, I humbly summon you to partake in a birthday celebration fit for… fit for… well, a Lord. Tis my birthday on Thursday, and myself and the Lord’s keeper (Jay-Wrong) will be guzzling absinthe by the gallon while we watch Lord Grey Albright and Ralph Lifshitz joust to the death. I must mention the fact that Lord Grey is our liege Lord and his death can simply not be allowed. Therefore, Prospector Ralph must take one for the team. He will be deeply missed, and by deeply I mean that I will piss on his ashes and move his wench into my private quarters for a few months and add his children to my service staff. Spotted d*ck and rhinoceros steak sandwiches will be served for all of those interested in joining. Jay and I are both turning 25 this year [Jay’s Note: Haha.], and though we’ve accomplished so many tremendous things in our lives thus far, I see an even brighter future upon the horizon. Our partnership has become stronger than that of Siegfried and Roy as we continue to master fantasy football together as one. Let’s just pray neither of us is mauled by a Tiger. [Jay’s Note: Amen brotha…]

Players the Lord believes will Delight in Week 6:

Russell Wilson – When Russell Wilson took the Seahawks to back-to-back Super Bowls, one of which he won and another which he should have won, he had my curiosity. But when he jacked Future, AKA the hottest rap star in the game for his baby momma, he received my full attention. Now every time “Blow a Bag” comes on in the locker room, some poor man gets baby powder pimp-slapped as Russ proceeds to have one his handlers put Green Day back on. Start Wilson this week in all formats. I hope you have time of your life.

Christine Michael – Atlanta’s backers are more banged up than Kardashian tang after a pool party at Uncle Luke’s crib, and I fully expect Christina to stream through wide open holes like the soft serve dished out in ‘2 Girls 1 Cup’. The Falcons are giving up 4.3 per carry on the ground, but I’m thinking Michael snow-pierces them for seven a clip. Call it a hunch or just call it reality. Take it how you wanna take it, dog.

LeSean McCoy – We now know that Greg Roman was the problem. Funny, since we thought that to be laughable at the time of his firing, but since that horrid time in the life of Bills Mafia, Buffalo has ripped off three straight victories and are headed to 4-2 after they treat the 49ers like my acting coach did Christian Slater when he told him he’d like to get back into something other than smut films. Look, the 49ers have major injuries across the front seven and McCoy has been eating like he’s been starved in the desert for two weeks and just got off adderall. Now is the time.

Terrance West – Ding-Dong! The witch is dead! And that witch is otherwise known as Marc Trestman, the witch that for reasons we have yet to figure out, decided not to run the ball in what was an extremely close game, a close game where they had great success running it in the first half. Good riddance Marc, and welcome all to the T-West experience. Now I got Trestman’s daughter hounding me. Ain’t that a bitch?

Quincy Enunwa – Patrick Peterson will be draped on Brandon Marshall, leaving Enunwa to treat whatever pigeon is attempting to cover him to a pig-roasting. Can I use two animals in the same sentence? Does that work? Either way, if Sugar D!ck, AKA Eric Decker misses the game, Enunwa should go for 80-plus and a score.

Dorial Green-Beckham – With Nelson Agholor showing hands of stone, it’s only right that this man of unusual size takes full control of the number two receiver spot, and I expect the young man to excel. The American Indians give up over 260 yards a game in the air and I’m GUARANTEEING you that DGB hits pay dirt.

Robert Woods – Another man I’m vouching for to find the end zone this week. With Buffalo refusing to trade for any viable receiving options, Woods is the de facto number one. Tygod barely missed him for a long score last week. Tygod never misses twice. You’ve to be realistic about these things.

Jimmy Graham – Hotlanta is hot garbage against the pass, somehow still ranking 27th, even after being gifted a matchup with the wonderlic-bombing Paxton Lynch. Stupid is as stupid does, as Forrest Gump’s momma used to tell me. Anyway, I tried to tell you before the season that fantasy rankers were far too low on Jimmy, and for once, I’m looking intelligent. And when you mix intelligence with sex appeal, you have the ability to make love to D-level actresses in Hollywood. Graham is truly showing the world that light skinned brothers are making a comeback. This could be a monstrous day.

Charles Clay – Say one thing for Charles Clay, it’s that he’s Tygod’s most trusted target. And though he’s decrepit and has the worst contract in the NFL, Clay is still capable of performing like a top ten tight end when the mood strikes. Will it strike? Only the Elder Gods know.

Robert Aguayo – I’ll be smoking peyote with the Elder Gods over the next two weeks, digging deep into the problems of young Robert. We shall come forth from this drug induced haze with a clear answer on what to do with this young man. I foresee a bright future, a future filled with hot-tubs, Cristal, and surgically enhanced women galore, but, my friends, the Lord has been incorrect a time or two before, so don’t hold it against me. You’ve got to be realistic about these things.

Players the Lord believes will Disgrace in Week 6:

Colin Kaepernick – Nobody circles historically washed up Quarterbacks like the Buffalo Bills. Chippy needs to up his protein shake intake, STAT!

Matt Ryan – When facing the Seahawks in Seattle, there’s only one thing one can do in fantasy football. SIT EVERYONE! You MFers can’t be us or see us. You think you mob, but we the MFin Mob. Don’t come out to the westside thinking you won’t get got.

Dak Prescott – The Packers defense is immensely improved and Dak get’s exposed like he was talking groupies in Billy Bush’s trailer.

Matt Jones – Gruden’s goofy little bro is already talking about Kelly, the Deadskins’ backup no-name running back which isn’t a great sign for Jones owners. Plus, they’re facing the staunch Eagles run defense. Sheath Jones for the time being if you have the luxury.

Jay Ajayi – This guy is just nothing more than an average football player. The Dolphins season is lost, much like my conscience.

Chris Ivory – Why did they sign this dude again? Maybe they should have spent that money on the offensive line and a “Football Coaching for Dummies” book for head coach Gus Bradley. Disgusting.

Chris Hogan – Which white receiver will go off this week? Who knows? Who cares? I don’t own any one of em (*laughs maniacally*).

Sterling Shepard – Kudos to you if you sold high after the first three weeks because we’ll probably never see those numbers again. I hope you like six fantasy points a game… and bestiality.

Antonio Gates – Do me a favor and rub Icy-hot on your testicles. That’s what it feels like watching Antonio Gates play football these days. Daddy, make it stop.

Thank you for joining me for another edition of Disgrace/Delight. As per usual, I shall answer all questions and comments in the section below. Your wish is my command and I’m commanding you to wish me a happy birthday. Have a lordly week.