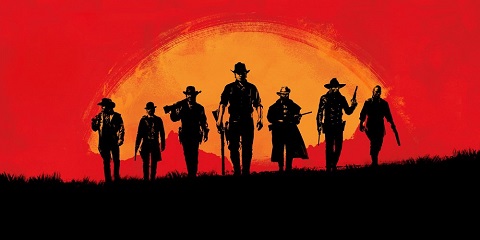 Greetings! Well, well, well, what has the doctor pulled out of musty pudenda of FantasyPros, but yet another Lord Beddict top-five finish. I do this not to gloat (NEVER!), but to enlighten you to the fact that this is all not just some game to me. I take the NFL more seriously than I now take the risk of getting and/or giving STD’s, and if you’ve witnessed my unsheathed rapier, then certainly you’d know that it’s first coated in layer of hand sanitizer, then swaddled with saran wrap, fitted in sausage casing, followed by a bubble wrapping and a blue whale magnum, all before crevice entry. But, honestly, I have loved this sport immensely for more years than I care to count, and as my hair greys and my forehead wrinkles, it gives me some (very little) peace of mind knowing that my brobdingnagian love of the sport finally paid some dividend in my life. And to think, I’ve been waking up in cold sweats in the middle of a nightmare where I’m just falling into nothing, screaming at the top of my lungs in terror, asking myself why I’ve wasted so many hours of my life on this meaningless shit. Waking up to text my therapist, begging her to help me find some purpose in this life before being hit by a semi-truck on my five thousand dollar bike or having my penis and scrotum ripped to many, many, large pieces by a great white shark. But it seems all those what I thought were useless hours, I could have spent focusing on my real job, saving relationships or just living a decent life, actually paid off in a major way. What a time to be alive.

Players T.B. thinks will rise like a zombie hoard in Week 11

Kirk Cousins – If you only watched one game in your entire life, and it happened to be last week’s Packers/Titans game, one would assume that the Titans receiving weapons were the greatest in NFL history. Now, peep game for a minute right quick; The Redskins Potatoes have DeSean Jackson coming back this week to join a rock solid Pierre Garcon, and an emerging Jamison Crowder to go along with the most explosive tight end duo in the NFL, so you, my goodmen, tell me what happens in this upcoming Sunday Night Football game. Prognosticate for daddy, for anyone that has the cajones to tell you Cousins isn’t a top-eight option this week deserves a stint in my basement and a week long diet of tube steak and RC Cola. Oh, I know YOU LIKE THAT!

James Starks – I really HATE to dog any analyst, but there were many out there proclaiming that Ty Montgomery was startable in fantasy football when I’ve been DEMANDING that you heed my words in regards to Starks taking back over when healthy. You think they paid home slice three milly to knead that dough boy, Eddie Lacy’s buttocks? Have you actually witnessed Monty do ANYTHING of any real value? I swear on the Elder Gods’s honor, it’s like some of these “experts” are drawing straws out of hat. It’s time I really starting roasting these weenies and I’m not talking camping with your ugly ass kids, b. Salute me or shoot me… Sorry, I started slipping into G-mode there. Watched Malibu’s Most Wanted two hundred many times. My deepest apologies.

Kenneth Dixon – I’m finally on board the Dixon train and I’m paying for that season’s pass. I give Terrance West a standing ovation every Sunday for his effort, for it looks as if he’s shot out of a cannon on every play…yet, somehow, the man averages below four yards an attempt and only has 12 reception on the season. Dixon, on the other hand, is finally healthy, averaged 6.3 YPC last week and had five receptions. If the Ravens coaching staff contains any intellect whatsoever, and I believe they do, they will continue to up his workload on a weekly basis. That is, if they want to be a contender, which I believe they will be. Hopefully they witnessed C.J. Prosise DESTROY the New England Patriots, which I believe they… SORRY! I believe that I’ve reached the limit of how many times I can type, “which I believe” in a paragraph. Are these even considered paragraphs? Or are these blurbs. I just don’t know anymore. Moving on.

Robert Woods – My man! Just when I totally lost faith in this former USC savage, he went green eggs and HAM on my Seattle defense. Did the Bills finally realize he’s the only receiver of any value on their roster or did Woods look himself in the mirror and remember that he had balls the size of grapefruits? Maybe we’ll read about in his tell all autobiography after he’s been inducted into the hall of fame. With many valuable wideouts on a bye this week, and chumps like Alshon Jefferey going down with PED suspensions, I’m willing to risk my season on Woods dropping another gem for us. In Tygod we trust.

Terrelle Pryor – Pryor is seemingly on my list every week, but, did you see Dez Bryant smoking that pathetic Steelers secondary like Snoop Dogg on 4/20? Pryor is about to get ten million a season, and deservedly so. Witness.

Martellus Bennett – With Gronk having his soul split in half by Earl Thomas, Bennett will once again be a primary target of Tom Brady’s against a porous 49ers defense. Anyone else want to see a Patriots major motion picture made with Christian Slater starring as Tom Brady? I’m starting the script tonight.

Players T.B. believes will disappoint us with sub-par play in Week 11:

Carson Palmer – Remember just last year when Carson was up there with Cam Newton for MVP of the league? Now, he’s looking like a decrepit roach, destroying his self-worth like he was Anthony Weiner on a Saturday night locked in his office with nothing but a bottle of cocoa butter and a cell phone. The Vikings defense is still not to be trifled with, so I’d look at other options if I were you. But I were you, then you’d be me, and you could use my body to change this paragraph and talk yourself into starting him, so, please, think before you act.

Blake Bortles – That pick-six Bortles threw against the Texans was one of the worst I’ve ever witnessed in my lifetime. He just doesn’t have it this year. Detroit is 18th in pass defense, so it’s not like they’re anywhere approaching elite but this is more of a knock on Bortles in general, plus it’s a road game. Plus Gus Bradley is the worst coach in the NFL. Plus Bortles is garbage. You’ve got to be realistic about these things.

James White – How about getting Dion Lewis involved this week in what should be a fairly easy matchup against the 49ers. I know a lot of you have liked White since the Pats drafted him, but, he’s simply an average football player. Compare what Lewis did last year in White’s role and you’d probably wish you were wearing depends. It’s time to move on.

Tim Hightower – Ingram is back to being the lead back like some of us expected and Hightower is simply a backup, who will be lucky to get 10 touches in what is a must win game against Carolina. Brees will need to throw for 400 plus to win this game, and I believe he will do just that. Plant Timothy on your bench, or better yet, drop that ass.

Ty Montgomery – I believe I went over this already.

Torrey Smith – When I was typing up my notes, Smith somehow autocorrected to “Satan”, which somehow fit so perfectly for what Torrey has meant to his fantasy owners in 2016….and 2015 for that matter. It is truly mind blowing how useless this man is in San Francisco. I was once a fan and will simply wait till he’s on another team next season that is willing to utilize Smith’s talents. SAD!

Thank you for joining me for another edition of Disgrace/Delight. It continues to be an honor to answer your questions in the section below. Say one thing for Tehol Beddict, say that he loves his readers. Truly. Honestly. Let’s chat later.