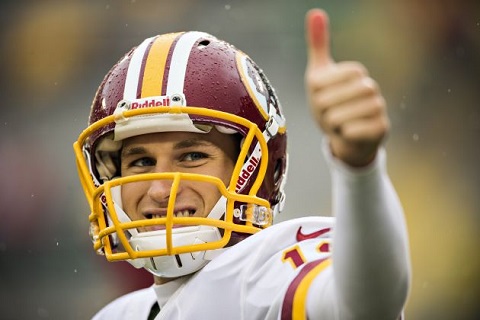 Greetings! Loyal subjects, it brings me great honor to join you for another week where we can discuss the state of your fantasy football team while also throwing out guesses as to whom, between Christian Slater and Nicolas Cage, is packing the bigger papaya. Gotta be Cage, right? Anywhoosers, I had an absolutely stupendous time at the Seahawks game this weekend. Destroying the team that represents perennial losers like Meek Mill and the 76ers created immense joy inside of my once empty soul. However, I did stop at Buffalo Wild Wings on the way to Beddict Manor, as it’s where I met one of the friends of mine I took to the game. The food there is beyond godawful and I have absolutely no idea how this restaurant got so big. You’re telling me that no other company could create a similar sports bar (i.e. just a bunch of TVs), with EDIBLE food and waiters who aren’t high out of their minds? I haven’t been to Hooters in like five years but, oh ho-ho, that succulent meat is calling my name. Did you think I was talking about their chicken wings? That’s a negative, Ghostrider. Anyone been to Twin Peaks? There’s one close by and I’m highly intrigued. Let’s chat later about it.

Players the Lord believes will provide in Week 12:

Kirk Cousins – If Cousins throws for 400 yards and four tubs this Turkey day, would anyone be surprised if Captain Kirk bends Scott McCloughan over the couch and goes full Jake “the Snake” Roberts? “HOW YOU LIKE ME NOW!” Jesus, that was awkward to see. Here’s hoping that moment didn’t trigger McCloughan, who said he was an alcoholic but now drinks again. If I had five bucks for everyone ass clown who told me they “used to be an alcoholic,” I’d have like 100 bucks or something. I did tell you last week that Cousins was a top seven QB which was much higher than almost anyone else had him. Let’s ride this train for one more week, shall we?

Speaking of Cousins, have you ever had like a super-fine relative, one that gave you that old fashioned romantic feeling……where you’d do anything to bone her? I meeeeeean, is it wrong? Especially if it’s like a second cousin or something? I’m totally down for the cause. What about an Aunt, like non-blood related? Is that off limits? I need to know. Thank you for your input.

Russell Wilson – QB’s fighting over rings, QB’s wanna be the King, but, long live the chief. Officially now superior to Tom Brady, Aaron Rodgers, Cam Newton and Andrew Luck, it’s a fabulous time to be or become a Seattle Seahawks fan. We are accepting all bandwagoners and illegal aliens, for we are a liberal state, and all are welcome at Quest Field……That is if you make over six figures so that you can afford a ridiculously priced ticket to the game along with parking and food. If not, enjoy the game at Buffalo Wild Wings or as I like to call it, B-dubs!

Scott Tolzien – I’m kidding. Or am I? Tolzien showed he could get the job done when he was with Green Bay, and the Steelers secondary is more prone to being shredded than the entire Kardashain Klan’s buttholes. Wanna get weird on Thanksgiving? Throw Scotty in there.

Thomas Rawls – All signs point the Seahawks dropping a double McFourty Burger on Tampa Bay this morning. I’ll take a side of Rawls and some extra cheese with that, my good man. With the legend that was C.J. Prosise going down with what has become known as soft man’s disorder, Rawls has nobody to compete with for carries any longer. He’s now an RB1, and you would know that if you witnessed the punishing runs he was laying down in last Sunday’s game against the Eagles, which I attended. But of course.

Rashad Jennings – Just when you begin to doubt this old wind bag he’ll bounce back in a major way and trick you into thinking he’s useful again. Well, he just reeled me in again for this mouthwatering matchup against a Browns team that is so bad, the city’s biggest star, Drew Carey, wants out. Loved him on that show……….What was that called? Oh, I was thinking of John Candy. Drew Carey is horrible.

Tyler Boyd – A.J. Green won’t be playing again this season, or shouldn’t anyway, leaving Boyd as the only decent receiver on the roster. Throw in the fact he’s a rookie with upside that should received 8-12 targets per game going forward, and Boyd should be the number one waiver wire target this week.

Devante Parker – Over the past two weeks this young man has received eight and ten targets, as he seems to be entrenched as Ryan Tannehill’s favorite target. Granted, Parker is softer than Roseanne’s son when it comes to playing through injury so we will need to always keep one eye cocked towards the injury report, but bruh is hella healthy right now and the 49ers secondary is thinner than giraffe D.

Vance McDonald – Kaepernick has to throw to someone as Torrey Smith has gone the way of the Dodo bird, riding off into the sunset in a Maybach bursting at the seams with dump-truck booty having strippers. His work in San Francisco seems done. Vance Romance is just getting started. Once an enormous bust, this behemoth now looks like a possible top 10 tight end, talent wise.

Players the Lord believes will go limp in Week 12:

Tyrod Taylor – I hate to do this to my boy, but now the Bills are down ANOTHER receiver, as Robert Woods has a knee issue. Right when he was FINALLY coming on too! Ain’t that bout a B, ya’ll? Anyway, every other time I’ve placed Tygod in this section, he’s made me look the fool, as he’s shocked the world along with myself and the Elder Gods. But, really, should I surprised? Should anyone be surprised when this guy balls out? Look, just because I discovered him and predicted his success before ANYONE else, doesn’t mean I’m any more connected to his career outcome than you are……But, truly, still not one person ever gave me credit for predicting exactly what has happened with this guy. I feel like I’m taking crazy pills. Or that could just be the Percocet.

Andy Dalton – I have a feeling big Red will exceed our expectations somewhat, but, let’s not kid ourselves here, aaaahkay? With Green going down, he’s now lost his top THREE wide receivers from last season and now Bernard is done as well. It’s going to be a serious issue this week if Jimmy Smith is back and frankly, I feel bad for dude. Not really, but if I had human emotions, I imagine I would.

Isaiah Crowell – When’s last time he did anything? Does the internet go back that far? I told anyone that would listen to sell this man early as we knew how the season would unfold. Hopefully some of you were able to unload because otherwise he’s just sat in either your flex spot or bench, festering like an axe-wound you suffered in the lower back after your wife caught you flogging the dolphin to bestiality videos. The run-stuffing Giants are coming to town. Stay away.

Jerick McKinnon – This guy has been a steaming pile of Rhino dung wrapped in hot garbage thus far and I expect nothing different this Thanksgiving. I’m just hoping I don’t blow chunks in witnessing what I know will be another disgraceful performance, in a long line of disgraceful performances. I did predict that he would score a long TD on a television show I do, but, I was high as a kite in Denver, and I’m not taking that back. There’s not a snowball’s chance in hell I’m starting this fraud on the day we celebrate stealing this land from it’s rightful owners. You’ve got to be realistic about these things.

Dontrelle Inman – It was cute while it lasted, but Inman seems to serve zero purpose anymore. He started with a spark but now he’s just garbage. Move on.

Corey Coleman – Josh McCown is back in! Unfortunately, unlike last year, Josh McCown is no longer a competent NFL thrower. And Coleman hasn’t been the same since coming back from injury, meaning that I’d rather go down on a menstruating Rosie O’Donnell than start Coleman in fantasy this week.

Hunter Henry – What have you done for me lately, dick? TD last week? I don’t count two yard scores when it’s your only grab of the game. Talk to me when you beat out the hobbled, 49 year-old Antonio Gates. I have no time for lames.

Thank you for joining me for another flaming hot edition of Disgrace/Delight. Speaking of delights, there’s absolutely nothing I enjoy more than responding to your comments in the section below….Other than maybe tossing salad with hot fudge and whip cream, but still, I enjoy it a great deal. Here’s to you having a wonderful Thanksgiving and weekend to follow. Praise the Lord.