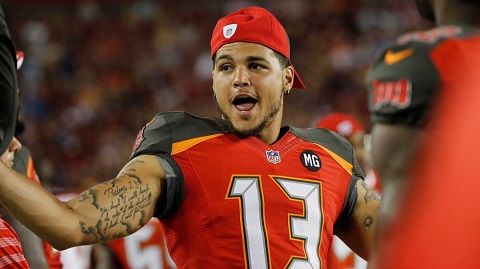 Greetings! I hope this note reaches Jay in time, for tomorrow, I leave on a boat trip through the treacherous San Juan Islands, and yes my goodmen, I’m on an epic adventure in search of mass amounts of plunder and booty (mostly booty). The simple and honest truth is, I could be killed, kidnapped, ransomed, or even frog-humped and feathered for all I know. If I go down with my ship (150 ft. yacht), I’d like you all to remember me for the man I was… check that, remember me for the man I was going to be, for I haven’t yet come close to reaching the spiritual levels I’ve slowly begun to master on my way to level four ninja-sex master-God… and that would have been a sight to see. Lord Beddict at a level four? Only the Elder Gods could even begin to imagine the amount of swimsuit models impregnated by a man who will never actually meet the children. For they shall watch him from afar, through their televisions or computers, preaching to the world the sort of positive impact fantasy sports can have on child’s life. They shall know him as Lord Beddict, and they shall be proud. They shall be proud and say: “That beautiful, sexy, shredded, poetic, charming, loving man, once stuck his meat thermometer in momma’s turkey. It’s an honor.” Or something of that nature. You get what I’m saying, don’t you? [Jay’s Note: LOL] No? Good, because I have no idea what I’m talking about.

Players the Lord believes will Delight in Week 5

Mike Evans – If Lord Julio can go for three hundo and a tubber against a defensive backfield that defines the term “peasantry” well, then, it would be criminal of me to not project 150 receiving and two scores for my young friend Mike Evans. Seriously, Jones put his pool stick so far up Benwikere’s anus, that he was still able to hit the eight ball in the corner pocket… out dude’s mouth. Truly. Honestly.

Jarvis Landry – Say one thing for Ryan Tannehill, his wife is lodged so deep in my spank bank, that only a lobotomy could stop the thrice-weekly stroking. If you were to say another thing about Ryan Tannehill, he loves throwing the rock in the direction of Jarvis Landry, one of the few good decisions the Miami Dolphins have made in the past ten years. Landry is averaging a career high 12.1 yards per catch and he’ll continue to rack up receptions against starless Titans secondary. Yes, the Titans have defended the pass quite well, but after digging deeper than George Michael at a highway rest stop, I’ve come to the conclusion that the talent isn’t sufficient enough to contain Landry, especially when considering that he’ll have double digit targets.

Jordan Howard – I believe I mentioned Howard last week, but I’ve been wrong before. I suppose I could take the time to go back and check, but that would require the sort of effort I’m just not in the mood for at the current moment. I probably could have accomplished that feat in the time it took me to write these sentences, but such is life, and I’m an absolute nut-job who has a way with words. Anyway, Howard’s opponent, the hapless (sackless) Colts, have given up 4.2 yards a carry and five scores on the ground thus far. I fully expect Howard, Chicago’s starting RB for the remainder of the season (Langford is finished), to go for over a hundo for the second week in a row. The man is thicker than a Kardashian after extras butt implants and I, for one, cannot wait to watch him work.

Carlos Hyde – Gee-whiz, what’s up with that Cardinals defense, ya’ll? I haven’t witnessed anything that embarrassingly soft since I G-checked Ralph Lifshitz in a CVS parking lot where he confronted me over purchasing three boxes of lambskin condoms and the four day-after pills for my yearly rendezvous with his wife. Seriously, Hyde has more rushing TDs than anyone in the league, and if the 49ers want to win this game, which I’m assuming they do (though, not positive), they will run and throw the ball to Hyde for the entire game. Carson Palmer missing the game bodes well for Hyde receiving even more opportunities than usual as is there is far less chance at a blowout with Stanton at quarterback.

Terrance West – Washington is 30th in the NFL in rush defense, giving up almost five per along with EIGHT touchdowns, which is easily (by one) the most in the NFL. T-West looked studly in week four versus the Raiders and I expect another 100 yard day, silencing the praising and dong measuring of rookie, Kenneth Dixon.

Ryan Fitzpatrick – Could it get any worse for the man quickly becoming known as the first bum out from Harvard since Joe Pesci. But Oh ho-ho, the Jets opponent this Sunday is the Pittsburgh Steelers, the same Pittsburgh Steelers that are tied for 28th in sacks and 30th in passing defense, even after a drubbing of the noodle-armed Alex Smith. Anything less than rising to the occasion, like Bob Dole off a 100mg viagra bomb and a bucket of oysters, would be totally uncivilized. I expect a big game.

Hunter Henry – I shall continue to place young Hunter here until he let’s me down. He has yet to do that and Antonio Gates is just like Old Yeller. Not the wonderful, friendly, charming Old Yeller throughout most of the film, but the rabid one, who was bit by the wild boar, that needed to be taken out to the shed and put down.

Players the Lord believes will Disgrace in Week 5

DeAndre Hopkins – One catch for four yards? Is this real life? My friends had to call 911 as I needed a stretcher to cart me out of the bar after witnessing the most flabbergastingly flaccid performance I believe I’ve ever seen. Now he gets the distinct honor of being shadowed by the best cornerback in football right now, Xavier Rhodes. Lockdown coming. I said a lockdown’s a comin, ya’ll.

Victor Cruz – Not fantasy relevant. I repeat, why are people acting like Cruz is ownable right now? I guess that wasn’t really repeating, but, seriously, I’m confused.

Lamar Miller – The breakout game will come, just not this week. As the Texans take on the seemingly impregnable defense of the Minnesota Vikings. I mentioned them already so I will not go into great depth about the “D” that strikes fear in man and women alike, brings vivid nightmares to small children, and keep opposing offensive coordinators up all night as if they were smoking crack with Bobby Brown.

Matt Jones – He had his breakout as predicted this past week, but this week must play leapfrog with Chris Thompson believers’ wives down the road to Baltimore, to face the number five ranked run defense in the NFL. As per usual, Gruden will get skull humped into believing he should throw it 45 times a game, and Jones won’t have a shot to get into a rhythm.

Brock Osweiler – Brock the fraudulent, they call him. I’ve mentioned the Vikings defense twice now and I shan’t mention it thrice. Or did I? Osweiler won’t be up for the challenge in Week 5.

Blaine Gabbert – An absolute peon of an NFL quarterback. When ancient Egyptians carved hieroglyphics into the walls of caves, they told stories of warriors with great expectations who went on to be gelded after they proved to be peasants at heart. Gabbert is one of those geldings, wasting our precious time until they are able to bring in an actual quarterback who gives them even a minute shot at winning a football game.

Dwayne Allen – Wow, this guy’s the worst ball handler I’ve witnessed since Ellen DeGeneres. My lords, he dropped what would have been an easy first down in last weeks debacle in London, not to mention, performed further below my expectations than my 13 year-old who decided to join the marching band. He’s been surpassed by some guy named, O’Doyle, and can’t even get love with Moncrief out. Officially dropped.

Thank you for joining your Lord and Savior for another fact filled edition of Disgrace/Delight. I’d like to thank my editor and my many, many, many, accomplished assistants for helping me obtain what will hopefully be a Pulitzer prize in 2017. Without you, I’m nothing. Well, I suppose I’m still the Lord, but still, you’re catching my drift. I would assume anyway, or are you daft? Let’s chat later.