DO NOT say I didn’t warn you. I made it abundantly clear that starting Jay Cutler was a grave mistake, an error so sacrilegious, not even the usual animal sacrifices would appease the Elder Gods. All week I declared that it was irresponsible journalism to have Cutler in anybody’s Top-10 for this week. Cutler’s numbers in Green Bay are right there in front of everybody’s face. It’s a known fact that he’s David Hasselhoff, blacked out on the bathroom floor eating cheeseburgers type of pathetic when playing in Wisconsin. Hopefully owners realize how ridiculously lucky they were to get that incredible TD from Brandon Marshall, making Cutler’s day somewhere approaching respectable. The only reason he put up decent numbers two weeks ago at New England was because the Patriots went to prevent defense once they were up something like 200 points. The Bears are an absolute joke right now, and my respect for Cutler has collapsed to Michael Lohan levels. Inexcusable all around performance by the Chicago Bears and fantasy analysts everywhere… hold tha phone! I just looked at Jay-bone’s rankings, and now I feel like a real d*ckhole. Let me point out that Jay is one of the most accurate rankers in the world, and that even geniuses like himself (Cutler thing), Kanye West (R&B album that somehow didn’t ruin his career), and Roman Polanski (an affinity for underage women), are prone to minor mistake every now and again. [Jay’s Note: That’s why they call me Jay… Wrong.] I’ll pray to the Elders, that he doesn’t’ delete me on Snapchat for this, or even point out the fact that if it wasn’t for his editorial work, it would look as if a 9-year-old child put this together. [Jay’s Note: You’re too hard on yourself. More like an 11-year-old…] Let’s just move forward with all of our lives, shall we… Gods, I F*CKING DESPISE OWNING JAY CUTLER.

Jeremy Hill – We were all expecting a monstrous performance from the man-child, affectionately referred to as “The hog from the bog”, but Hill had other ideas. The rancid scent still lingers from when Hill shat out a Cyrus level dud on his fantasy owners chests last Thursday. I’ve taken three bubble baths and 15 showers since TNF, yet the stench still remains. With that being said, Hill is probably a top-10 option at New Orleans this week, being that Bernard is out once again. Let’s try not to hold this performance against him, especially since the Bengals, as a team, looked like complete gutter trash. They need their middle backers back, ASAP.

Lamar Miller – We again have Lamar Miller not taking advantage of being the main back. Christian Slater has a superior chance of winning an Academy Award (is there a limit to how many times I can use this joke?), or even being in a film that’s actually in theaters, to Miller ever being a feature back in the NFL. The young man has all the skills, but something’s always there to hold him back… like maybe being born without a pair.

Bishop Sankey – Another week, another pathetic performance out of Sank-Dog. The Titans have a nice schedule to close out the season, so I’m a tad hesitant to suggest dropping Sankey outright, but if you did, I won’t spank you for it… unless you ask me to. Let me be crystal clear: I was never a huge Sankey believer and was a bit surprised with him being selected as the first RB off the board. With that being said, he was going to a place where’d he playing behind a highly paid and established offensive line, and no other RB’s to challenge him for work. For whatever reason, it just hasn’t worked out. I mean, hey, look at Kelly Rowland’s solo career after Destiny’s Child. Sometimes things just don’t go according to plan.

LeSean McCoy – I just remembered the ESPN cover story I read on McCoy, and how he really believed he was the best running back in the NFL and that he would cement it with an historic season… let’s begin with his receiving stats… Last season, McCoy finished with over 500 yards. This season: 92 yards through 9 games. Now, I know Sproles is to blame for some of that, but that doesn’t mean these statistics aren’t just as disturbing as Justin Guarini’s home sex videos. The Eagles offense is humming along like a Kardashian on it’s knees, yet McCoy is averaging below 4 YPC. It’s truly one of the more baffling story lines of the season. But with the Eagles winning, and Sanchez balling out, it’s getting swept under the rug. I still expect some big games going forward, and hey, at least you didn’t draft Adrian Peterson instead.

Mark Ingram – Ingram has now gone over a hundo in 3 straight games, grinding his way to fantasy stardom and putting the fear of the Elder Gods into his owners, as now they have to constantly worry when the plethora of injured Saints running backs will return to take away his carries. I believe he’s a top-15 back the rest of the season, but only the Elders know for certain (I shall ask them tonight during a sacrificial ceremony so check back in with me then).

Mike Evans – Pulling in 120 plus yards in back to back games to go with 3 total TDs shows me you’re giving your all in trying to make the exclusive “delight” section of Beddict’s column. Kudos Mike, you’ve finally made it. Many a man has tried and failed to make it on this page, but you actually did it. Celebrate with some bad b*tches, some Carlo Rossi wine, and a bucket of caviar. I expect the same kind of effort from you in Washington this weekend. My African American friends say you’re an inspiration to light skinned brothas everywhere, and I won’t argue that.

Santonio Holmes – Just seeing if you were paying attention.

Marshawn Lynch – Running backwards through a cornfield is more appealing than attempting to bring down Beastmode in the open field. Ask the hapless Giants defenders who were rebuked with the same tenacity and force that Christian Slater (yes, again) gets blasted with by casting agents. That was one of the most wretched defensive performances I’ve ever witnessed. If I owned this team, everyone would have been fired Monday. But if I was part of the Mara family, it would mean I could never fulfill my lifelong fantasy of being greased up and put in between Rooney (in full The Girl With the Dragon Tattoo garb) and Kate Mara, because, you know, that’d be incest and incest is wrong. Remember the preseason, when all the fantasy boys were talking about Lynch being a 2nd round pick this year? Yea, those comments have disappeared like a field mouse dropped into a piranha tank as Lynch just pumped 4, I repeat, 4, up the Giants’ rectums. Thou who doubts Beastmode, the monstrosity created by the Elder Gods to dominate the gridiron, shall have their souls entrapped in Hood’s darkest and dankest depths for all of eternity. Witness. 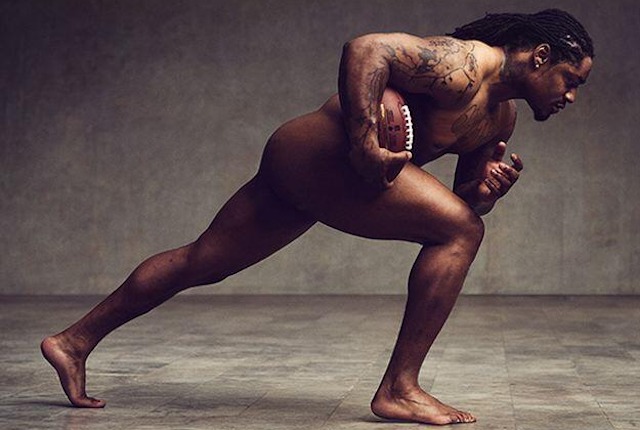 Willful Child – What do you get when you cross masterful wordplay with laugh out loud  hilarity? Bless your beautiful soul if you answered “Beddict”, but I was referring to my mentor and idol Steven Erickson. Ever heard of a little series titled Malazan Book of the Fallen? You know, that 10-book masterpiece that makes The Lord of the Rings look shallower than Lord Disick? If you haven’t read this series, I insist you do so, NOW. He has created some of the greatest characters in fictional history and he’s attempted to make another in his new book, Willful Child. He’s gone in a totally different direction here, as this is nothing like the Malazan series, but everything that comes from this man’s mind is genius, and that’s actual factual.

Thanks for Checking in for another edition of Disgrace/Delight. We, at Razzball, thought it would be more appropriate to drop this column on Mondays going  forward, so look for me then. Of course, you can still catch me on Saturday’s with, Betting With Beddict, where we go over betting spreads and who will go off  and who will brick in fantasyland. It’s always enjoyable conversing with you on Twitter so if you don’t already, hit me up here at @Tehol143. I hope this weekend brings you pleasures you’ve only dreamed of.