Greetings! Welcome to another titillating edition of Disgrace/Delight. Tough week for your boy, as I dropped $130 and $160 in two money leagues with the first being a standard scoring league. There’s an ongoing joke (I’m the only one who seems to participate in it), in the standard league that I’m cursed as I get everyone’s best performance and lost in my first three finals appearances, including on by a tie!!! This is quickly becoming creepier than (Homeland Spoiler Alert!) Carrie molesting that 17 year-old Pakistani boy. (Spoiler over.) They dog me for being a supposed “expert”, don’t read my blogs, and definitely don’t watch my  TV interviews on The Fantasy Sports Network (some friends, I know). I feel like Rodney Dangerfield, for Beddict the Elder God Blessed gets zero respect from these clucks. It’s time to turn the tide. It’s time to channel the powers of the Elder Gods and demolish the souls of these treacherous bastards. Those of you residing outside the playoff picture at this moment need to take a look in the mirror (I have hundreds if you need to borrow one), and ask yourself if you want to be great. It starts with this week, and I’m going to be by your side, pushing and prodding you to be the best you can become. Take Heed! 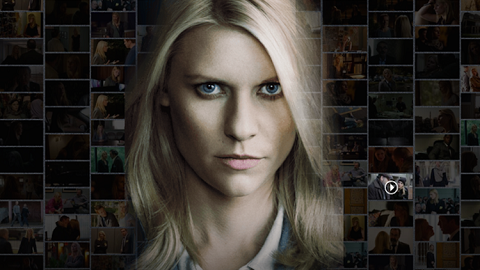 Larry Fitzgerald –  This season, owning Larry Fitzgerald has been a lot like being Christian Slater’s agent: utterly hopeless. Still, I was surprised to see him ranked so low on most fantasy “analysts” WR rankings this past week. If you believe the Eagles defensive backfield to be legit, you’re either from Philadelphia or smoking entirely too much medical grade marijuana. In the preseason, it seemed to me that Fitz was totally fine. The speed is there, and so are the hands… so what’s the problem? He simply hasn’t gotten the targets, and that’s a shame considering he’s still should be of more use than Michael Floyd (more on him later). Did you witness that 80-yard TD? You thought he was going to be caught from behind, didn’t you? Larry Legend looked great last week… and that’s too bad considering he was on your bench. Oh well, there’s always next week.

Jeramy Maclin – Mac Daddy should be arrested for abuse after what he did to the obviously insanely overrated Patrick Peterson. Tell me you saw Peterson get twirled around like a cowgirl on line-dance night at your local hick-hole. In approaching 200 yards and finding pay dirt twice, Maclin has firmly planted himself within the top-10 receivers in the NFL. He gon’ get paid, ya’ll!

Emmanuel Sanders – How does Big Ben not make this guy a superstar? I always respected the talent. Decker? Smell ya later… kudos on the wife tho….wanna swap one of my  3’s for your wife? Just one night? Ok, I’ll throw in a million dollars. Do you take I.O.U.’s?  Denver is the best team in the NFL with Sanders being a huge reason why. Elway is doing a quality job with this organization. Kudos.

Arian Foster – It’s a shame Foster wasn’t this good when I traded for him last season where he promptly had back surgery. Oh well, the past is the past… FMFL!!!!!

T.Y. Hilton – Hilton has basically been the best WR in football over the past four weeks or so. With Andrew Luck throwing at an almost record pace, only injury can slow T.Y. going forward. Dude is more frail than Nicole Richie in the middle of cleanse diet, but man oh man can he play! I wish I could make a “B” with my arms so I could do the T.Y. dance with T.B. instead every time I score. I’ll try and catch it on video for you guys, cool? I know Jay’d like that. [Jay’s Note: Ehhhh. Maybe…]

Rob Gronkowski – There are only a handful of men I’d like to sit ass-naked in a sauna and have a soul bearing heart-to-heart  with, and Gronk is most definitely one of them. Seriously, if there’s one dude I’d proudly Chinese finger trap Kathy Ireland (Seriously one of the hottest women of all time) with, it’s Da Gronk.  3 TD’s and 149 yds?

Mark Ingram – Is Ingram this good or are the Packers that bad on defense? What does it matter, as long as it was against me in almost every league. WHYYYYYYY??? The cuuuuuuuurse!!! Either way, the Saints might be better off getting Ingram 20 carries a game rather than mixing and matching all the running backs going forward. It worked so well they may just stick with it… Orrrrrr, they’ll go back to a committee, bend his fantasy owners over a barrel, and give them a pounding they won’t soon forget. I’m buying though, for whatever that’s worth.

Ex-Heroes Series –  As you know (if you actually read my columns), I just moved and as I unpacked a box I came across a book, a book that swooped up at an airport a couple years back titled, Ex-Heroes. Peter Clines is the author, and since I last read, there have been three more installments in the series. I immediately downloaded them onto my iPad, and am about a 3rd of the way through the 4th book as we speak. If you’re into zombies, funny writing, and super powers (nerd alert), then I KNOW you’re gonna love these books as I have. They are short, and I’ll give you extra kudos points if you read them. Don’t wanna miss out on those.

Michael Floyd – M.F. had more balls bangin’ off his chest than Kim Kardashian in her prime. Anyone who thinks Floyd is superior to Fitzgerald at this point in their careers is dead wrong, as there’s simply no way Fitz drops those. Embarrassing.

Ben Tate – Tate is Shaun Alexander, minus the talent and 20 TD’s or so a year. What I mean by this is that he’s softer than urine soaked toilet paper (gross). This pathetic excuse for an offensive line isn’t doing him any favors, but when you’re going backwards or for no gain about 50 percent of the time you touch the football, something’s wrong. I’d like to think that Crowell or even West would be a superior option for the Browns going forward this season. Did you witness Tate celebrating his garbage time touchdown like he was just elected into the Hall of Fame on the first ballot? Dude is hot garbage on the football field, but hey, I’m sure he’s a great guy off the field.

Bishop Sankey – You’re more desperate for RB’s than David Coulier is for work if Sank-dog is still in your lineup. Is your brain made of, looks both ways, Wood?! One of the true busts of the year at this point

Doug Martin – Teach me how to bust, teach, teach me how to bust. Martin’s talent has seemingly evaporated faster than a Chicago-style, meat lovers pizza in front of Oprah Winfrey when she’s riled up after slapping Stedman for getting out of pocket.

Brandon Marshall – So Marshall pops off and then get’s ignored in the passing game? Shocker. The Bears had their backs blown out by the Patriots on Sunday and Marshall owners are desperately trying to flip him for a package of Doug Baldwin and Shonn Greene. Let’s not go that far people. Just a gross performance all around by Chicago, and Marshall was the only big name not to get a garbage time TD. Don’t you dare give up on us like that B-Marsh! DON’T YOU DARE!!!!

Well, that was fun. Make sure you’re tuning into my boy, Nick Capozzi, and all my Razzball brethren on Razzball TV on the Fantasy Sports Network; Every. Single. Day. I’ll be on tomorrow for the 2nd time this week and we have some HUGE announcements on the way. As per usual, it would be my absolute pleasure to respond to your questions and comments below. If you want to get personal or play video games with me hit me up on Twitter at @Tehol143. You shan’t regret it.