I live in the Chicago area. Home of the Da Bears, Al Capone and deep dish pizza. When visiting the Windy City, most tourists these days are directed to dine at Lou Malnati’s Pizzeria for their deep dish experience. I’d be crazy to publicly bash Lou’s pizza; it’d be like calling Juju Smith-Schuster the #50 overall dynasty player. And that Lou Malanti’s butter crust is delicious, I won’t deny it. 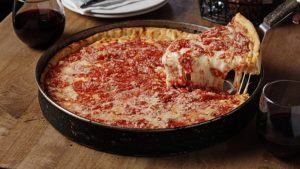 As tasty as Lou’s might be, there’s an unknown, hidden Za in Chi-town. Many locals aren’t even privy to the incredible caramelized crust which can only be found at Pequod’s Pizzeria. When the pie first arrives at your table, the crust appears burnt to a crisp. But then you take that first bite and it’s all over, Lou Malnati’s will never quite itch that deep dish scratch again. 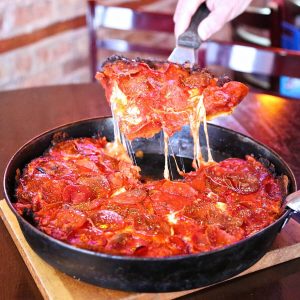 In 2018 Austin Ekeler was the Pequod’s of the Chargers backfield. When he first arrived, he looked like an undersized, one-dimensional third down specialist. But once you put him in your mouth—hmmm there’s no great way to finish this sentence . . .

Point is, Ekeler turned out to be a multi-dimensional threat and way tastier than most people expected. Arguably better than Lou Malnati’s, aka Melvin Gordon, in this very sturdy analogy. How many NFL teams would choose Melvin Gordon over Austin Ekeler now that they’ve smelled the cheese? Can’t imagine many.

When I ranked Ekeler #28 in my Top 200 Dynasty Rankings for 2020 Fantasy Football (for PPR leagues), I was under the impression he was an unrestricted free agent this off season. Turns out I was two letters off and he’s actually a restricted free agent. This means Ekeler is free to test the market this spring, but the Chargers will have the opportunity to match the top offer he receives and retain one of the best pass catching backs in the league; in short, it’s very likely we see Ekeler back in a Chargers uniform come training camp.

There’s plenty of questions surrounding the Chargers offense with all indications pointing to both Philip Rivers and Melvin Gordon leaving town. Something not in question is Austin Ekeler’s talent, especially in the receiving department. The debate for top pass catching back in the league has become a two horse race between Christian McCaffrey and Austin Ekeler.

During Gordon’s four game holdout to start the 2019 season, Ekeler proved he’s more than just a pass specialist as he handled 14 carries per game (18 carries in one game and 17 in another) and punched in three rushing touchdowns. Before we get ahead of ourselves and crown this undrafted free agent as a bellcow back, first round fantasy pick and governator, let’s temper expectations just a little. Ekeler faced 8+ defenders in the box only 10.1% of the time which was the 6th lowest mark in the entire league, but posted a lukewarm 4.22 yards per carry which tied him with Ronald Jones at 31st in the NFL. The Chargers will very likely bring in another complementary back to play the Melvin role, and even if they don’t, Justin Jackson might be able to get the job done.

Alright, that’s enough tempering. Truth is I love Ekeler in any sort of PPR format—full PPR, half PPR, .01 PPR, who cares; give me the Ekel. He finished 2019 atop the league with 6.9 (nice) yards per touch, for reference, Christian McCaffrey tallied 5.9 yards per touch. His locked in targets, no matter who the quarterback is, make Ekeler’s PPR floor feel higher than many backs’ ceiling.

Regardless of role, Ekeler will be a PPR monster in the short-term. Unfortunately the market is already pricing him as such. I’m currently drafting three separate PPR best ball teams for 2020 and Ekeler has gone #16, #17 and #24 off the board. Prepare to pony up if you want him in 2020.  And be sure to exercise caution in standard leagues, particularly if the Chargers spend a mid-round pick on some complementary Italian Beef.