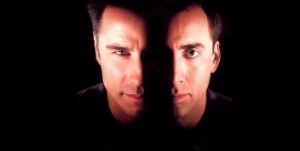 Well, after a successful first run with our Julio Jones versus Roddy White debate – which you can go look at the results of here – we decided ‘why give you guys new content when we can simply swap out players and do the same damn thing over and over’?  Actually, we thought the first one was so enjoyable and overheated – I never thought I’d see a slap fight between two fantasy football writers – that we craved more.  This week we examined what are considered to be the top two tight ends going in the draft this year in Rob Gronkowski and Jimmy Graham.  You can review the argument for Rob here and for Jimmy here.  The winner this week gets a falafel rubdown from Bill O’Reilly.  If that didn’t make sense to you, google ‘Bill O’Reilly falafel’.  Good, now that you’re back, it’s time to vote.  Oh, and you’re welcome.