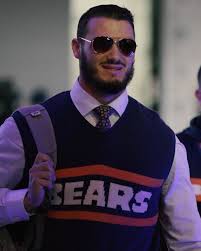 The sausage lovers are back at it again this week, talking rookie wide receivers. Donkey Teeth gushes over his freshly realized love for the rookie receiver class as a whole while B_Don is a little more reserved with his heart.

The guys go in depth on their profiles of rookie speedsters DJ Moore, Christian Kirk, and Keke Coutee while also re-visiting Antonio Callaway and Tre’Quan Smith. Find out how to prioritize all the rookie WRs for the rest of this season.

And don’t miss the A-hole of the week along with a quick session of Sausage, Cheesehead, Ditka featuring Da Bears own Tarik Cohen and Drew Brees. Put some premium sausage in your mouth right here: