With free agency starting to calm down, you can already quantify the impacts that players have made on teams with the odds being presented by bookmakers. While the Chiefs stay at the top spot at +500 to win the Super Bowl, there are some great odds that may be moving quickly. One team that is getting a lot of love for the newfound fantasy value that it has acquired is the Washington Football Team, who sit at +6,000 odds to win the Super Bowl. Not only has Washington turned into a favorable fantasy destination with the addition of Ryan Fitzpatrick, but the wager for them to win it all has gotten much more enticing.

The 2021 free-agent class was filled with massive names in fantasy football. However, after Allen Robinson and Chris Godwin both received franchise tags, it seemed that the class was going to be a letdown. Looking now, it seemed very few, if any, free agents really increased their value.

When looking a bit deeper, there are some winners, but the biggest winners were not free agents at all. Some of the biggest winners were players that had a value increase due to other weapons leaving the team. This leads to these winners being given more opportunities to score even more points for their fantasy rosters. However, we will touch on a couple of winners from the free-agent class, as well. 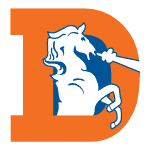 The man who improved his fantasy value the most happens to do so without changing teams. Melvin Gordon, in my opinion, has just skyrocketed in value with the departure of Phillip Lindsay. Gordon was actually extremely efficient on the ground last year, tallying 4.6 yards per carry but lacked in the passing game having his lowest target total since his rookie season.

With Lindsay gone, Gordon will get more carries, and more importantly, many more targets. This opens up 118 rushing attempts and 14 targets from last season. While some of these will go to Royce Freeman or another running back brought in, Gordon is undoubtedly going to be the main beneficiary. You also get the added benefit of not worrying about Lindsay stealing touchdowns or getting the higher snap count, as he is gone. Gordon has turned into a top-10 RB candidate for me.

I cannot think of a better spot for Samuel to go to than this. Firstly, he is reunited with Rivera and the offense that gave him the opportunity to go deep, as well as be used in the short and intermediate passing games. Second, he gets to play with Fitzpatrick, who is going to air out the football and let Samuel make plays. Third, he is instantly the #2 option in the passing game for this team. No longer is he sitting behind DJ Moore and Robby Anderson.

Curtis Samuel is going to be a top-24 WR again this year; however, his consistency rating just shot through the roof with this destination.

Another guy who is benefiting from addition by subtraction is A.J. Brown. Brown received 106 targets in 14 games played last season while dealing with an injury. However, with the departure of Corey Davis, Adam Humphries, and Jonnu Smith, there will be 192 vacated targets for A.J. Brown to get a piece of. There is a world where Brown reaches 160+ targets with ease next season. This has raised his value for me from borderline top-10 to clearly in the elite tier of WR right behind Davante Adams and Tyreek Hill.

Terry McLaurin and Curtis Samuel have both received massive boosts this offseason. Terry McLaurin is going to benefit from the best QB he’s ever played with in Ryan Fitzpatrick. No, Fitz is not a good QB, but he’s an improvement, and he also gives his guys a chance, which is all you need with an elite WR like McLaurin. Scary Terry is also getting the benefit of some kind of other WR-threat being on the field with Curtis Samuel. This will hopefully open up the game just a bit more for one of the premier wide receiving talents in the league.

A player that many people might not be thinking about is Tyrell Williams. Currently, Williams is the only resemblance of a wide receiving option on the Detroit Lions. While not a world-beater, Williams has enough talent to be extremely fantasy relevant with the amount of opportunity currently projected his way. I do not see Jared Goff as a massive hindrance as he still will be able to supply some good balls to Williams. Goff may even return to his 2018 form with the lack of pressure he will receive in Detroit.

With a new coaching staff and a new era in Jacksonville, there were reasons to worry about James Robinson’s stature in the team. However, the team went out and signed a clear backup player in Carlos Hyde and did not attempt to sign any of the big-time free-agent running backs that could have threatened Robinson’s job.

Now, James Robinson will most likely continue a huge portion of the workload, benefit from getting Trevor Lawrence in the draft, and get to run behind the same solid line, as Cam Robinson was franchise-tagged. I think that Robinson is severely underrated right now in both redraft and dynasty, as all the possible issues that could have arisen for fantasy purposes going into the offseason seem to have been dodged.