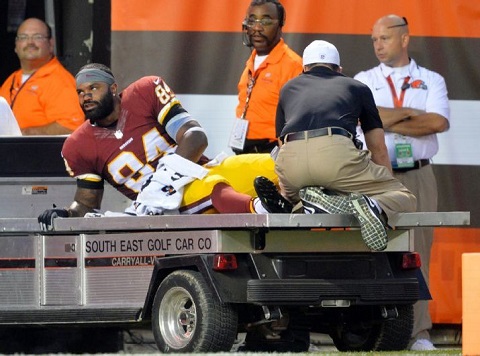 I just noticed this, but even though he’s really injured, Niles Paul seems like he’s looking at my “Amen” right there in total agreement. Actually, probably not. I’m probably just drunk.

Or if you’re an atheist like me, no men. Or maybe that’s being sexist. Honestly, who cares? With an offseason full of deflated balls and, well, actually, come to think of it, that’s all I can really remember. Okay, I guess it wasn’t as bad as the last offseason, where people were punched and seasons of some high profile players were already lost, you know, because of said punchings… I guess talking about your/my/Tom Brady’s balls isn’t the worst outcome in the history of man. We’ll just call it a close second. And so it was, six games of football were played last night. Sure, it’s just the first week of the preseason (with more games to come this Saturday!), but any football is good football. And while the notes you’re used to won’t go into regular season mode until the NFL does, I’m still here to overview what happened last night. So shall we dance our first dance? Don’t worry, it’s cool, I already established no men. (Did that land? Hmm, maybe I’m in preseason mode too…)

Niles Paul, TE WAS – And the first one bites the dust. As is always a risk during the preseason, Paul is considered to be out the entire season after fracturing his ankle last night against the Browns. And to think, you’d figure this type of start was right up the Browns alley. With Logan Paulsen already considered on the shelf for the season as well, things are looking bleak, especially when you factor in Jordan Reed’s season-ending injury that will occur around Week 2.

Alshon Jeffery, WR CHI – He’s considered day-to-day after injuring his calf. The team is only saying it’s a strain, which I guess seems fitting. The strain this injury may put on my draft plan is already having ill-effects.

Jeff Janis, WR GB – One of the official Razzball sleeper picks, Janis looked really good last night against the Patriots secondary. Then again, most of that secondary will return to bar-backing at the local Irish Pubs around Boston in about 10 days, so take that for what you will. 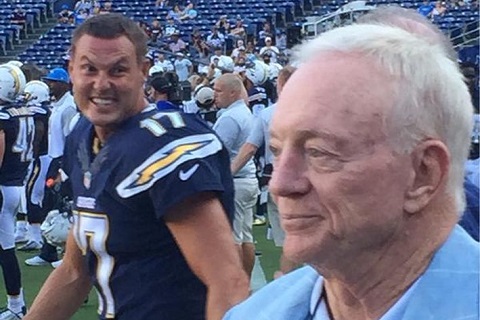 Greg Salas, WR DET – Vying for the slot reciever role, Salas looked good, netting five catches for 92 yards and a touchdown. Like with Janis’ blurb, I wouldn’t read too much into this… yet.

Jonas Gray, RB NE – Ran for 74 yards and a touchdown in just seven carries. Which means we won’t see him run again for at least two months.

Josh Hill, TE NO – Heralded as the second coming by all fantasy football experts and fans alike (I sorta thought he was a sleeper, until Hillmageddon occurred), but we should still keep in mind that the Saints are bringing him along slowly and he was working strictly with the second-team last night.