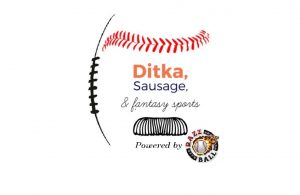 Marquise “Hollywood” Brown was the first WR off the board this year, mainly because he’s Antonio Brown’s cousin…and he’s good at football too. N’Keal Harry was the only other receiver taken in the first round of the NFL draft, but the second round saw a whopping seven receivers go off the board: Deebo Samuel, A.J. Brown, Mecole Hardman, JJ Arcega-Whiteside, Parris Campbell, Andy Isabella, and D.K. Metcalf. Find out which of these studs to target in your dynasty rookie drafts, who has the most redraft potential, and who to invite over to your house for stimulating conversation over a juicy bratwurst.