Every third Thursday of November my herd gets together and we jam out to a variety of classic Michael Jackson tunes. My brother, Donkey Breath, can’t get enough Thriller; Pretty cliché, right? I’m always telling Breath he needs to dig a little further into The King of Pop’s repertoire. I myself prefer The Gloved One’s early years with The Jackson 5.

Jermaine, Jackie, Tito, Michael and their lesser known youngest brother, Lamar, composed some of the most dulcet melodies you’ll ever hear. Little Lamar couldn’t sing worth a donkey lick, but boy could he run! Many years later, the very same Lamar Jackson, who was definitely a member of the Jackson 5, has now been given the reigns to the Baltimore Ravens offense. Lamar has game changing speed and will be a threat to run for 100+ yards in every game. Add him immediately in all leagues if for no other reason than to keep him away from your opponents. Anyway, here’s some other players to buy or sell this week in fantasy football:

Gus Edwards – Edwards reminds me of another Gus; remember that chubby mouse from Cinderella? Truth be told, Edwards didn’t look chubby Sunday but he’s a big boy listed at 238 lbs. I venture he’s shed a few pounds since that weigh-in. Sneaking thru the hole in Harbaugh’s office wall, Gus Gus suddenly seems to be the lead rodent in the Baltimore backfield with a very friendly schedule down the stretch. Add him up everywhere and hope he never turns back into a pumpkin. 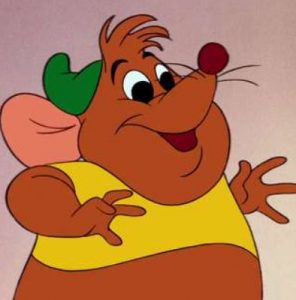 Josh Adams – Another unknown running back until a few weeks ago. While at first I thought he was a country singer, we know now he’s actually the lead back in a good offense. I don’t care whether he sings about pick up trucks and blue jeans, he needs to be owned.

Rashaad Penny – I’ve discussed Penny before, he’s still more of a speculative add with Chris Carson returning with a nice week 11. That said, Penny is the most talented Seahawks RB and his role should continue to grow. Just be warned, what should happen isn’t always what does happen with Petey Sunshine at the helm.

Dalvin Cook – It’s been a nightmare season for Dalvin’s owners. I do think he’s finally healthy and you have to give him a week 11 pass, nobody runs on DA BEARS! His owner has to be fed up with what The Cook’s been serving. If you can still trade in your league, simmer up an offer. Look for RB2 numbers the rest of the way.

Calvin Ridley – Believe it or not, this could be your last chance to buy Ridley. He faces off against a very porous Saints pass defense on Thanksgiving and he’s coming off a long string of mostly lackluster games since his early season eruption. Make sure he wasn’t dropped in your league, Calvin’s a great start his week if you can acquire him.

Adrian Peterson – All Day is having an incredible bounce back season after most wrote him off. I have minor concerns about whether Peterson can hold up for a full season at his age, but my bigger concern is the Redskins offense as a whole in the wake of Alex Smith’s leg snapping like a stick over AP’s child’s behind.

Mark Ingram – Marknado is coming off back-to-back huge games. I think he’ll put up RB2 numbers moving forward, so I wouldn’t sell him for a pair of Tito Jackson’s underwear, but if you can package him for a low end RB1 then go get it.

Find Donkey Teeth on Twitter @DonkeyTeeth87. Subscribe to his podcast with @DiktaSausagePod: Ditka, Sausage, and Fantasy Sports on Itunes, Stitcher, or wherever you get your podcasts.