My roommate recently came into a bunch of free golf equipment. Apparently it fell off a truck. He’s now selling the goods off piecemeal via eBay and Craigslist, occasionally he’ll even throw in a sexual favor or two to close a deal. Titleist, Ping, Taylormade, Callaway: you name it he’s got it! Oh, you aren’t interested in a golf equipment/BJ combo deal? Well, there’s another Callaway who might stir your loins.

The Browns have finally cut ties with Josh Gordon. They stuck with Josh through thick and thin blunts, but an off the field hamstring injury? No, this the Browns could not tolerate. Now, a new extremely talented wide receiver with a clouded past and major character concerns will be thrust into the Cleveland limelight. Quick, get Antonio Callaway on your team before his weed stash runs out! Anyway, here’s some more players to buy or sell this week in fantasy football:

David Johnson – Arizona is so bad they’re giving the Bills a run for their money, but DJ will be much better than this moving forward.  Some will tell you to sell Deej, but it’s all relative. He’s still a top ten player overall to me and pigskinonator agrees. If his owner is freaking out, take advantage.

Alex Collins – Have you seen Collins’ Irish Jig? He’s worth buying solely based on those moves. Game script has limited Collins’ fantasy production in the first two games, but he’s easily the best Ravens RB and should jig it up moving forward.

Rashaad Penny – I know it’s tough to get fully behind anyone in the Seahawks backfield since their offensive line is actually made up of scarecrows. That said, Seattle is a notorious slow starter and Chris Carson wasn’t part of the second half game plan against the Bears. Penny is an extremely talented 1st round pick, so there’s nice upside here if Seattle somehow sucks less in the future.

Gio Bernard – Gio is the clear top waiver add in tons of leagues this week. With Mixon sidelined for 2 weeks minimum, Bernard should slide seamlessly into an RB2 role. Don’t sell the farm for a couple weekends with Bernie but if he’s cheap, or free, grab him up.

Austin Ekeler – Ekkie was likely drafted in any competitive PPR leagues. His standard league value has come as a bit of a surprise though. I’m not sure if it’ll continue, but he’s worth rostering in almost every league just to see. Also, if Melvin were to go down you could have an RB1 on your hands.

Keelan Cole  – I proclaimed my Keelan Cole love on our WR rankings podcast last month. Blake B trusts him, and anyone that Bortle Kombat trusts is good in my book.

Tyler Boyd – Boyd benefits from lining up across from AJ Green. He also has the best ginger QB in the world tossing him the rock. The 2016 2nd round pick will likely be hit or miss, but there’s a chance Ty Bo is finally kicking and punching his way into fantasy relevance.

Chris Godwin – With Connor McGregor at QB, things are really looking up for Godwin! You’ll notice below that I’m not a believer in DeSean Jackson moving forward, I suspect Godwin is the other WR to own in Tampa opposite Mike Evans. The speedy second year WR has tons of upside. 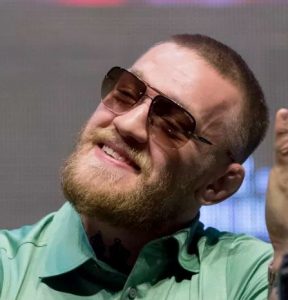 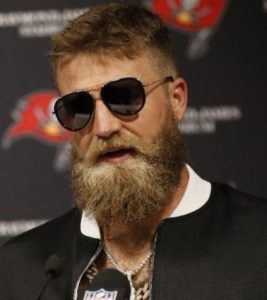 Calvin Ridley – This is more of an upside stash buy than anything. The problem with Ridley and the Atlanta offense as a whole is Steve Sarkisian. Instead of using words, Sarkisian only communicates with the Falcons players using bird calls. In spite of this, Ridley showed promise in week two, and Matt Ryan may begin to look the first round draft pick’s way a bit more moving forward.

Josh Gordon – New England is notorious for having one of the toughest playbooks to learn in all the NFL. Gordon may or may not be getting baked instead of doing his homework. I wouldn’t sell him for a pack of rolling papers and a bag of flaming hot cheetos—he does still have huge upside with TB12—but if I could get draft value or better I’d move him quickly.

DeSean Jackson – DJax and Fitzmagic have undeniable chemistry. They both get butterflies in their stomachs when the other is around. Unfortunately, I see trouble in paradise on the horizon. Jackson is the definition of a boom/bust play and I think there will be much bust in the future. And not the good kind of bust.

Jay Ajayi –  This guy’s as injury prone as Danny Amendola. OK that was a low blow but he’s always banged up. Trying to trade a player with an injury note next to his name isn’t always the best idea, but there’s usually plenty of Ajayi believers out there. I think he’s more of a weekly flex option in the crowded Philly backfield so if I could get a solid RB2 in return for Jay, I’d pounce.

Find Donkey Teeth on Twitter @DonkeyTeeth87. Subscribe to his podcast with @DiktaSausagePod: Ditka, Sausage, and Fantasy Sports on Itunes, Stitcher, or wherever you get your podcasts.