Greetings! How are things? Terrible? Alllllll-Riiiiiiighty then! I had a dental appointment at 6:00 AM (more on this later), this Monday morning, so please, I beg of you, do not hold me accountable for anything inappropriate or offensive I may write in this post. I wonder, did Donald Trump give that warning before advocating a removal of all Mexican and Muslim people in the United States?… YEESH! I already own a pretty annoyingly flashy car. I GUARANTEE you that if I put a Trump sticker on that bitch, I’d get a shattered window within 24 hours. Should we test it out? I’d rather not, but I heard Jay, the greatest editor/writer in the history of sports writing, is heavily involved in Dump’s campaign, so maybe he’ll test this theory for us.

I am Tehol Beddict and this is, Getting Wired with the Elders! Take heed! 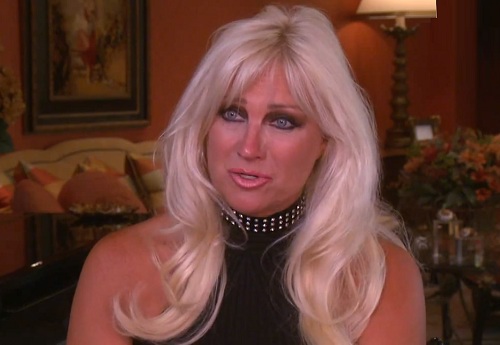 Tyrod Taylor – What’s left to say? The man has moved into a mythical realm, where only Elder chosen men like Leo DiCaprio and Derek Jeter reside, where they take turns pile driving SI swimsuit models and A-list actresses into an oblivion, only to send them hope with a gift basket and a loose b-hole. With SEVEN total touchdowns in the past two weeks I think it’s safe to say the Tygod haters have stealthily crept back to the crusty troll bungholes they appeared from. What’s not to like? I mean, I broke this down for you BEFORE he was even announced as the starting quarterback. The Elders whispered hints of his upcoming greatness in my ear while I was receiving a rim job from Hulk Hogan’s ex-wife in Puerto Vallarta. To forget the epiphany I had right after I splouged on Mrs. Hogan’s back would be impossible, for it forever changed my life… Oh yeah, this is a waiver wire post… Taylor gets the Eagles, Cowboys, and Washington for the fantasy playoffs, and I fully plan on starting him over cupcakes like Matty “Scary Spice” Ryan and Eli Manning. Know that.

Marcus Mariota – I had Mariota on my list of adds after witnessing him dropping a mastodon sized deuce on the Jags last weekend, but then I saw that he faces the Jets, Patriots, and Texans going forward. Oh well, such is life. Forget I said anything… Or don’t. Doesn’t matter. You’ve got to be realistic about these things.

Bilal Powell – With Chris Ivory banged up, Mr. Reliable, Bilal Powell, has gracefully waltzed back into our lives. I, for one, couldn’t be happier… Actually I couldn’t care less, as there’s absolutely no way in hell I’m actually playing home slice, nor am I recommending it. But this is a waiver wire piece in Week 14, and I’m coming up limper than antidepressant taking grandfather. My apologies.

Chris Polk – FINALLY, someone we can get excited about!!! Not really, but still. I had Polk higher than Blue in my preseason rankings and believe I wrote about him in the preseason, believing he would receive the bulk of the carries over Blue. For possibly the first time in my fantasy football writing career, I was incorrect. BUT LOOK AT ME NOW MOTHERF*CKERS!!! I’m dancing all the way to the bank… that is, if a bank was a foul-smelling room filled with strippers and alcoholics that made me feel less than scum, yet also good at the same time. Again, if you’re desperate, Polk is your guy.

Dorian Green-Beckham – Seriously, you can pick this guy up! And you should! Obsessed doesn’t begin to describe my feelings for DGB and he FINALLY broke out! Just in time for the playoffs, y’all! Oh wait… That schedule though… Ughhhh, we’re getting nowhere here, are we? Do you miss Ralph yet? Me neither.

Thanks for joining me for another waiver wire extravaganza. I’m going to need to rail an ambien after going through this list of savages. I’M SO JACKED UP!!!!! Anyway, your comments and questions are much appreciated and will be responded to below. Have an excellent week and may the Gods be with you.