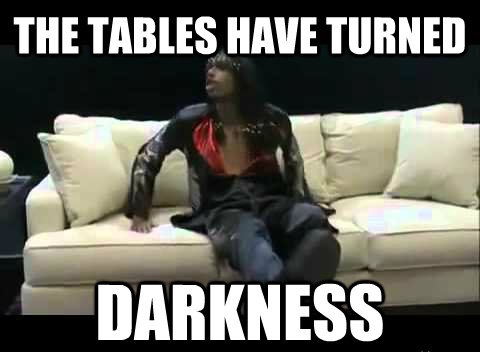 The Giants finally got off the schneid this past week when they upset the Denver Broncos. More importantly, they started giving the ball to Orleans Darkwa, something a certain Razzball writer has been asking for for what seems like two years now. Paul Perkins, your reign of terrible tip-toeing to the line of scrimmage is over!

Darkwa took 21 carries for 117 yards with a long of 47 yards and added a catch for 13 yards. OD seemed to always produce when given limited touches, and he did the unthinkable when given a full supply of touches: continued to produce! Who would have thought such a thing was possible! Oh, right, everyone who, like me, have been clamoring for Darkwa for two years.

After turning eight carries into 69 yards for a nice little average of 8.625 yards per carry, OD rushed for more than 5.5 yards per carry on nearly three times as many carries. The logical assumption would be the keep feeding him the ball. However, with this year’s New York Giants, who knows what to expect, but a few things are working in OD’s favor.

For starters, the Giants lost roughly 14 wide receivers to injuries over the last two weeks. And in better news for Darkwa, Ben McAdoo handed over play-calling duties to offensive coordinator Mike Sullivan. Now, I don’t know a ton about Sullivan, but he does have one very important quality: he isn’t Ben McAdoo. Oh, and he seemed to enjoy employing a more balanced offense that featured a running back who has been having success.

The Broncos had boasted one of the league’s better rushing defenses heading into last week’s game, but they barely slowed Darkwa down for most of the day. Granted, his yards per carry average is boosted by that one long run, but he was still hitting holes fast and running hard and should have earned himself a steady taste of touches at least in the short term. I have been stashing OD in a deep roster dynasty league for two years now, and it looks like I might finally get to play him. Hooray for me.