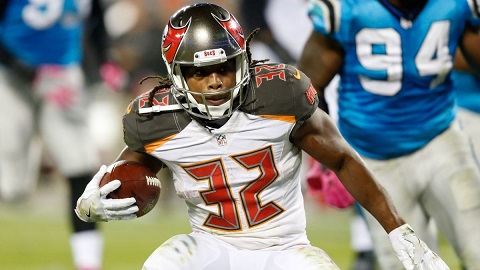 Welcome back, my loyal Horde. We are almost at the halfway point in the season and up until now, things have been pretty busy. Speaking of busy, wow, what an eventful week it has been this past week, right?. It seems that my Black Widow Curse was out in full force in Week 6 and I lost quite a few people, including my starting quarterback. Sorry Ben, nothing personal but at least now you know what it feels like to fall victim to something more powerful than you. Kind of like the co-eds you…oh, wait, I’m going to take the high road here (fill in the blanks if you will). I have to admit, by far, this is one of the worst Fantasy Football seasons I have ever been a part of, if not the worst. I can’t seem to pull a win out of anywhere (and believe me, I’ve tried). My booms are busts and my busts are busts. I am just heaving with such ample bust(s) (in more ways than one) that it’s a wonder that I can get anything done. Oh, the pains of loving something that completely abuses you every week and doesn’t love you back. Now I know how the men I have dated feel. But, it is what it is, and like some women, I am hoping to stay in this thing long enough to change things for the better, but we all know how that works out. I’m going to keep trying though. Not just for me, you see, but for all of you, my loving and trusting horde. Without you, I am still pretty amazing, but you give me some purpose. So, without further ado, let’s see what I can do to satisfy your weekly craving for me by giving you Hit it or Quit it, Week 7.

Jacquizz Rodgers, RB, Tampa Bay – Sometimes in life there is a dry spell and sometimes in life a guy fire hoses the walls with his baby batter. It’s usually the quiet ones too. You know the ones you keep around “just in case”? This is the case with Jacquizz Rodgers. Filling in for Black Widow Cursed-Doug Martin and Charles Sims, Rodgers just didn’t just leave a wet spot, he blew out the whole damn place. Rushing 30 times for 101 yards and catching 5-of-6 targets for another 28 yards in Week 5, Rodgers came out with a bang (must have been all that pent up stress). In the first drive he had his hands on his ball 11-of-14 plays (the most since Corey Dillon in 2001). Even with Doug Martin scheduled to return in Week 7, you could do a lot worse than Jacquizz. At just 22% owned in most leagues and an increase of 6% adds over the last week, you may want to get on this one before it is too late. Hit it.

Tyler Eifert, TE, Cincinnati – I feel like I need to apologize to the 70% of you who still own Eifert. My Black Widow Curse loves to feast on Tight Ends (hey, who doesn’t, right?) and Eifert was no exception. It seems that his fate was sealed before the season even started and this pesky back injury is showing no signs of letting up. I love all of you hairy monkeys for your optimism to the point where you are still holding on to him, but I hate to be the bearer of bad news…it’s time to let go. I know, I know, you’re dedicated and you have been through so much together in past seasons, right? I wish I had better news for you, but it seems that my Black Widow Curse is unrelenting and she has her claws dug so far into Eifert that she can use him for a hand puppet. At this point, Eifert is not a “must-stash” in any format and there is no timetable for his return. You are better off nabbing someone else at this point rather than having to stare at those goose eggs and the “Out: Back” on your roster every week. Don’t do this to yourself. Quit it.

Hunter Henry, TE, San Diego – Admit it, we are all guilty of having the wondering eye now and again. We have someone we love and adore and have been faithful to for years, when along comes someone new and next thing you know, you want to add him in your leagues. What? I was talking about Fantasy Football. What did you think I was talking about? IN Week 6, Henry led San Diego in targets, catches, and yards against a tough Denver defense. He has also managed to insert himself into the end zone in three straight games. What’s that? Your butthole is all puckered because he is a rookie and playing with Antonio Gates? Look, I started this segment with talk of better things and a wandering eye. Gates is old news and Philip Rivers is showing new love to Henry. Even with Gates in the lineup, I will be so bold as to call Henry a TE1 in Week 7 against a weak Arizona defense. At just 35% owned in most leagues, you should be hunting this Henry on the waiver wire this week. Go on, you deserve some fresh meat. Hit it.

Antonio Gates, TE, San Diego – Don’t look so surprised, you knew this was coming. I forewarned you in the previous synopsis. In Week 6, Gates was out-targeted, out-played, out-snapped, and out-gained by Hunter Henry. Gates saw some action on the Chargers’ first play of the game, but he dropped the ball. Sure, it was his second game in five days following the hamstring injury, but Henry is sliding into DMs all over the place and there does not seem to be a single thing Gates can do to stop the end of this relationship. Henry is performing like something from a teenage girl’s wet dream and Gates is slowing turning into a nightmare. It is true that Rivers trusts Gates (don’t ask me why) but honestly, he is a touchdown-dependent TE at this point. He is still a low-end TE1, but really low end. I’m talking “Wingman banging the ugly friend so you can get the hottie” kind of low-end. There is so much more out there that can give you all you wanted and more. It’s just not Gates anymore. Quit it.

Ty Montgomery, WR, Green Bay – You all know me and know that I like a man who is good for more than just one thing. Unfortunately, that is hard to come by. You also know that even though my Black Widow Curse likes to feast on the man-flesh on your rosters, I feel obligated to help you plug holes where and when I can. You know my motto: “If you have the hole, I can plug it for you.” Wait, shouldn’t that be the other way around? Oh, well, humor me. Back to the issue at hand. I know that quite a few of you are homers and some of you are Cheesehead Homers. So, because I have a little something for everyone, this one is for you and comes from my cold, black heart. Catching 10-of-12 targets for 98 yards and adding three rushes for six yards, Ty Montgomery took advantage of a lack of Running Back depth in Week 6. Even with Eddie Lacy’s inevitable return potentially limiting some snaps for Montgomery, he still has the potential to see work as a receiver in the absence of Davante Adams. At just 1% owned in most leagues, Montgomery is a must-add in all formats given his match-up with the Bears Thursday night. Go on, whip it out and Hit it.

Jacob Tamme, TE, Atlanta – WTF??! Another TE? Wow! I can’t believe I am doing this, but here we are. As long as my love Jordan Cameron isn’t on this list, I can deal (P.S…I will NEVER include him on this list). Let me start this segment with a little sports headline on Tamme from Week 5: “Jacob Tamme does nothing against the Broncos.” Ouch. Since then, he has caught 2-of-3 targets for 16 yards in Week 6 and drew fewer targets than Levine Toilolo. He has also been contained to five catches for 20 yards over his past three games. Remember when Tamme was a TE2? Yeah, me either and it seems that this cache is dropping rapidly and has all but disappeared. If you Google him, you see things like, “…not a viable streaming option in…” and “gained one yard on his only target.” Pathetic. I know that some of you degenerates will settle for anything you can get and use anyone to plug that hole, but we have already established that I have higher standards than that. You do what you want, but this girl is going to look elsewhere and cut some limp and dead meat from her roster. Follow me (or don’t), but I have to Quit it.

There you have it my Horde! All of the pearls of wisdom that I, your loyal Goddess, has to bestow this week. Remember, as always, I am not preaching gospel here; just giving you some ideas for a little plug that hole action. Don’t forget to follow me on Twitter @Soxfan012 for all of my musings, shenanigans, and overall awesomeness. Until next week, my lovelies, remember your bail money and always, ALWAYS use a rubber.