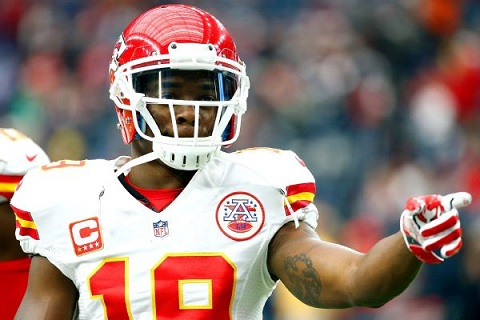 Well, well, well, look whose back!  It is me, your fearless Fantasy Football Goddess!  Yes, it is true that I had abandoned all of you the past few weeks.  Let this be a lesson to all of you, never, and I mean NEVER travel to Yemen with 2 kilos of hash stowed away in your hooter.  At least, not unless you have an endless supply of money to throw at the Yemeni (is that a word?) government to let you out.  So, needless to say, I am finally back in the states, hooter is back to its normal shape and size, and I am a better person for it.  All in all, it was an experience and I am happy to say that I learned that 2 kilos is 1.5 kilos too much.  So how are we all doing?  It’s been a rough few weeks in the fantasy realm, I see.  I have taken quite a beating myself (body cavity searches aside) and I am at that point in the season where I am throwing in Jose at running back.  You all know Jose.  He was the groundskeeper that I picked up last year and held onto in a lifetime keeper league.  Sure, he doesn’t put up quite the points that I would expect him to, but hey, he puts up more points than most, am I right?  Well, since I know you are all chomping at the bit to hear what gospel I have to bestow upon you this week, I will delay no more.  Here you are, my loyal horde, Week 11’s Hit it or Quit it.

Jeremy Maclin, WR, Kansas City – Well, well, well, call me surprised that Jeremy Maclin is hurt again.  I know that you are reading this and probably can’t pick up on my sarcasm there, but let me just tell you that I am laying it on pretty thick.  I don’t know what I was thinking picking up this mess this year.  I was all about Alshon Jeffrey being made of glass and what not that I did not consider that Maclin was made of porcelain.  This time it’s his groin.  Don’t even get me started on the array of jokes that I can make to that expense.  He is making it too easy to insult.  You have plenty of other options like the aforementioned Tyreek Hill, Albert Wilson, or Chris Conley.  All I can say is thank the other Goddesses that I own Travis Kelce because if it weren’t for him, my already salty view of Kansas City would become the Dead Sea.  Again, I am not saying drop him completely (although I am considering it because he has not satisfied any need for me at all, whatsoever), but there is plenty of other skill and want to go around.  I am just going to end this sentence here and move on.  Quit it.

James Starks, RB, Green Bay – So much for being “eased back into action”, right?  In his first game back from a knee injury, Starks played 55-of-78 snaps while previous HBIC Ty Montgomery was limited to just a limp 22 plays.  I am not sure what is going on there, but it looks like Starks is making his presence known regarding who is in charge in Green Bay, and who will be the lead back moving forward, injury or no injury.  For now, Monty should be considered an upside stash but expect to see him as a future quit it in weeks to come.  Right now, Starks is just 27% owned in most leagues, so if you are hurting and need a little back action, Starks is your go-to man and should be owned in all formats.  Do it you sassy little monkey.  Hit it.

Tyreek Hill, WR, Kansas City – At just 16% owned in most leagues, Tyreek Hill should be a steal for most of you. I mean, where else can you get some quality action for such a low price and not walk out with a case of Super Herpes?  I’d like to know…I’m waiting…Anyhoo…Hill caught 10-of13 targets for 89 yards in Kansas City’s week 10 win over Carolina.  Sure, I know it was Carolina and my dead grandmother could receive for 80 yards against that dumpster fire, but there is no way her zombified hip would hold up long enough to allow her to be as explosive on punt returns or carries out of the backfield as Hill.  If that was not enough to tickle your pickle, the moniker of “Chief’s Touchdown Leader” should send some blood rushing to your withered man bits.  Your significant other will thank you.  Hit it.

Rishard Matthews, WR, Tennessee – I hate to say this, but I may be a bit too late to save your asses on this one.  A few weeks ago, I picked up Matthews because he and I have a history, you see.  He has never really been a HUGE producer for me, but he filled a need, a hole if you will, that I needed filled in the past.  And, much like the responsibility of an old ex and the necessary booty call for old time’s sake, Matthews stepped up to the plate for me.  This time, however, he came with about six extra inches of manhood and he has been blowing things up for me over (aforementioned hooter excluded) the past few weeks.  At this point, he is about 54% owned in most leagues, but you may still be able to get lucky and bust off a piece of this Hondo.  He has caught five touchdowns in the last five games and appears to be becoming a big threat moving in to week 11.  One thing to be cautious of is that he has never (past included) quite developed a ceiling but he is looking like some prime WR3 material for those of you looking for some action in that area.  I know it isn’t pretty, but he is always there if and when needed.  Go on, hit it.

Allen Hurns, WR, Jacksonville – Those of you who have been reading me for years know that I like my men concussed.  They are much more pliable and obedient that way.  Now, in the football realm, well, not so much.  On another note, is it just me or are a lot of players getting their heads whacked this season?  Anyway, back to the task at hand…Hurns was listed as questionable this past week but did play.  Some say that he was probably better off staying home because he only managed a flaccid 2-of7 targets for 13 yards, even with Hurns playing his normal role with the Jags.  He was constantly targeted on errant passes by an equally bad Blake Bortles, it looks like Hurns may be seeing more responsibility at running slots than making the big plays that some of you are still holding out hope for.  One thing is for certain, concussion or no concussion, Hurns has taken a huge step back in his fantasy worth this season and right now he is looking like what’s left at last call in that dive bar on your local street corner.  I am not going to tell you to drop him completely, because a Goddess knows that there are many of you out there who are loyalists and hope that he is going to make a huge turn around.  And that is fine.  But all I have to say is hope in one hand and sh*t in the other and see which one fills up faster.  You don’t have to drop him completely, but you’d be a first class moron if you didn’t quit this wet fart soon.  If you are sane, do the right thing, quit it.

Bilal Powell, RB, New York Jets – I know I am going to get some flack for having Powell on here because he is putting up adequate numbers, but I am sorry, I am not a woman who will settle for adequate and neither should you.  Let’s be honest here, the real hero of the Jets is Matt Forte.  And let’s face something else, Powell hasn’t been much of a stand-alone fantasy option all season.  Granted, he does have some lower-end value, but now that were are staring down the barrel of upcoming playoff weeks, is that what you are really looking for?  Chances are, you may be able to pass him off on someone else, but if you are a Jets loyalist, you really need to send Powell some messages so that he can go all Black Swan on Forte, because that is the only way he will develop some every-week RB2 worth.  At this point, Powell is nothing more than an RB4.  See if you can unload him on someone else, or slip your buddy some roofies and make the trade for Forte for him.  He won’t remember a thing, I promise.  You are so much better than “adequate”.  Go out there and grab some good players by the balls (figuratively of course lest you be arrested for a sexual offense) and take ownership of these upcoming weeks.  But this, my loves, quit it.

There you have it, my loyal horde, another week’s worth of all of the sexual innuendo wrapped in fantasy football talk you can handle.  Love me, hate me, whatever, I am the one with the column.  Remember to follow me on Twitter for all of my general awesomeness, musings, and day to day escapades.  Until next week, remember, always use a rubber!