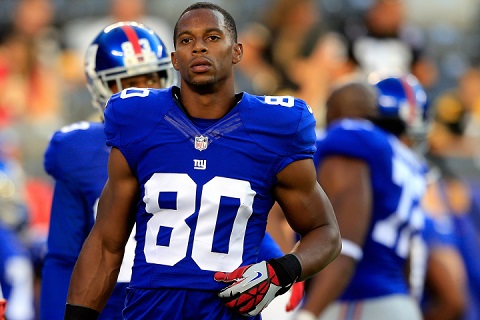 Well, here we are ladies and gentlemen, convicts and inmates, perverts and peepers, Week 13 of the 2016 Fantasy Football season. This also marks my last article for the year as many of you will be on your own as the season winds down. I hope that you will all be able to manage without my weekly doses of awesomeness until next Fall, but many of you continue to have masturbation shrines to me in your basements, so it’ll be like I never left. How are we doing? Me, I have about three out of five leagues where I still have a shot at taking home the Shiva thanks to the waiver wire, some good old-fashioned voodoo, and a couple of human sacrifices. Let’s just say, Jobu has had more than a few refills this year, but hey, whatever works, right? Now that we are down to the wire, there are some really slim pickin’s on many of the waiver wires and my Black Widow Curse continues to feast on man-flesh, but on the bright side, she is also allowing some people to make it back from oblivion and certain doom, so there is a silver lining, I suppose. Let’s see what magic I can work for you this week and give you that extra fluffing to boldly make that erect march into your 2016 Fantasy League stardom. Without further ado, I give you the last 2016 edition of Hit it or Quit it…

Victor Cruz, WR, New York Giants – At the beginning of the season, Seth the Sportsman and I had some hopes for Cruz. There is no better comeback story that someone returning from such a devastating injury and dominating the league. I, for one, didn’t think he would manage to stay healthy given the severity of that injury that took him out last season, yet here he still is…just existing. All season, Cruz has provided no upside at all, zero, zilch. That Cinderella Story that we were all hoping for in the form of a monster comeback? Yeah, it fizzled out faster than a virgin with his first erection. Truth is, he has not been fantasy relevant all season and with just two catches over his past two games, it is hard to even imagine how people even know he is still playing. I mean, he is 14% owned which, to me, seems a little high given his lack of playmaking all season. Take Week 12 for example. The Giants had the Browns. Yes, the Cleveland Browns. It should’ve been a huge playmaking week for Cruz, yet they managed to hold him to 37 yards. He caught 1-of-5 targets for 37 yards…that’s it. Ok, I know I am beating a dead horse here, but I am basically pleading to the 14% of you Dingleberries who are taking up a roster space with this nonsense. Is it that you have set your standards too low? Ah, come on, lovey, you know you can do better. Sack up and quit it…for me…please.

Dion Lewis, RB, New England Patriots – It is no secret that I am a Dion Lewis fan. And, despite Zach Robinson’s attempts at his own Black Widow Curse, Lewis has managed to make it back to playing time in Week 11. In Week 12, Lewis roped in five targets while splitting time with James White. Lewis played on 23-of73 snaps and out-touched White 10-4. Us Dion loyalists are aware of what Lewis can do, and with only a few weeks left in the regular season, there is some speculation that he will continue to out-touch James White right out of relevancy. For now, you can be sure that they will be splitting time, but expect that to change in favor of Lewis. If you don’t own White, go for Lewis heading into your playoff weeks because (if you keep reading) White more than likely won’t be worth starting in the coming weeks. So, take it from me, I can’t pick him up because Jay Wrong beat me to it on our Razzball Writer’s League, but you, you my sexy little monkeys may be able to snag him up. Those wonky knees tend to make those less risk-taking fantasy prudes pucker their buttholes. Jump all over that like a sauced up Roethlisberger on a co-ed at a frat house kegger. Hit it.

Colin Kaepernick, QB, San Francisco 49ers – Yuck. I can’t believe it has come to this. I am holding back the taste of vomit and bile as I type these very words. Colin Kaepernick has made my hit it list. Look, all that attention-seeking kneeling and “sending a relevant message using the wrong platform” nonsense aside, this dumpster fire of a now back-up Quarterback is getting attention the right way…by playing like he should have all along. Look, I am not one to praise someone for doing what they should have done all along, and I am not about to start here. I still think Kaepernick is a sh*t Quarterback but even sh*t can grow flowers. He managed to complete a solid 29-of-46 passes for 296 yards, three touchdowns, and only one interception in the Niner’s Week 12 loss to Ryan Tannehill and the Dolphins. Kaepernick also managed to add 10 carries for an additional 113 yards, which were the most of his career, including playoffs. It is sad to say, but he has been an improvement over Blaine Gabbert and heading into Week 13, he had the Chicago Bears. Look, do what you want with what you want, just don’t make me an accessory. Sure, if you pick him up you may feel dirty, but its playoffs and we have all done things we are not proud of. I, for one, won’t judge you. Just don’t tell me about it and we can all keep out dirty little secrets. If you are feeling particularly dirty and want to understand what filth on filth feels like, hit it.

Marquess Wilson, WR, Chicago Bears – Are you desperate and need help at your wideout position? Did you pick up Colin Kaepernick as I suggested and are wondering if you could feel any dirtier? Well the answer is yes! See, I told you that it was not going to be pretty on the waiver wires this week and picking up a Chicago Bear should solidify that for you. But here is something you missed, Marquess Wilson is not as shaming of a pick as Kaepernick should be for you, and here is why. Wilson caught 8-of-11 targets in the Bears Week 12 loss against Tennessee and seems to have taken the eye of QB Matt Barkley. Wilson also managed to finish with more yards and targets than Cameron Meredith. Ok, he did drop two sure thing touchdowns, but he has the Niner’s in Week 13 and would make a mighty fine streaming option, if you were so inclined. You and I both know that there are some things which are guaranteed in this lifetime. The sun will always rise and set, compasses will always point to true North, and Eddie Royal will always be injured so you should not worry about Wilson losing time if Royal returns. If he does, it won’t be for long. At just 1% owned in most leagues, Wilson makes for a decent WR4 option at worst. Just close your eyes and hit the button. Take a risk, you won’t end up with the Clap from this one. Hit it.

James White, RB, New England Patriots – This one pains me a little. Most of you know that I am a die-hard Pats loyalist and to even think of having one on my quit it list is heartbreaking for me, yet here we are. Not to mention that I own White in several leagues and he has helped me through some tough times. With that, it pains me to remind you that Dion Lewis is back and will more than likely be cutting into James White’s playing time and touches. Although he did manage three more snaps than Lewis in Week 12, Lewis out-touched him 10-to-4. As Lewis continues his return from another knee tear, you can expect him to be eating into White’s time which makes him a risky play, even in standard PPR leagues at this point. Ok, I know, I am always telling you to take risks, but even I have limits to what I will subject myself to. I still have White on a couple of my rosters but it seems that I will have to give him a comfy spot on the bench because this is the cut-throat world of fantasy football playoffs. Where men are men and women eat the men for breakfast. Sorry about this one, folks, I have to tell you to quit it.

C.J. Prosise, RB, Seattle Seahawks – Since I have worked so hard all season to bring you the best picks and drops, I figured that I would take the easy way out and make my last quit it of the season a no-brainer. In case you have been incarcerated or living in a dumpster, it has been reported that C.J. Prosise has a fractured scapula (shoulder blade for the layman) and more than likely won’t return for the remainder of the regular season. Coach Pete Carroll confirmed that he will “be re-evaluated in a couple of weeks” and when asked when a speculated timeline for a return would be, replied, “we won’t know for weeks.” A best-case scenario has Prosise returning for playoffs but I am not sure I would stake my fantasy future on that. And even then, the fantasy season and playoffs are over before the NFL playoffs are, so you really don’t want to take that chance. 27% of you still own him when in reality, you will get more benefit from Thomas Rawls or Alex Collins. Listen to your ever-faithful Goddess, and remember, my reputation is at stake here too. Show me some love after all of the love that I have given you over the years and the seasons together. Quit it.

Well, there you have it my lovelies! Another season of Hit it or Quit it is in the books. Remember, although some of you may take my word as gospel, like all beloved Deities, I give you all free will to do with whatever you wish. I want to thank you all for being the continued loyalists you have been and I look forward to our time together next season. Best of luck in your Fantasy Football playoffs and please let me know how you do. Continue to follow me on Twitter @Soxfan012. Until next season, my lovelies, remember to always wear a rubber! XXXOOO