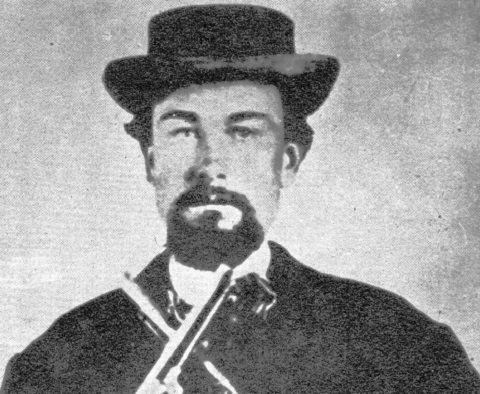 Welcome back, my Horde!  What an eventful week it has been.  On one hand, I did manage to survive my trip to “Filthadelphia” this past week, but it seems that I am on a terrible fantasy losing streak these past 2 weeks and can’t seem to catch a break.  Even the waiver wire was not kind to me this past week and I am convinced that it is now in cahoots with my Black Widow Curse.  C’est la vie.  The Fantasy Gods giveth, and most of the time they taketh away.  So, how are all of you this week?  Beaten, battered, and bruised?  No?  Then perhaps you need to experiment a little more, and I don’t just mean with your rosters, but I digress.  It also looks like my Black Widow Curse feasted on some more tasty man-flesh this week, so I am sure you all have quite a few holes to fill (which may be a new concept for some of you).  So, let’s get down to business, shall we because time is money, and honey, I ain’t cheap.  Ladies and gentlemen, convicts and inmates, perverts and weirdos, I give you what you all have been waiting with baited breath for…the Week 6 edition of Hit it or Quit it!

Jesse James, TE, Pittsburgh Steelers – Okay, I am not just putting Jesse James on here to make the Yinzers in my hometown fall in love with me; I just want to be clear about that.  But, whatever happens because of it, happens.  I welcome all kinds of love, as I think I have already established.  Bottom line is, you, my faithful Horde, all know how I so love a good Tight End (Jordan Cameron, you know I am talking about you, Lover).  Let’s face it though, you gotta love the title, right?  How many of you read this specifically because you thought it was a porn reference, huh?  Go on, you can admit it…I’ll wait.  There, now that we have that out of the way and you are all still wrapping your brains around the fact that I know the porn version of Jesse James, let’s get down to business.  Wonky ear aside, James is not a bad option for those of you who are looking for a nice TE to plug up a hole…wait, what?  The innuendo is strong today, but I am on fire, so let’s keep going.  James caught 6-of-8 targets for 43 yards and a touchdown in Pittsburgh’s Week 5 win over the Jets.  James also played every snap and seems to be seeing a bigger and better role as the weeks go on.  He currently has scored three times in five weeks.  Don’t let his 18 ropes for 128 yards scare you, he is a fairly solid TE2 for anyone who is suffering in that area right now.  Granted, some feel that he is a touchdown-dependent streaming option, but at just 23% owned in most leagues, you could do a lot worse.  Take that crazy ear and Hit it all day.

Jeremy Kerley, WR, San Francisco – Let’s face it, San Fran is a shit show right now and the only attention they seem to be getting is from an obscure back-up QB with nothing to lose.  Despite that, there is some attention that does not seem to be going unnoticed on the waiver wire…enter Jeremy Kerley.  Slowly emerging as a top-30 receiver in PPR leagues, Kerley also seems to be coming forward as a workable bench option in standard leagues as well.  This past week he caught 8-of-13 targets for 102 yards and a touchdown in San Fran’s loss to Arizona.  For the past two weeks, he has also netted his 9% of owners with double-digit fantasy points and appears to be emerging as the Niner’s most productive receiver.  He still remains a WR3/4 option in most leagues, but I expect that to change, should his rise continue.  And you know with some men, once they rise, look out!  So, what’cha gonna do?  I know the WR herd is pretty thin right now and it’s basically 2am and the lights are coming on.  You can do a lot worse, and you know you have.  So, reach down deep, put your pride away, and take one for the team.  You want to win and sometimes you have to do what you don’t want to do to make that happen.  Go on you sassy little monkey, Hit it.

Devontae Booker, RB, Denver Broncos – Whew!  I am just spreading the love all over the place today!  TE’s, WR’s, and now an RB?  It seems no one is spared from my lovefest this week.  That’s okay, I am a tender and passionate lover and a little variety is the spice of life.  So, I’m going to start this pick with a “why haven’t you added Devontae Booker in your leagues yet?” question.  Okay, sure, I am pretty certain you all have your reasons (one of which is probably the presence of C.J. Anderson), but come on, really?  Let me just tell you why you need to get in on the Devontae circle jerk.  For one, Booker plays early and quite a bit.  Second, his 59 yards in Denver’s loss to the Falcons were only three yards fewer than Anderson.  Booker also only saw four less touches in the game.  Something else for you to consider is that if Anderson goes down (wink, wink) Booker could be looking at 15-20 weekly touches with Denver’s offense, which appears to be very run-heavy.  With that in mind, throw caution to the wind and go for broke because Booker should be added in most leagues.  Don’t wait to get on this love train.  Do it.  Hit it.

Derek Anderson, QB, Carolina – Ladies, we all know that one guy who promises big, but when the time comes to put his money where his mouth is, well, let’s just say I am glad that I have old B.O.B. stashed in my nightstand drawer.  Guys, I am sure NONE of you are guilty of this, but you have that one friend who fits this bill.  Am I right?  Well, Derek Anderson is that guy.  Coming in to play for a concussed Cam Newton, Anderson had an entire quarter of game to role play some kind of superhero/damsel in distress act, and all he did was disappoint.  Completing 17-for-23 passes for 172 yards, two touchdowns, and two interceptions is just not the kind of performance a woman of my caliber, expertise, and desires needs to be impressed.  No, I’m not high maintenance, just intelligent.  How do you throw a pick-six on a two-point conversion?  How?  Just, how?  I can’t wrap my brain around that one.  Not that Cam Newton has been that great this season, but if he is out and Anderson is Carolina’s only hope then you are doomed…DOOMED!  I have seen turds that float better than this.  There are plenty of QB options out there on the market and with Carolina’s defense showing up on milk cartons as of late, you are best to steer clear of this giant cold sore.  You will thank me later.  Just no.  Quit it.

Markus Wheaton, WR, Pittsburgh Steelers – Whoa!  Two Steelers in one article?  I bet the whole of Yinzer nation just creamed in their pants!  Don’t get all chubbed up just yet.  This one isn’t good.  Remember how I said that the Carolina Defense has been showing up on milk cartons lately?  Well, Wheaton is now showing up on billboards as missing because the milk cartons just weren’t cutting it.  It is official; Wheaton is now so far down the depth chart that even a black hole is shallower.  Once Eli Rogers returns from his toe injury, I’d expect to see Wheaton selling hotdogs and Iron City beers in the stands (or t-shirts in the parking lot).  He has been outplayed, out targeted, and has basically been a non-factor since returning from his own injury.  Seriously, did anyone expect anything from him?  I mean, I ended up with him like some bad one night stand decision in one of my leagues in like round 14.  Hey, I needed to pick someone, anyone, and I knew I’d be ditching him come week 3 anyway, so what the Hell, right?  At least I had the good sense to not play him then dump him like last night’s Taco Bell when the time came.  He’s still 25% owned in most leagues which only means one thing:  25% of people like someone who just lies there.  For shame.  Please, for the love of all what is sacred and Holy, make me, your ever-loving Fantasy Football goddess happy and Quit it.  You can do better my lovely.

Michael Floyd, WR, Arizona Cardinals – I am not going to lie.  This one hurts me a little bit.  I have always been a Michael Floyd fan and he has done right by me for a few years now.  I was not able to grab him this season and it’s a good thing too.  Oh, how the mighty have fallen.  Well, maybe no “mighty” per se, but he was always there with the lovin’ when I needed him.  Now, it seems like he is working too hard to make things happen and he is shooting blanks.  He has also lost out his starting job to John Brown and has only seen 58 snaps and 10 targets over the last two weeks.  It’s like he is trying to make it work, but the little blue pill isn’t kicking in.  It is sad to watch really because he is a likeable and (has always been) a trusty go to.  To add insult to injury, it also looks like Carson Palmer may be returning this week, but Floyd is just not able to get it up like he used to.  So, as much as it pains me, I am afraid I have to tell you all to Quit it, for your good and my own.

Well, there you have it, my Horde!  Another week of Hit it or Quit it is in the books.  Remember, I am not preaching Gospel here, merely giving you Mortals something to think about when you are digitally manipulating your rosters.  Remember to follow me on Twitter @Soxfan012 for all my musings, shenanigans, and witty repartee.  Until next week, my lovelies, always, ALWAYS use a rubber.