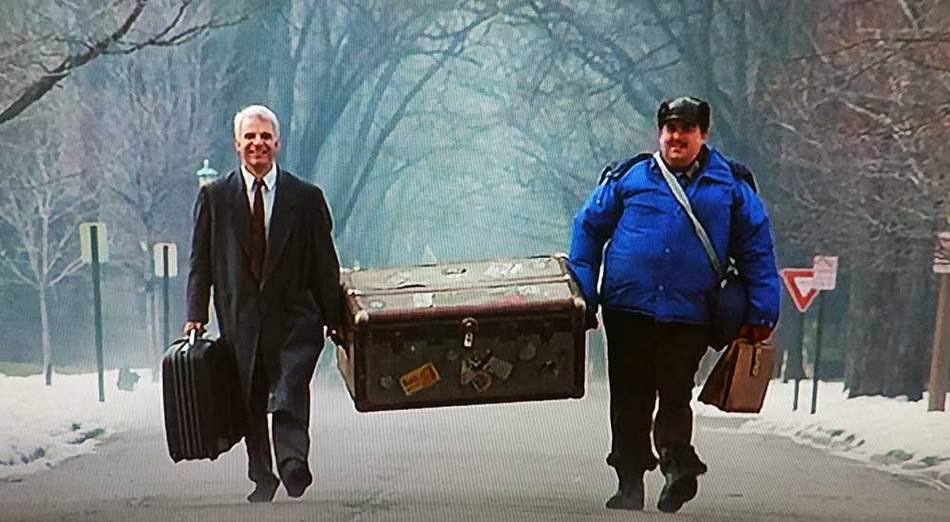 Reid here to drop some more hot takes on this lovely August Tuesday. This week we will look to the North divisions for some spicy predictions. Let’s get started…

Yup. He was my favorite WR coming out of college this year. At Memphis, they moved him all over the field and he was always finding ways to get open. That’ll be useful in this Matt Nagy offense that will try to incorporate a lot of misdirection and scheming players open. I think Mitchell Trubisky ends up relying on Miller quite a bit this season, especially in the underneath passing game.

Detroit Lions:  Kenny Golladay actually breaks out this year and ends the season as a solid WR2 in all formats.

I have faith in Jim Bob Cooter (elite football name) to utilize the weapons this offense has. They’ve improved the O-line and will have actual RB’s gain actual yardage when they carry the ball. This, in theory, should open up the passing game a little. I still believe Matt Stafford has a top-3 arm in the NFL, and he’ll finally be able to take those deep shots to Golladay and connect on them. With Golladay finally being healthy, I expect him to flourish in his sophomore campaign.

HEAT. But seriously. I absolutely love Rudolph this year. He’s been very reliable in the past, but there’s one big difference this year that seems to be going under the radar from most of the big pundits out there. Their OC is my personal fav Joe DeFillipo. He was just in Philly where Zach Ertz was a monster in fantasy football and in actual games. Rudolph has so much talent for the position and I cannot wait to see how DeFillipo uses him. Let us not forget how much Kirk Cousins loved to throw to both perma-injury report attendee Jordan Reed and the guy who you seriously wonder how he’s still productive at this age in Vernon Davis. I don’t care that Cousins has both Adam Theilen and Stefon Diggs on the flanks. It just opens up the middle of the field that much more.

Yeah I said it. The guy who is currently TE4 according to ADP and is being drafted in the middle of the 5th round is going to be nowhere near that value for you this year. Last year he caught 10 touchdowns, which fantasy owners loved if they had him. Then again, TD’s are mostly a crapshoot and it is very risky to rely on a TE getting 10 TD’s in a season. There is a two-fold problem with Jimmy Graham that feels like they dwarf the elephant in the room. The first is that in recent years, Graham has struggled to remain healthy. While he has played in an average of 14 games over the last three seasons, he’s been battling through injuries for a good amount of that. Just because a player plays in the game doesn’t mean they will be 100% healthy and effective. The second issue is that Aaron Rodgers has not really been known to throw to the TE with consistency. It’s not like he has never had talent at that position either to throw to. In the last four seasons where Rodgers plays the full schedule, GB tight ends have averaged  37.7 YPG,  0.33 TD/G, and 5.7 Rec/G. To be blunt, that’s dreadful. The last thing I’ll say about this is that Marcedes Lewis is the TE2 in Green Bay and could siphon some targets away from Graham. I’m fading Jimmy Graham this year and for good reason.

Not really much of a hot take here. Tyrod Taylor leading the huddle means that he will rely heavily on the TE because, well, Tyrod loves throwing to the TE. I also trust Todd Haley to identify early on that Njoku is a matchup nightmare for most LB’s and S’s in coverage. I mean, just look at how often Taylor made Charles Clay viable on a weekly basis even when my Buffalo Bills had wideouts like Sammy Watkins, Robert Woods, and Marquise Goodwin to throw to (I may be crying a little as I type that). I will say this though, Njoku’s value does not depend on Taylor being the QB. I think even when (you read that right) Baker Mayfield takes over the starting role in Cleveland, Njoku will still have massive value. Now for my uber spicy take.

Hot Take 2: The Cleveland Browns will only win 1 game this season as long as Hue Jackson is the head coach of this team.

Yup. I said it. I told the rest of the Razzblitz Pod crew that Hue Jackson was the Michael Scott of coaches (except Michael Scott led Dunder Mifflin to an impeccable sales record and was a very profitable branch under his tenure). After watching Hard Knocks, it is quite clear that Hue has no control over his team or his coaches. I’m pretty sure we’re going to hear rumors of turmoil in the coaching room by Week 5. Then we will see Gregg Williams and Todd Haley lead a mutiny by about Week 8 after the Browns lose their second game to the Steelers and it not be remotely competitive. Week 11 is their bye week, so I expect that “clean slate” that Cleveland ownership gave Hue to pretty much go away. This will also include exactly 3.75 Jarvis Landry sideline meltdowns (which will be completely justified) because the team will commit stupid penalties or Hue will take timeouts at the absolute worst times.

Baltimore Ravens: Joe Flacco ends the season as a top-10 QB and shows all the haters that he is ELITE.

Yup. So here’s a couple things. The offensive line was an absolute albatross last year with all of the injuries they sustained. Pair that with a some new weapons for Flacco to throw to (Michael Crabtree and Hayden Hurst) and sprinkle on the fact that it’s essentially a contract year for Flacco who will surely have a new home in 2019 (Lamar Jackson will absolutely be the 2019 starter) and call me Wacko for Flacco this year. It is no secret that players normally outperform their averages during contract seasons, and Flacco is no different. I mean, if you want value, Flacco is currently going behind QB’s like Jameis Winston and Baker Mayfield, the latter of which isn’t even the damn starter for his team! The late-round flyer on Flacco (especially in 2-QB leagues) can prove instrumental to helping you win your league this year. It also saves one of the waiver claims that you’ll need to make after the first week of the season.

Pittsburgh Steelers: James Washington finishes the season as an elite Flex play and cracks the top-50 WR this year.

There’s really not much in terms of hot takes with the Steelers. They should be able to win the division again with relative ease. That being said, Washington is an absolute burner who can fill the deep-threat role nicely in Pittsburgh. Washington is currently being drafted as WR90 in ADP and I just don’t understand that, especially when I see fossils like Eric Decker, who I have no faith in actually being productive with the Patriots, being drafted as WR68. Ben Roethlisberger will surely spread the ball around and I expect Washington to be on the receiving end of a good amount of those deep passes. He has the potential for a 3Rec/107yrd/1td stat line any given game.

Cincinnati Bengals: Joe Mixon disappoints yet again and will not be a top-20 RB this year.

WHAT! BUT REID! THEY GOT RID OF JEREMY HILL! NOBODY WILL VULTURE HIS TOUCHDOWNS THIS YEAR!

While this is somewhat true, there is the one player still in Cincy that, so long as he’s on the roster (and Marvin Lewis the HC), will always siphon off too much action from Mixon. Enter the Giovanni Bernard effect. Even though Mixon is the more talented RB, Bernard is going to siphon off enough touches and work (especially on passing downs) that the Marvin Lewis favorite will keep Mixon from fulfilling his fantasy owners wishes of being worth RB15 and a late 2nd round pick. I’ve learned in life that just because something makes sense and it seems obvious, never assume those in control will be logical or use sound reason for their decisions (Looking at you Browns ownership). So if you are just assuming that Mixon will get all of the touches and goal line carries this year, I have bad news for you. Bonus Hot Take: A.J. Green finally gives us a top-5 WR fantasy season and owners who live life in the fast lane by drafting him in the mid-2nd round will be golden.

That’s it for this edition of Hot Take Tuesday. Next week I’ll finish up my Preseason Hot Takes before getting into the regular season action. Later this week I will be posting a little thing about Keeper League decision making and analysis that may help those of you in Keeper leagues with tough decisions to make.

Thanks for reading and if you have any comments or just want to yell at me because you’re a Hue Jackson believer, post in the comments section and I’ll reply as quickly as I can.