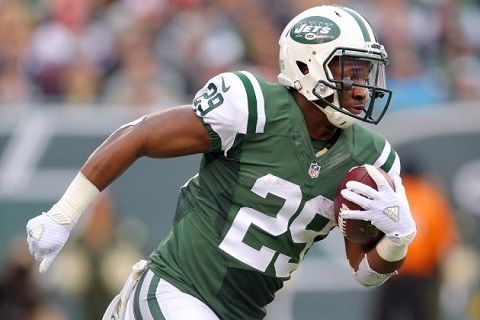 Welcome back to the Razzball streamer article.  I have some work to do after week 1.  None of my plays had big days and a few were downright awful.  Maybe I dove a little deep, perhaps things didn’t fall my way, or maybe I, flat out, don’t know what I’m talking about.  Whatever the case may be, I’m going to try and be more useful to you this week.

Joe Flacco, 24% owned – A man dies and goes to heaven.  This man meets God.  God says to the man, “I grant you one question about anything you ever wanted to know while you were on Earth.”  The man thinks for a split second before muttering, “Is Joe Flacco elite?”  God texts Satan, ‘Got another one for you’, obviously followed by a series of emojis.  We all know God’s emoji game would be flames.

This comes down to how awful the Browns defense is.  I wrote that you should stream them last week, my apologies.  Carson Wentz torched them last week to the tune of 278 yards and 2 touchdowns.  Joe Flacco played against a pretty bad defense last week as well, but not near the dumpster fire hell hole that the Browns are and probably will continue to be.  Anyways, Flacco should have a big day.  Flacco has 19 career touchdowns against the browns to just 7 interceptions including a 91.2 passer rating and 3 300 yard games.

Bilal Powell, 35% owned – This one is not as much of a sure thing as Flacco, but hear me out.  Matt Forte is an aging running back coming off of a good game in which he received a lot of touches.  The Jets are coming in to Buffalo on 4 days rest and its only week two, so why not even out the workload a little bit?  Powell carried the ball 4 times for 41 yards and caught 2 passes for 7 yards which is pretty good considering he only handled the ball 6 times.  Buffalo was middle of the pack last season against the rush, but they did end up giving up a not so stellar 4.4 yards per carry.  Throw in Rob Ryan and all of the other personnel issues and it’s going to be another sad day for Bill’s Mafia. If Powell can get something between 12-15 touches Thursday night, with a little luck, you could end up with a nice surprise.

Tyrell Williams, 31% owned – Tyrell Williams was able to turn in over 70 yards on his two catches Sunday versus the Chiefs.  Jacksonville’s personnel in the secondary, although better than last year, are still pretty new to playing together.  They held Rodgers to 199 yards last week, but they are playing a less vertical passing attack this week led by the almost always reliable Phillip Rivers.  Rivers throws the ball a lot and said something to the effect of Tyrell Williams needing to catch a lot of balls this season.

Virgil Green, 28% owned – The Broncos are certainly not facing the Panthers again this week and this is very good news.  The Colts let Matthew Stafford sit on their faces in week 1.  Stafford connected with his tight end, Eric Ebron for a touchdown and Virgil Green saw his fair share of targets last Thursday.  If this trend continues, I see good things happening against a wrecked defensive personnel.

Washington DST, 7% owned – Before you stream Washington, make sure that the Jet’s defense isn’t available.  They are 49% owned in Yahoo and are the surefire play of the week, but 49% ownership is a little too high for me.  I like to keep it under 40% in hopes of being realistic to as much of the audience as I can be.

Washington is playing against the Cowboys and Dak Prescott is certainly not running the high powered offense that Cowboy Nation swore he would.  Elliot was disappointing in his first NFL go round, but to my delight, the biggest disappointment was the play of Dez Bryant.  He will surely spend some of the day matched up with Josh Norman, and if I know anything about those two, Norman is going to get under Bryant’s skin.  Until I see otherwise, I am streaming against Dak Prescott.